On a recent visit to her former Notre Dame convent, Sister Elizabeth Dunn surveys the dramatic transformation that’s under way here at the cherished downtown landmark.

Sold to developers in 2014 and midway through a $9-million renovation, the 19th-century heritage building is set to open this spring as a luxury boutique inn and apartment suites in the heart of Prince Edward Island’s capital. 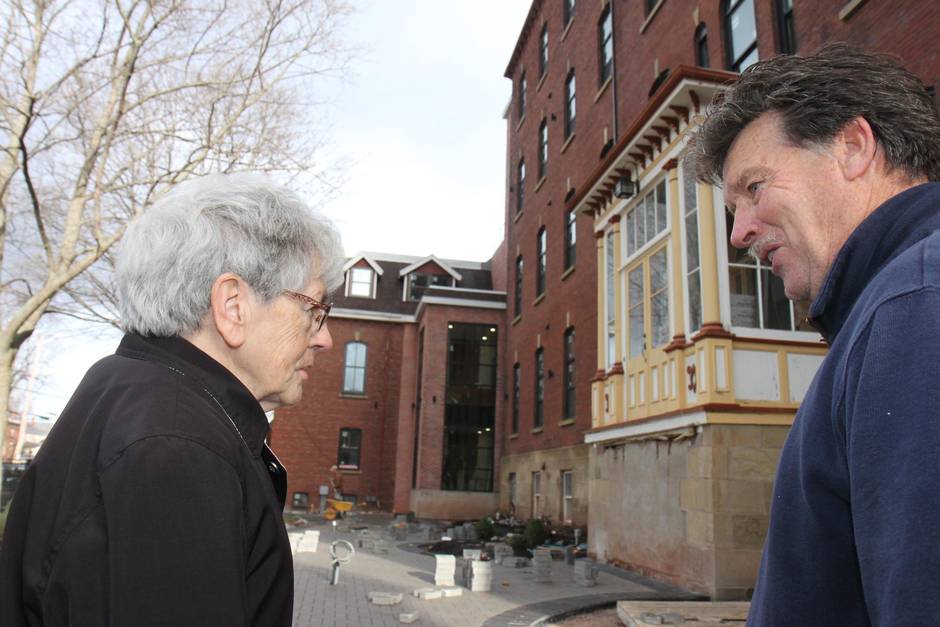 “I think it will be very suitable. ... People will want to come,” says Sister Elizabeth, the convent’s “local leader” until its closure in 2013. “It’s near downtown, convenient and there is a certain spirit about it.”

But renewal of a heritage-protected property is not for the faint of heart, with project delays and unexpected costs during this makeover. The project’s success now rests on a business plan targeting deep-pocketed tourists and business travellers.

“The developers who do it [heritage renovation] tend to have more specialized skill sets because there are hurdles in dealing with those kinds of buildings, whether it is from municipal planning approvals or restrictions in terms of what you can do,” says Greg Taylor, vice-president and managing director of Colliers International in Halifax. “It is definitely a more challenging development project and the guys who do it do it because they enjoy it.”

That fits the profile of the project manager for Sydney Boutique Inn and Suites, the renamed convent. “I have a great passion for old heritage properties,” says Gordon MacPherson, who has bought and sold historic inns in Charlottetown since 1999.

The appeal of renovating this particular property is understandable. The Second Empire building (one four-storey wing dates to 1869 with a three-storey addition built in 1911) exudes charm with its mansard roof, arched windows, gabled dormers, high ceilings, wide hallways and natural light. 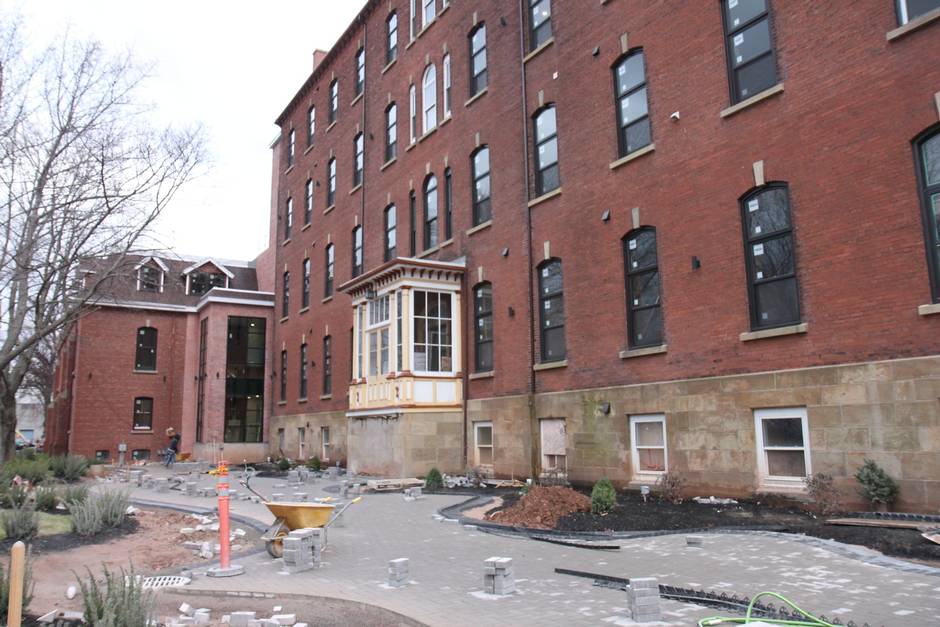 The Notre Dame convent was closed because of upkeep costs. Early concepts for the 19th-century building included a college dormitory, a hotel and a nursing home. (Photo: Jennifer Lewington/The Globe and Mail)

As project manager, Mr. MacPherson is acting for a group of investors: Charlottetown entrepreneurs Jason Aspin and his wife, Chunying Li, and two couples who emigrated from China to Prince Edward Island under the provincial nominee program.

He says figuring out a profitable new use for the building took time. Early concepts included a dormitory for nearby Holland College, a full-fledged hotel and a nursing home.

In the end, the investors opted for luxury accommodation aimed at well-heeled tourists and business travellers.

“We are creating a five-star concept in the boutique hotel and trying to achieve the same concept in the apartment suites,” says Mr. MacPherson. “There is consistency through the whole project.”

In recent months, though, the business plan for the suites was tweaked.

Instead of long-term rentals throughout the year, the suites now will be available for stays of up to eight months only in the off-season. In the summer, the units will be marketed through Airbnb starting at $450 a night, permissible under city bylaws, according to Mr. MacPherson.

“The Airbnb industry is one of the biggest providers of accommodation and it is a growing market,” he says, explaining the shift in thinking about the suites. “With the investment we have in this property, the return on renting out the units for apartments doesn’t justify the investment.” 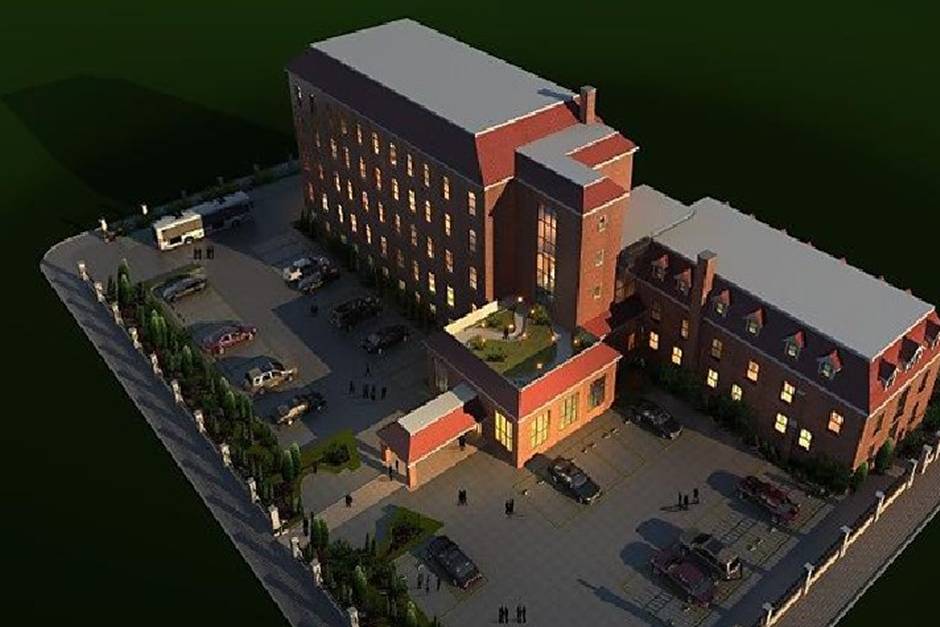 The inn and suites now are scheduled to open in May, more than one year later than previously anticipated by the investors.

Additional high-end accommodation in a city that already boasts several luxury heritage hotels and bed-and-breakfasts comes after a buoyant tourism season in Prince Edward Island and predictions of strong annual growth of 3 per cent to 2021. An attractive exchange rate with the United States, heightened interest from international travellers and investors, and an uptick in motor coach and cruise ship tourism are all favourable factors, say tourism officials.

“People want experiences that draw them to a product that has high-end value,” says Kevin Mouflier, chief executive officer of the Tourism Industry Association of Prince Edward Island.

His organization estimates 1.5 million visitors came to the island last year, with potential for an additional 250,000 a year more by 2021. Of total tourism revenue of $430-million in 2016, 80 per cent was generated by non-resident visitors. “There is strong interest for a high-end [hotel] property for people who are travelling, particularly from the United States,” he says.

Charlottetown Mayor Clifford Lee, who recently toured the project, is also optimistic about the demand for luxury accommodation.

“The city of Charlottetown over a number of years has started to attract a lot more business people who are prepared to spend that kind of money for a hotel for a few nights,” he says. “It is a new market that is starting to open up in Charlottetown and this [development] will only feed that market.” 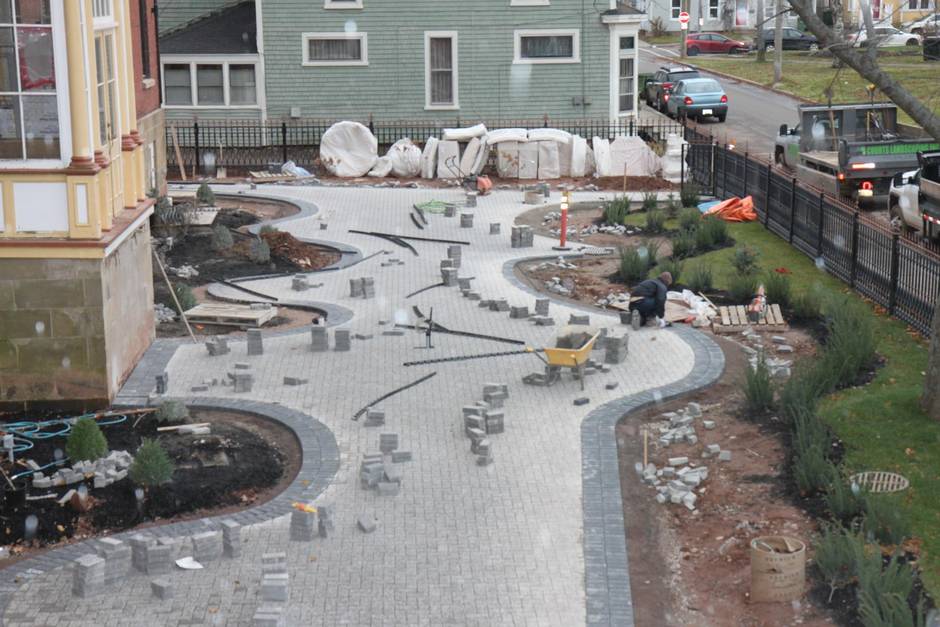 Renewal of a heritage-protected property is not for the faint of heart, with project delays and unexpected costs during the makeover. (Photo: Jennifer Lewington/The Globe and Mail)

The Congregation of Notre Dame of Montreal, a non-cloistered order of sisters known for education of youth, closed the property because of the costs of upkeep. Given early concerns that the former convent could lie vacant and unsold because of its size, the mayor is pleased by what he sees as quality features of the near-completed renovation. “Realistically, I don’t think there were going to be a whole lot of developers coming forth with the desire to give that building a new life,” he says.

Meanwhile, Sister Elizabeth, who first came to the convent as a schoolgirl and now lives in a Charlottetown nursing home, watches from a second-floor window as outside workers install a cobblestone path and inside trades people hustle by each other to complete electrical work, install fixtures and paint walls.

With fond memories of her former convent, she sees a new future for the old building. “It will live on, with the hospitality and welcoming spirit that was there before.”