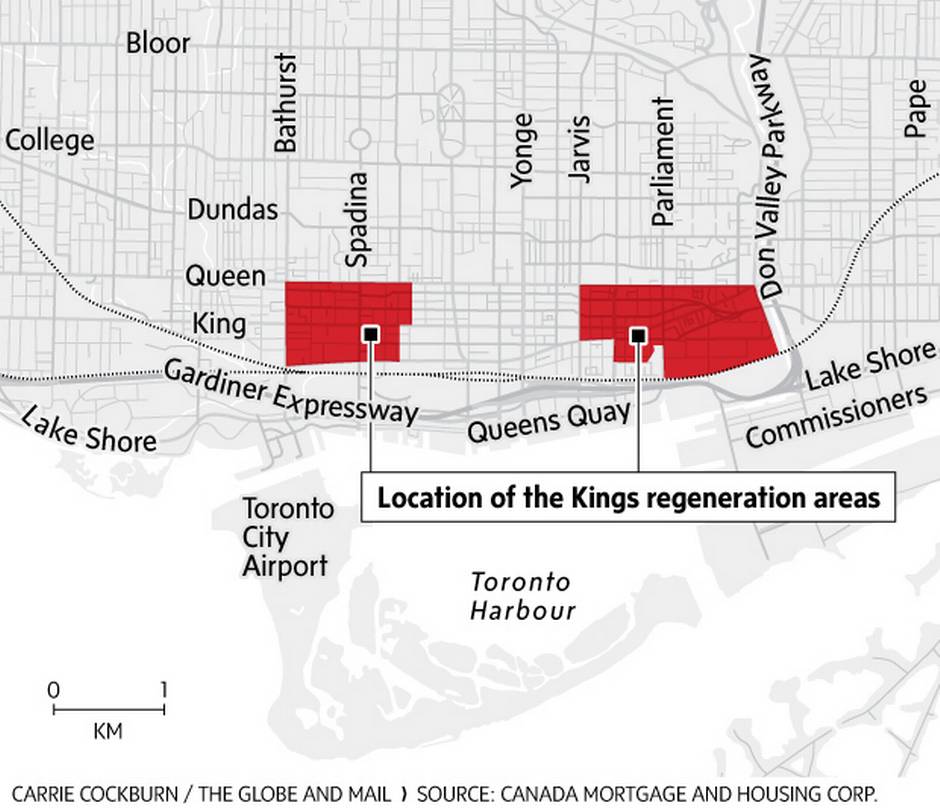 Toronto resurrected its downtown 20 years ago by opening up development along King Street, particularly two segments at the east and west ends, shown in red.

Paul Bedford believed so much in the “Two Kings” in Toronto that he put his career on the line. Although the plan ended up working from the start and he later was promoted to the city’s chief planner, he admits now that he had “the fear of God” in him, especially when author Jane Jacobs told him and then-mayor Barbara Hall, “This better work!”

This year marks the 20th anniversary of zoning changes made to rescue two moribund industrial areas straddling Toronto’s core. But aside from resuscitating street life in the Two Kings – 400 acres centred on King Street West at Spadina Avenue and King Street East at Parliament Street – the plan that came at little cost may be a case study in successful economic stimulus – too successful, some now fear.

“Walk on King these days and it’s hard to imagine how dead it was becoming,” says Ms. Hall, mayor from 1994 through 1997. “Sidewalks are busy at all hours [now], but back then it reminded me of Cleveland [where she’d lived in the 1970s].” 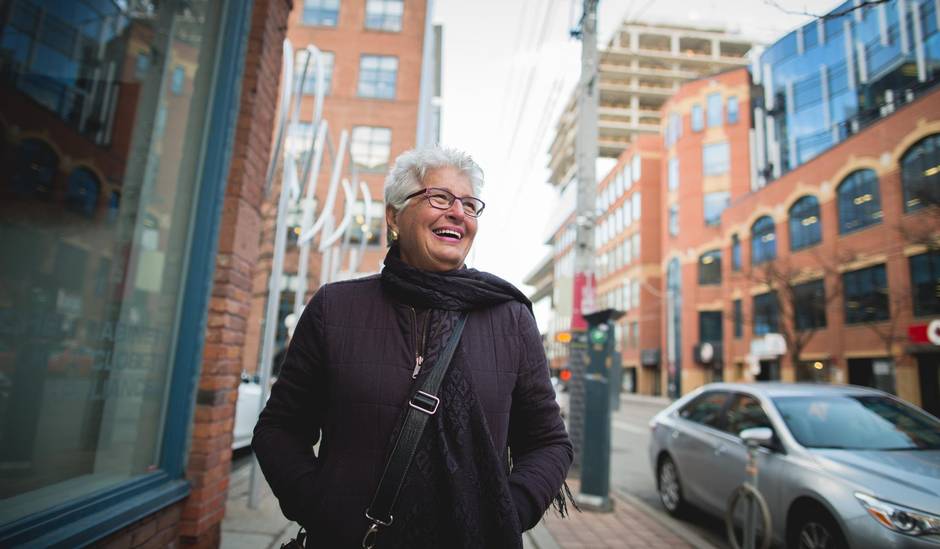 'We decided we had to open up to any uses that weren’t noxious,' says Barbara Hall, who was mayor of Toronto 20 years ago when the zoning bylaws were changed to encourage development. (Tim Fraser for The Globe and Mail)

Industry had been fleeing to the suburbs or other countries for decades before the early-1990s recession dealt a near-knockout blow. Landlords, not permitted to lease to non-industrial tenants, were demolishing heritage buildings for parking because vacant lots are taxed at a lower rate.

“Nobody would invest, and the more we let it go the more the main core was threatened,” says Ms. Hall, who gathered advisers to address the problem, including Mr. Bedford, Ms. Jacobs, urban designer Ken Greenberg, economist Gary Stamm and developer Bob Eisenberg. “We decided we had to open up to any uses that weren’t noxious.”

At the time, modernist planning called for land-use segregation. The rules handcuffed economic development while some politicians and many planners clung to a failing orthodoxy. In the realm of zoning, the Kings changes were revolutionary; battle lines were drawn.

“The hardest thing to do as a boss is to go against your staff,” says the now retired Mr. Bedford, “but I was tired of tinkering, and [Ms. Jacobs’s] message to us was that if we do this half-assed it’ll fail. I had supporters, but the vast majority of the planning department called me crazy. They said: ‘You’re going to destroy these areas; you’re abandoning your professionalism.’” 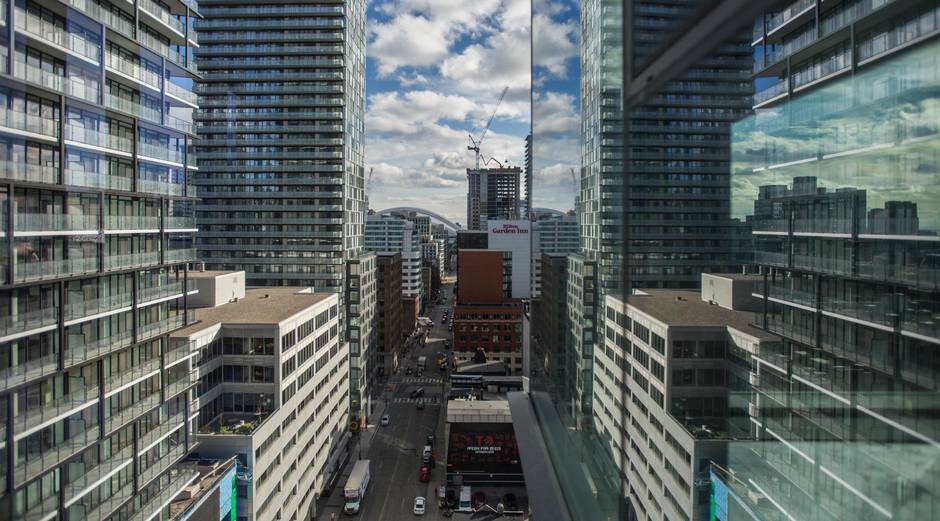 New development along Peter Street in the western portion of Toronto's King Street is a striking example of how the neighbourhood has changed. (Tim Fraser for The Globe and Mail)

Acrimony ensued on a few fronts, but council approved the zoning changes.

Ms. Hall credits an unlikely coalition: “People looked around and said, oh my gosh, we’ve never been on the same side before – public, private, people like Jane Jacobs, developers, planners, Chamber of Commerce, Board of Trade, architects ... strange bedfellows.”

Mr. Bedford says the fight would have been much rougher, “but next to nobody lived in those parts of downtown.”

Twenty years on, close to 46,000 residential units have been built or are in some part of the pipeline, and more than half of residents along the Kings walk to work, city data indicate. It’s estimated that $8-billion worth of building permits have been issued (Freed Developments alone has built close to $1-billion in condos). There are 58 per cent more jobs in the Kings, shops and services have sprouted, all of downtown is livelier and momentum shows no signs of slowing. 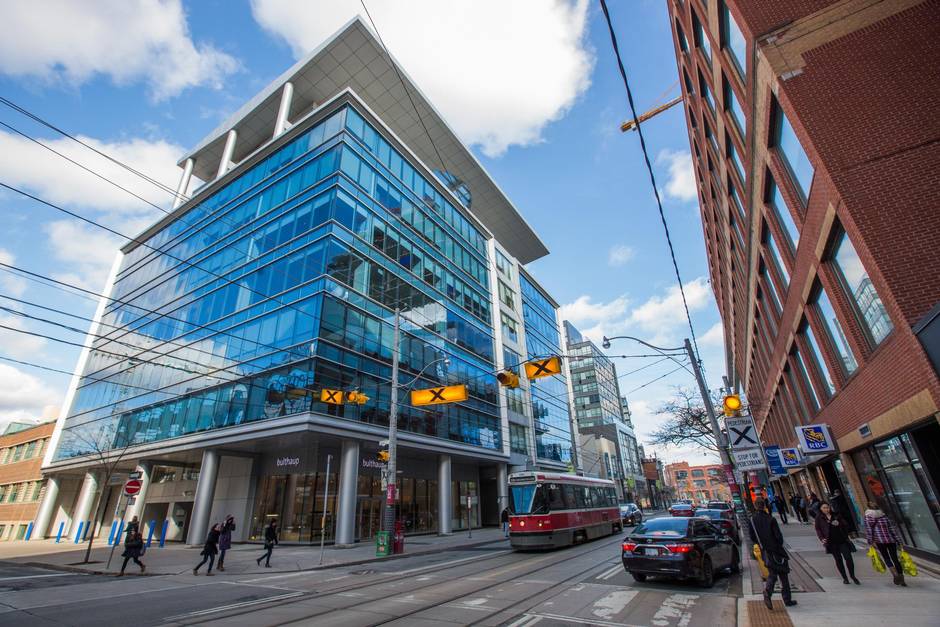 It’s estimated that $8-billion worth of building permits have been issued along King Street in the past 20 years. (Tim Fraser for The Globe and Mail)

Some early investors discovered residential loft conversions were too costly.

Allied Properties Real Estate Investment Trust chief executive officer Michael Emory, however, found he already had the right business model and he credits the Kings for transforming his small private firm, then Allied Canadian, into one of Canada’s largest REITs by market cap. Allied has also applied lessons from the Kings to more recent acquisitions in Vancouver, Calgary and Montreal.

“When everybody in real estate was struggling to survive in the early nineties,” Mr. Emory says, “we bought a couple of 1880s buildings on Front Street, just east of Yonge [a location that allowed for above-grade offices under the old rules].” 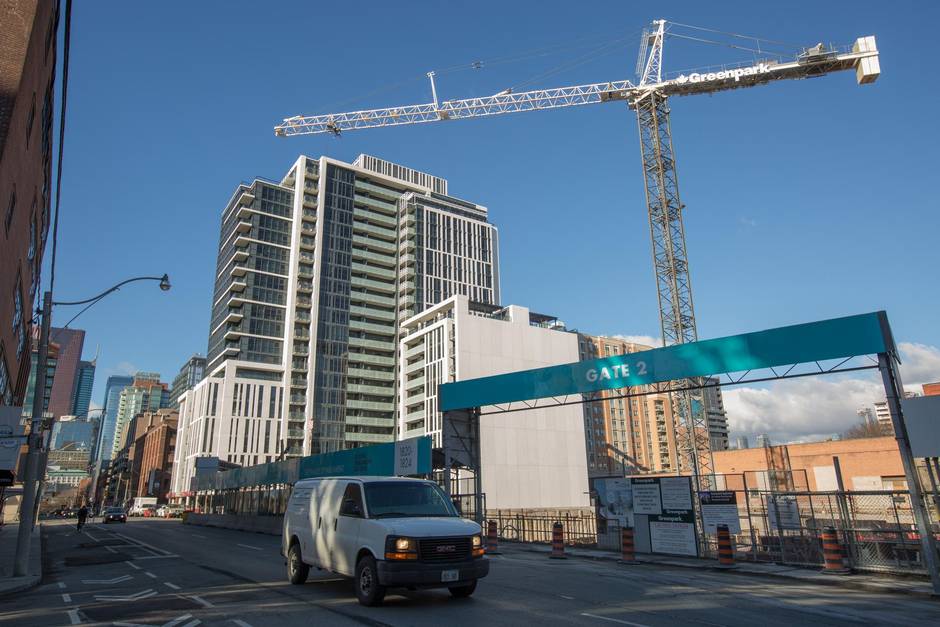 New condos, including this one on Adelaide Street East, have added tens of thousands of residents to the King Street corridor. (Tim Fraser for The Globe and Mail)

While towers in the core were emptying out, Allied had no trouble leasing space nearby, partly because of tax advantages and partly because brick and beam offices had a special vibe.

“It gave us a head start,” says Mr. Emory, who focused first on King West after the zoning changes. “Before 2000, we couldn’t create space fast enough. The city let the private sector figure out the highest and best use for these buildings; it was tremendously enlightened.”

While the Kings also removed density limits and loosened parking and loading standards, it imposed height and angular-plane restrictions, although Mr. Bedford acknowledges now, “We should also have been tougher on heights.”

He adds the influx of nightclubs, which has caused some problems, especially for police at closing time, wasn’t anticipated.

He and the city’s current chief planner, Jennifer Keesmaat, agree that the market between Simcoe Street and Spadina in the West is too hot, with land values and property taxes threatening heritage buildings and small businesses housed in non-high-rises. 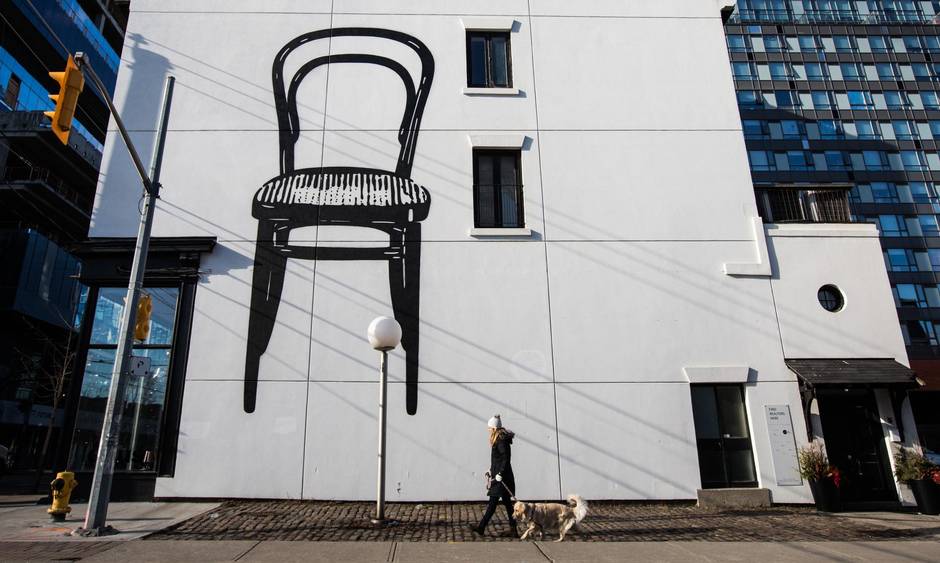 Klaus is an interior design store that has existed along King Street East for nearly 50 years and has watched the dramatic transition of the area. (Tim Fraser for The Globe and Mail)

“Nobody anticipated that land values would go so high that there’d be a market to demolish converted spaces that are fully leased,” Ms. Keesmaat says. “The Kings is an incredible success story, exceeding everyone’s expectations and hopes. The flip side is that now we need more policy control to manage growth.”

As for how well we might be able to apply lessons to other parts of Toronto and other cities with stagnant industrial areas, Ms. Keesmaat and Mr. Emory are cautious, saying that without real proximity to a healthy urban core the power of the zoning ideas, inspired by an unpublished 1972 paper by Ms. Jacobs, would be limited.

The rich mix of uses, walkability, density and building-type variety give the Kings everything “for keeping the area dynamic, fresh and edgy,” Ms. Keesmaat says. As for most stagnant employment areas, “Merely removing restrictions won’t create such an interesting space.” 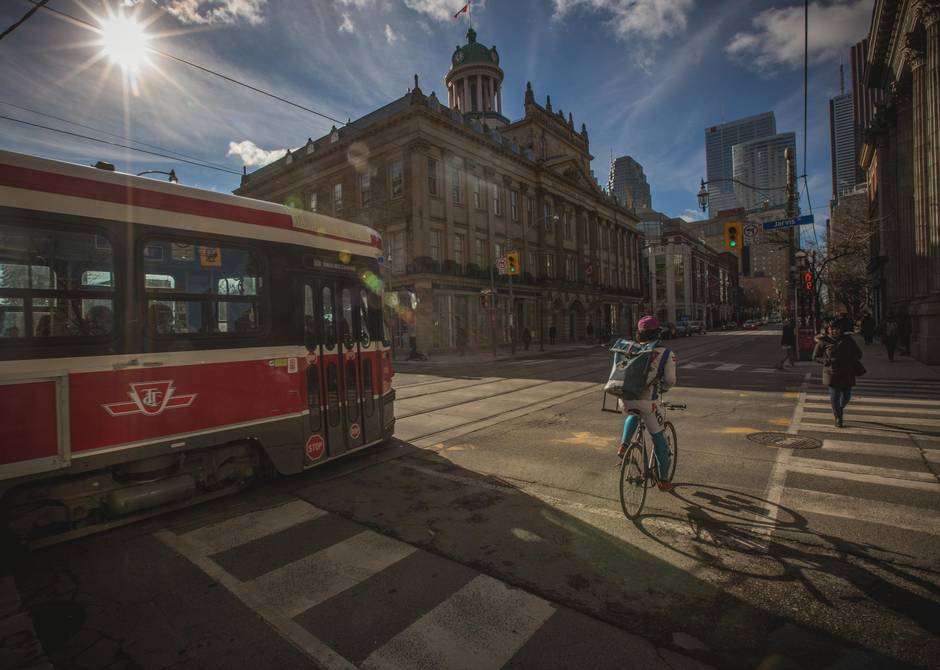 Heritage buildings remain along King Street East but have been joined by office and condo towers. (Tim Fraser for The Globe and Mail)

Development: City planning reports 45,913 residential units have been built or are in some stage of the pipeline as of December of 2015.

Building permits: The city estimates that just in the past 10 years, $4.5-billion worth have been issued, three-quarters in King-Spadina, though King-Parliament is now busier. The full 20-year total may be about $8-billion.

Economic activity: Altus Group estimated in 2013 that $7-billion had been generated in the first 16 years of the Kings. 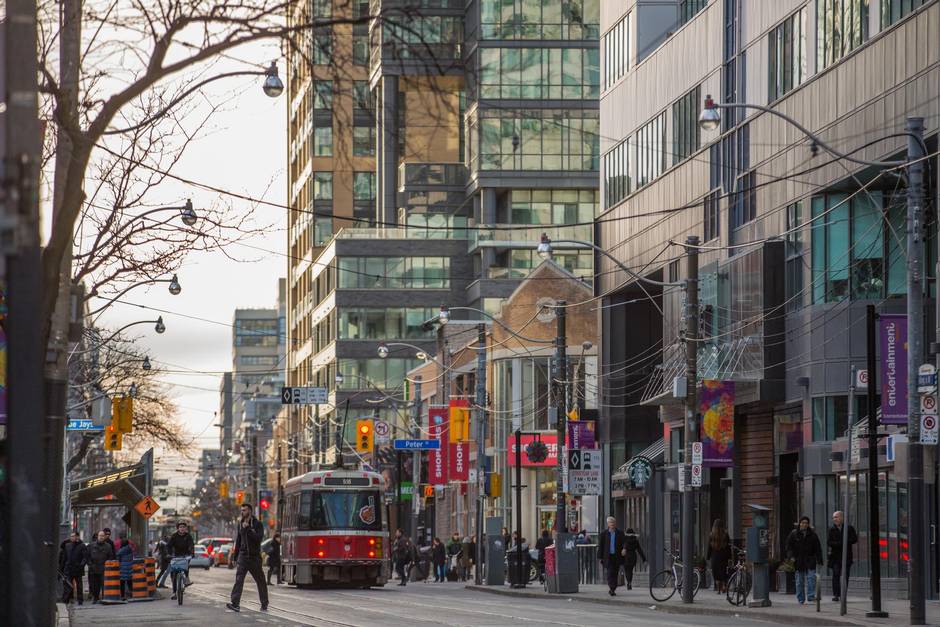 The vibrancy of King Street can be felt in the west end, where foot traffic is heavy. (Tim Fraser for The Globe and Mail)