David McCuaig stands on the crimson carpet of the National Arts Centre's mezzanine level and gestures northwest. Through the concrete-slatted windows, he points to Parliament, to Confederation Square, and to the terrace just outside.

Mr. McCuaig is the director of operations for the four-stage performing arts complex, which brings more than 1,300 shows and 1.2 million visitors a year. The concrete monolith, which opened in 1969, was built to face the Rideau Canal and an adjacent lagoon that was never dug. In doing so, though, Canada's great centre of the arts effectively turned its grey back on Canada's capital.

Half a century later, that is about to change. In December, the NAC and federal government announced a $110-million retrofit of the arts centre that will crack open the north-facing facade and encase it in sparkling glass by 2017, in time for the 150th anniversary of Confederation.

The project pivots the complex to open onto the downtown artery of Elgin Street, where NAC patrons will be greeted by sweeping views of the nation's capital. The endgame is twofold, opening the building both literally and figuratively: It removes the concrete shroud enveloping the arts centre while beckoning the public to come in to soak up Canadian culture.

A new glass facade will drop over the terraces that extend north from the complex built in the Brutalist style, adding 36,000 square feet of indoor space to the existing 1.2 million.

These terraces, designed by original NAC architect Fred Lebensold, are considered part of the building's official footprint – a grand promenade leading to the canal. But his team's grand plan, of socialites canoodling on these terraces in tuxedos and ball gowns on their way to the symphony or ballet, never materialized.

The new extension is a scheme to reclaim that dream – sort of. The NAC's team wants to dispel the notion that it's reserved exclusively for people with closets full of gowns and coattails. "Even though I appreciate it from an architectural perspective," says NAC Foundation chief executive officer Jayne Watson, the original design "doesn't give a sense of welcome to the general public."

It may house a symphony, Ms. Watson says, but it should also feel like the neighbourhood Starbucks, where anyone can stop in, have a drink and stay a while. Only here, the latte might come with a noon-hour performance.

Toronto-based Diamond Schmitt Architects designed the new extension. Like their previous work with Toronto's Four Seasons Centre and the Maison symphonique de Montréal, it brings the inside out, as patrons milling about become part of complex's streetside aesthetic.

The geometry and language of the original design – its obsession with hexagons and finned concrete – will be complemented rather than modified.

Today's meek Elgin Street entrance will be replaced with a hexagonal glass tower, a beacon for the centre that will be clearly visible for patrons making their way from Queen Street. Digital media – from concert advertisements to real-time performance streams – will be projected onto the tower.

The ground level will be flush with the mezzanine level of Southam Hall, the complex's 2,300-capacity flagship stage. A two-level atrium will wrap around the north side of the complex, offering a mix of public spaces, lobbies and rentable rooms, including a major event space on the northeast corner with wide views of the capital.

Following the crimson steps downstairs to the lobby, patrons will find much more elbow room – 17 square feet a person, versus today's 11 – as walls near the canal entrance are knocked down. (Addressing one of its biggest criticisms, the NAC will add far more bathroom capacity, particularly on this lobby level.)

An additional elevator will be installed on the south side of this area, too, to make space more easily accessible. And meeting and banquet areas on the centre's east side will be expanded and refurbished, too.

The centre's administrators hope to built the addition to as-yet-unspecified LEED standards, but it is largely a functional and aesthetic change.

"The architectural transformation is a great testament to the NAC's past, but it also ensures a vibrant future," said Peter Herrndorf, the centre's president and CEO, in an e-mail. "The new design will be warm and inviting, and will give the performing arts real pride of place in the nation's capital."

Prompted by the incoming downtown light-rail transit line, Mr. Herrndorf and his team began to consider redesign possibilities several years ago. Further inspiration came from the $1.2-billion refurbishment of the Lincoln Center for the Performing Arts in Manhattan and and the free public programming offered at Washington, D.C.'s John F. Kennedy Center for the Performing Arts.

The project was the first thing on Mr. McCuaig's desk when he joined the NAC three years ago. Over time, there have been shifts in the proposed redesign – no new back-office space, for instance. "We pared it down to what we thought were the core, essential elements for the purpose of the project," Mr. McCuaig says.

Donald Schmitt, the project's chief architect, wants the new extension to feel like a "living room for the city." A cultural centre in the 21st century, he says, "should not simply be about performance. It's life through the whole day – morning, afternoon, evening."

Better engagement, he says, "transforms it into something that's really connected into the city fabric."

The $110.5-million budget comes from a $5.8-billion government pot set aside for federal infrastructure funding. Naming the abundant new real-estate assets will also help generate money for the NAC Foundation, Ms. Watson says, though that income will be earmarked for artists and programming.

Passersby won't notice any signs of construction for months to come. Construction is slated to begin in the spring of 2016; the NAC only just made a call for applications for a construction manager for the project. Only mild mechanical and electrical work will take place this year.

Even during construction, the show will go on in the NAC's three biggest performing rooms, though matinees may be scaled back. The fourth space – a 150-capacity room on Elgin named the Fourth Stage – will become the construction hub and will be shut down for at least the 2016-17 season.

What the Fourth Stage might look like is still up in the air – so far, only the bigger facets of the project have been confirmed, while the smaller details – and deadlines – remain flexible until the architects begin working with the construction team.

But Mr. McCuaig is making a promise to have the north facade ready by July 2017. "My marching orders are very clear," he says. "On time, on budget and dazzling." 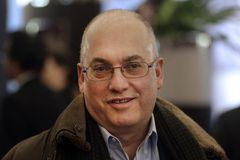 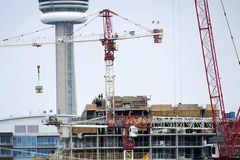 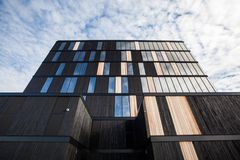 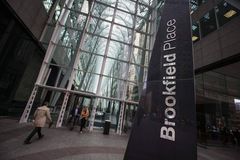 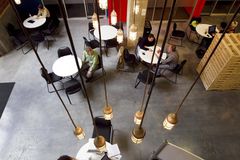 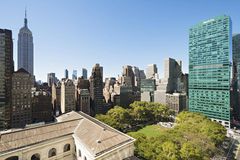 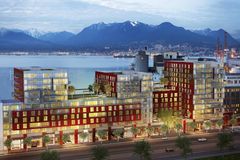