Erin Sinclair loves the sounds of Vancouver's port – the trains shunting, the foghorns, the trucks rumbling by.

That's a good thing, since she and her husband, Rob Forbes, have chosen to buy a condo in an unusual Vancouver development – the city's first effort to combine industrial and residential space in a single building in an industrial zone near the port.

It's a first for Canada, as far as anyone knows. But it's an idea that has been getting attention in San Francisco and New York, as those cities look at how to retain or expand industrial jobs, which typically pay substantially more than service jobs, and also provide low-cost housing.

For city planners and developers, the emerging solution is to combine the two in a single building.

Ms. Sinclair doesn't know yet what will occupy the two big floors at the base of her condo project, which is being built on the site of a former glove-manufacturing company. It might be a commercial bakery, a clothing factory, someone making boots or wood furniture, or any number of other light-industrial uses.

"It's a big mystery," says Ms. Sinclair, a graphic designer who works in the film industry. "But we love the area. Vancouver is a city that can be ugly at times, with all the new glass, but at least this has some grit."

That enthusiasm, which appears to have been shared by enough buyers that Wall Financial Corp. has sold almost all of its 280 units in the euphemistically named Strathcona Village, is demonstrating that at least the residential side is popular.

Now the company's president, Bruno Wall, has to see what will happen with the other part of the equation – the industries that might move in.

Talks are just beginning, as Mr. Wall feels out bakeries, local artists and others. (Commercial clients usually make commitments only 12 months ahead of time, and the building, due to start construction in February, will take 30 months to build.)

"Our approach is to be as open as possible. And our strategy has been to see if the residential works first," Mr. Wall said.

But the company was willing to take the gamble, which has brought extra construction costs with it in order to comply with requirements for industrial buildings, as well as ensuring that odours and noise don't intrude on the condo residents. That's meant a separate ventilation system, among other things.

Mr. Wall's experiment is attracting attention. He's had a call from New York public-policy consulting firm Public Works Partners to talk about the details of this kind of project.

Principal Mark Foggin said cities are re-evaluating how to incorporate industrial into neighbourhoods, as the nature of industrial activity has taken some new turns.

"In general, there's been an increase in smaller-scale manufacturing lately," he said. Small food operations, producing anything from pickles to ice cream to salami, Etsy-focused craft operations, artisan studios for furniture and glass, craft brewing and more have created a demand for small-scale industrial space.

"I don't want to over-romanticize this. And there are many immigrants starting their own small operations," Mr. Foggin said. "But it is happening. It's not your grandmother's industry. It's less noxious than when zoning laws were first put in place."

Cities started to separate residential, commercial and industrial uses in the early 20th century, as newcomers packed into cities to work in the factories that proliferated during the Industrial Revolution. They crowded into blocks that also had everything from slaughterhouses to tanning factories to welding operations. Health officials, in particular, drove the effort to get people's living quarters away from factories that produced smells, waste and toxic substances.

But New York city council just started discussing in November a new report it commissioned on how to revitalize its industrial sector. One of the recommendations: a new mixed commercial-residential-industrial district.

"The creation of the 'MX' zone acknowledged the value of mixed-use neighborhoods and tried to find a solution that could increase the residential capacity while maintaining their dynamism," the report said.

San Francisco has developed a strategy to combine industrial and residential in some neighbourhoods near its downtown.

Vancouver hasn't gone that far. It has designated only a small strip along East Hastings, bordering the port industrial zone a few kilometres east of the central business district, for this new combination of condos with a sector of industrial called PDR – production, design and repair.

The tricky part in Vancouver, where land and housing prices have skyrocketed to unprecedented levels, is to ensure that any new zoning doesn't set off a frenzy of land speculation, as developers bet on the possibility of industrial land being converted to residential.

The city's assistant planning director, Kevin McNaney, said the city is allowing this kind of combination, which will also have a small amount of retail, in a very limited area.

"We put this forward as a possibility, a chance to get different kinds of jobs," he said. "Vancouver has fewer large-scale operations or wholesale that is space-intensive. It is more artisans and small-scale. They need cheap space. If we want to keep those jobs, we need to keep those low values and rents."

The combination also allows for low housing prices, since the industrial-zoned land is cheaper than other kinds. Ms. Sinclair and her husband bought a two-bedroom condo in the project, where those units are priced in the high $300,000s – a good deal for Vancouver.

As well, as a condition of the rezoning, Mr. Wall is building 70 units, aside from the market condos, that will be turned over to the city to be used for social housing. Those will be rented at rates ranging from $375 a month to market levels – a pool of relatively low-cost rentals that wouldn't have been possible on another site.

Will this project be replicated in Vancouver? Mr. Wall says it would be difficult. His company bought a piece of land that was large enough to accommodate a big project, which this kind of combination needs. But there aren't a lot of similar large lots around.

Since this project was approved, the city has also put in new requirements for an even higher proportion of social housing in any project.

But, says Mr. Wall, "as other developers see our success, they'll be able to project whether it will work for them." 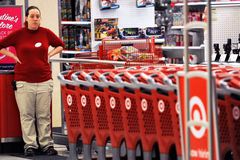 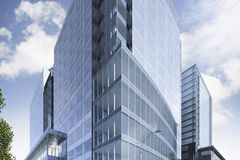 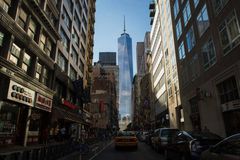 An elevator 'revolution': Going up, down or sideways
December 3, 2014 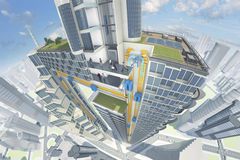 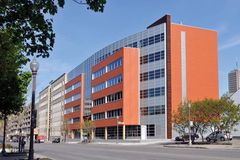 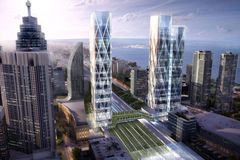