A mural named The Three Sisters speaks a thousand words about Neechi Commons, an aboriginal co-operative grocery along Main Street in this city’s North End.

The Three Sisters – symbolizing beans, squash and corn, traditional First Nations plants – gaze across the street to hard-luck hotels and pubs, pharmacies and pawnshops that feed a vicious cycle of poverty and addiction in one of Canada’s most downtrodden neighbourhoods.

The mural artist and renowed painter Jackie Traverse grew up in the hotels – her mom, siblings and extended family often crammed into one room. Her artwork is a reflection of the neighbourhood’s mostly aboriginal heritage, and speaks to a new hope for its residents, an optimism owed in large part to Neechi Commons. 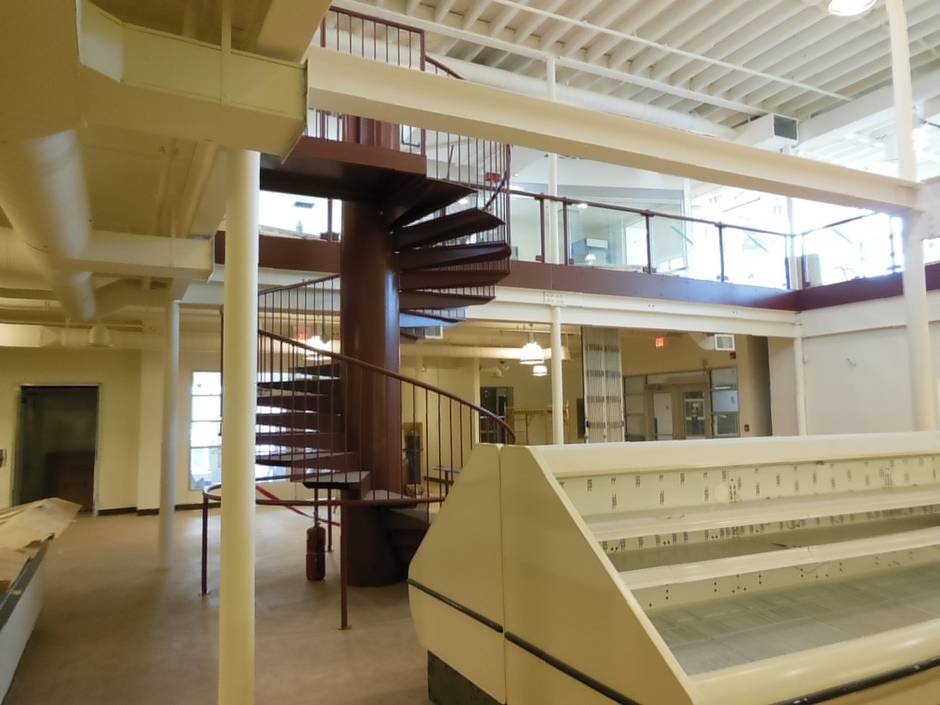 An old brick warehouse in Winnipeg took about a year and a half to retrofit before Neechi Commons was ready. One of its design features is a spiral iron stairway that takes shoppers from its produce section up to the second floor near its arts store and restaurant.

Opened in 2013, it has served as a vital economic anchor for a community that often seems marooned from prosperity elsewhere in the city. Offering affordable, healthy food and jobs, Neechi Commons demonstrates how development can put people before profit – and be successful.

“Neechi isn’t here to just turn a profit,” its financial manager Russ Rothney says. “It was set up to create economic opportunities the community needs, although that doesn’t mean we don’t want to be profitable, but our fundamental goal is improving the community’s well-being.”

Central to success is its location, on the edge of Point Douglas, one of the poorest neighbourhoods in Winnipeg’s North End, which is considered one of Canada’s most economically disadvantaged urban communities.

“We always had our eye on it,” Mr. Rothney says of the formerly dilapidated brick warehouse.

While requiring significant restoration, it had the bones to support a grocery and other facilities. Initially, though, the property was priced out of reach because of speculation the new Winnipeg Blue Bombers football stadium would be built nearby. “Its price along with other properties shot through the roof,” Mr. Rothney says.

When the stadium location moved to the University of Manitoba on the city’s south side, Neechi was able to purchase the property for its original offer: $500,000. 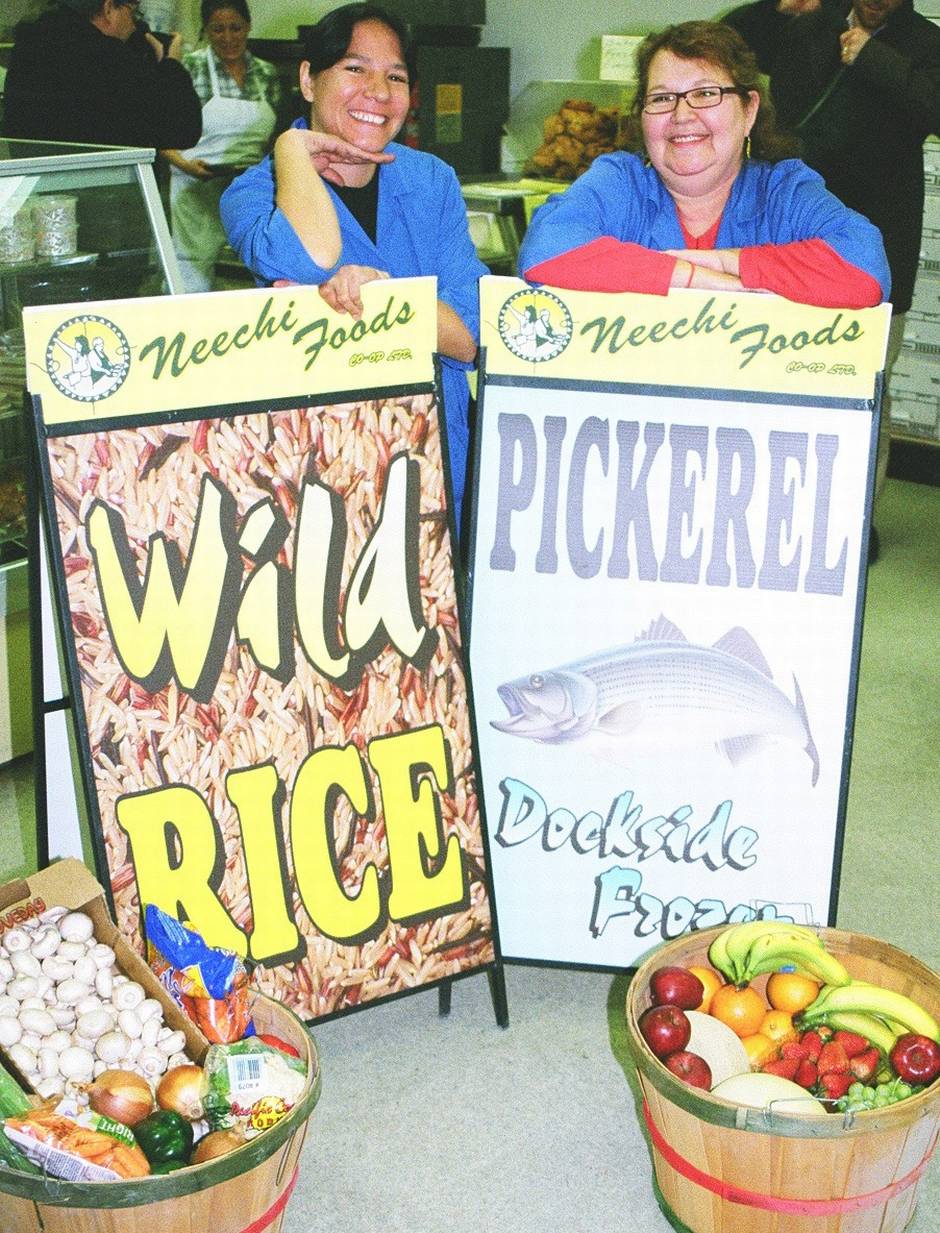 But it required more funds for restoration. Government support was instrumental. About $3-million in federal and provincial government grants helped attract another $3-million in loans from a local credit union.

“Without the support, there was no way we could have done it,” Mr. Rothney says.

But Neechi Commons also exists in equal part to the tenacity of those behind it – its workers. They laboured for almost two decades to make its forerunner – Neechi Foods, a small corner grocery in another area of the North End – profitable.

Originally evolving out of an aboriginal economic development training program in the late 1980s, the first store had a simple business premise: an aboriginal-owned grocery store serving a community that desperately needed it.

“At the time there was a shortage of supermarkets in the inner city, though there were more then than there are now,” Mr. Rothney says.

The original store opened in the early 1990s in the midst of a recession that was deeper and longer in the North End than elsewhere. Even convenience stores closed.

Yet Neechi Foods survived because of its roots. Staff lived in the neighbourhood. Instead of seeing the store close, they took pay cuts.

Motivated in part to stay employed when jobs were scarce, they also wanted to keep a valuable community resource providing fresh, affordable food. The North End has been grappling with a loss of affordable food options long before the term “food desert” seeped into the vernacular to describe the socio-economic phenomenon, says Joyce Slater, an associate professor of nutritional sciences at the University of Manitoba.

Owing to its early Eastern European heritage, the area of more than 60,000 residents still has delicatessens, butchers and bakeries with loyal customers across the city. Yet options are dwindling, and large groceries in particular have been disappearing. But Neechi has gone against the trend, Ms. Slater says.

“Not only has Neechi been bringing healthy, affordable food closer to the population that needs it, but it has also brought culturally important food to the indigenous population,” she says. 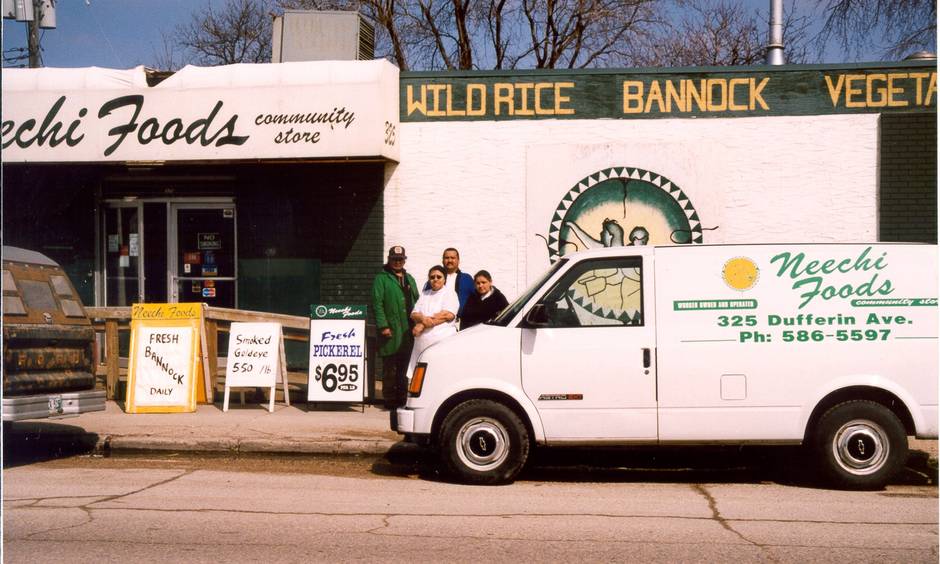 The original Neechi Foods opened during the 1990s amid tough times but survived because of the dedication of its workers, who agreed to take pay cuts.

“If we didn’t have this place here, most of us wouldn’t have a job,” says Maria Cameron, a cashier at Neechi Commons who lives nearby.

With its 45-plus employees – who are almost entirely aboriginal – Neechi is the largest commercial employer of indigenous people in the city, says Peter Pomart, director of Aboriginal Business Education Partners at the Asper School of Business at the University of Manitoba.

“Their model creates employment opportunities while allowing workers to become business owners,” he says. “The result is they’re very much entrenched in the community’s well-being.”

Their efforts have not gone unrecognized: Neechi Commons received the Asper School’s award for excellence in aboriginal business leadership in 2013.

Today the business is moving slowly toward profitability, but it is not turning enough of it to fund all of its plans for the 30,000-plus-square-foot space.

Ultimately Neechi Commons is meant to be more than a grocery. Already it features a bannock bakery, catering business and a small restaurant.

“The goal is helping artists make a living, specifically folks from our community,” says its manager Arlea Ashcroft.

More plans are in the works: space for aboriginal fashion designers, a coffee shop, fish market and takeout eatery – all dependent on Neechi’s growing profitability. But an impoverished community can provide only so much support, so a major part of the business plan has always been attracting clientele from across Winnipeg.

In this sense Neechi Commons serves as more than a blueprint for community-minded commercial development; it is a vital link between an economically disadvantaged neighbourhood and the rest of the city, Mr. Rothney says.

“There’s a lot of talk about Winnipeg’s economical divide,” he says, “and Neechi is a means to bridge it in a meaningful way.” 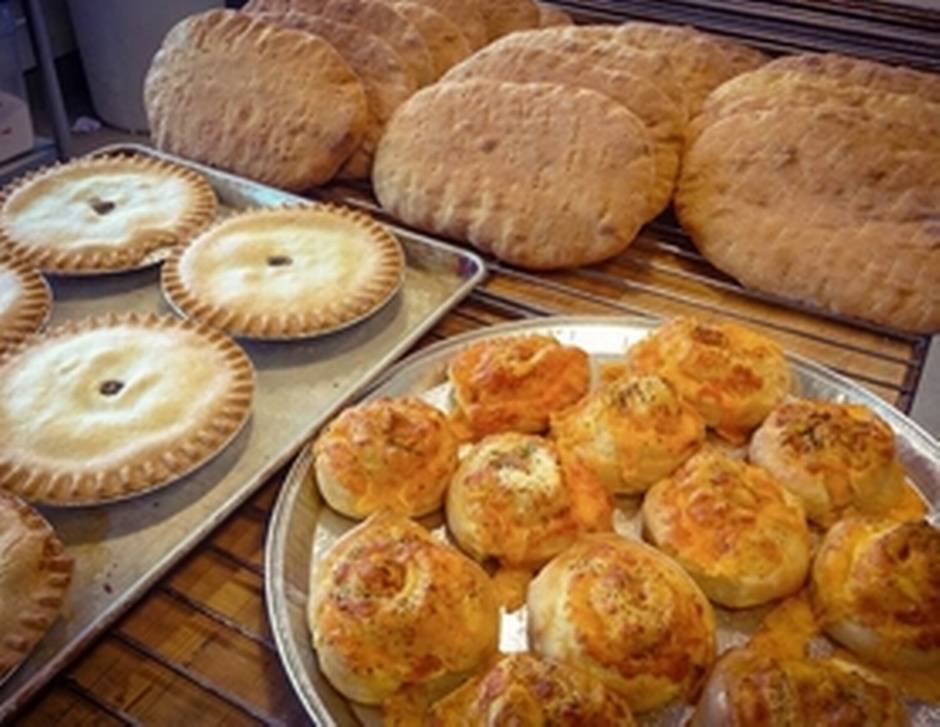 A bakery that serves bannock pies and muffins is among the offshoots of Neechi Commons. A catering business and small restaurant are also part of the project.

Neechi Commons, a co-operative aboriginal-run grocery store opened in March of 2013, at Main Street and Euclid Avenue in Winnipeg. The restoration project took about a year and half and included:

– New brick was added to the west exterior to conform to original character after water-blasting of old paint revealed the old brick was structurally unsound.

– Geothermal heating and cooling was added, with 21 bore holes drilled about 120 metres under the parking lot.

– A custom-built spiral iron stairway was added from produce section up to second floor near arts store and restaurant; skylights installed in board room and second-floor plaza.