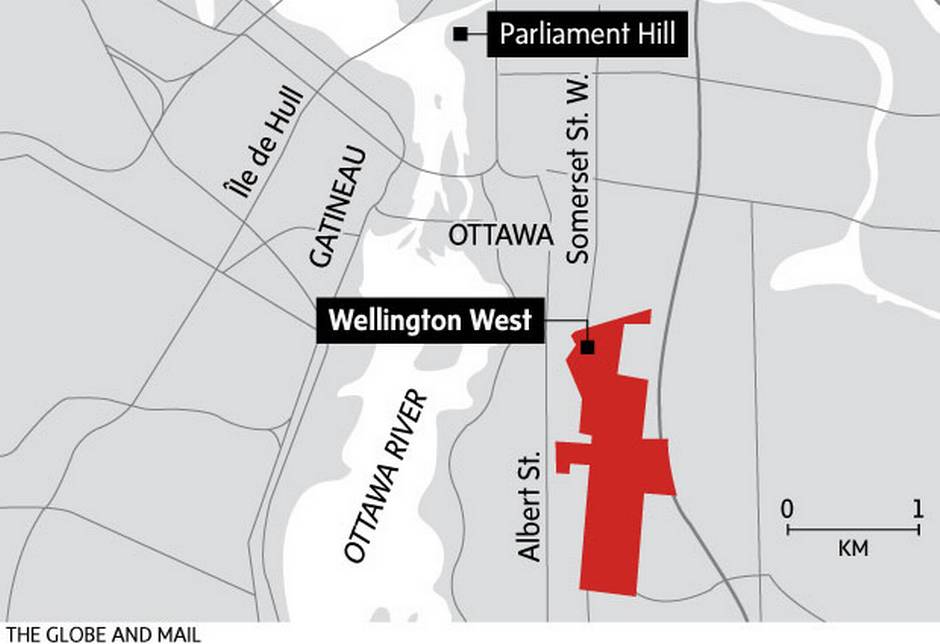 Ten years. That’s how long it took the Wellington West area in Ottawa to become the city’s trendiest enclave after decades of being known for dilapidated housing, high crime rates and a generally bland outlook.

“It was pretty sketchy back in the day,” says Laura Twiss, co-owner of Twiss & Weber, a fashion boutique aimed at middle-aged women. “… You could throw a stone and hit a crack house.”

But there was promise. “My husband and I bought our house there in 2004 and I knew then it was going to be smashing,” Ms. Twiss adds. “Every three months a new boutique or restaurant would open up and I thought that was so exciting.”

Wellington West, which includes the Hintonburg and Wellington Village neighbourhoods, is now home to a bustling shopping district, fine dining options (Supply and Demand, for example, was named one of Canada’s best restaurants by Air Canada’s enRoute magazine in 2013), theatre and other arts venues, and a sense of revitalization. The single-family homes that line the side streets feeding into the main block have rebounded, too. 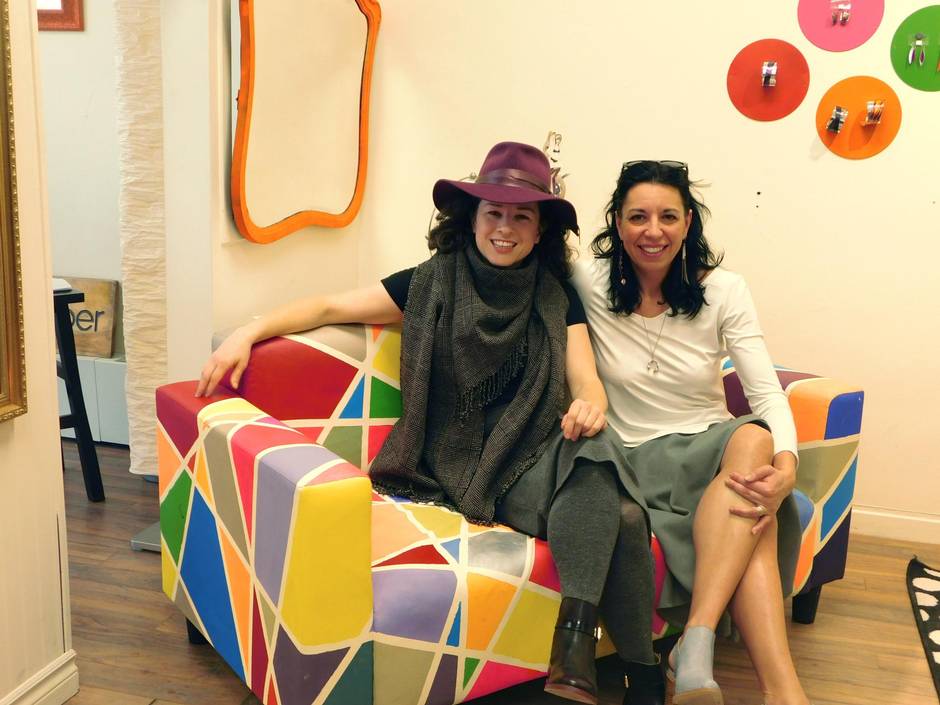 Laura Twiss, left, and Tonia Weber of Twiss & Weber saw their clothing boutique originally as just a pop-up shop, but later jumped at an opportunity to rent the space longer term. (Adam Stanley for The Globe and Mail)

The nearly three-kilometre stretch along Wellington Street West – from Ottawa’s LRT line (called the O-Train) to Island Park Drive (an elegant stretch of homes) – is about 10 minutes west of Parliament Hill.

Its change for the better began with infrastructure developments – and a big economic injection from the city.

“If you look at the combination of Westboro [the area a few minutes farther west] and Wellington West and Hintonburg, it’s really become the new ‘it’ destination,” says Ottawa Mayor Jim Watson. “When you get more people into a neighbourhood, you make it more attractive for a business.”

The city invested $25-million in 2008 for upgrades that included double-wide sidewalks, better access for cyclists, clean roads and additional trees.

“It was a rough area,” explains Zach Dayler, the executive director of the Wellington West Business Improvement Association. “You had prostitution, you had drugs. But with the road reconstruction and the work of the community, you have this sense of a neighbourhood re-emerging.” 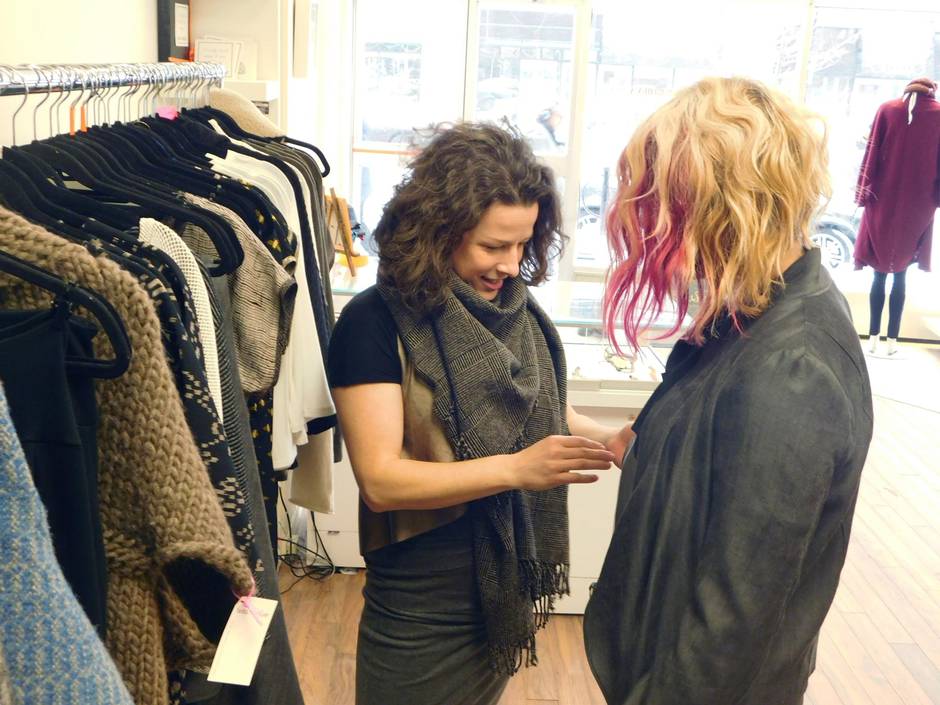 Laura Twiss, left, not only operates her shop in Wellington West but has been a resident of the neighbourhood since 2004. 'I knew then that is was going to be smashing,' she says. (Adam Stanley for The Globe and Mail)

Twiss & Weber operates out of a 1,100-square-foot space that is attached to four other similarly sized units. It also has 900 square feet in the basement that the owners don’t pay rent on, but is used as a storage area for the shop’s many leftover pieces of fabric and clothing. The unit is on the street level of a seven-storey apartment building, typical of the Wellington streetscape that includes low- and mid-rises with a mix of tenants.

“We saw this as just a pop-up shop. Then there was a chance of renting it and we were like, yup, this is the space,” explains Tonia Weber, Ms. Twiss’s business partner.

Although Ms. Weber admits their rent has increased year-over-year since they moved in three years ago, the rising price has influenced the kinds of tenants coming to the neighbourhood.

“It is changing, and the rent is going up. But what we’re getting is different types of businesses that can afford the rent, and also bring a different type of culture to the neighbourhood,” she states.

Mr. Dayler’s organization, which represents more than 400 businesses in the area, hears a lot about the rising rents. 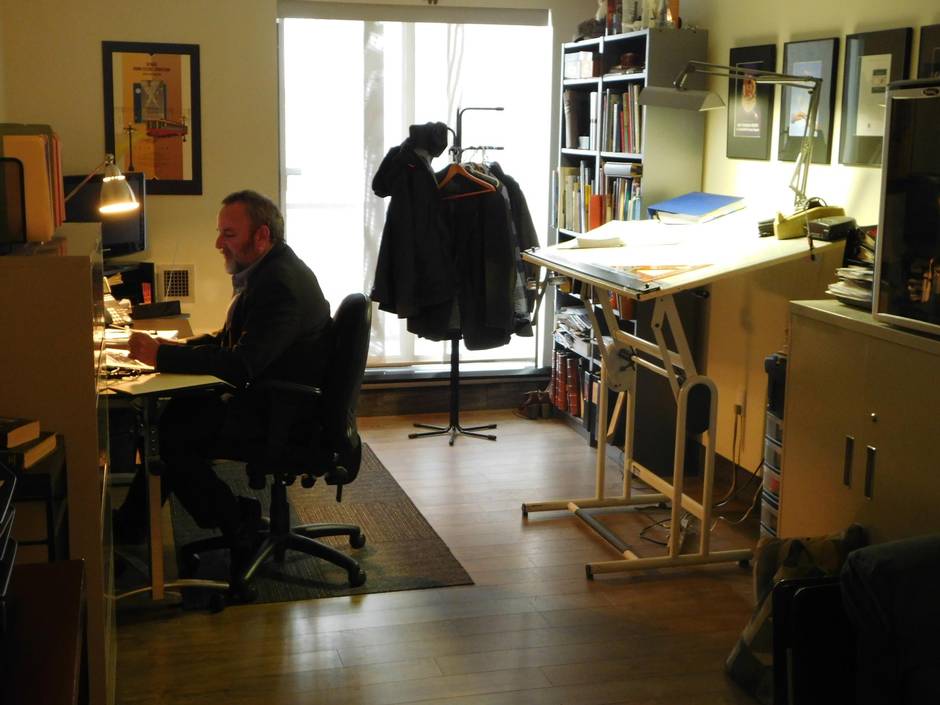 Charlie Smith of Ryan/Smith Creative relocated his graphic design business to Wellington West a few years ago, purchasing the office while prices were still a deal. (Adam Stanley for The Globe and Mail)

“While you have an increase in rent, you’ve got stress on business owners. But, you’ve also got new businesses opening,” says Mr. Dayler. “The neighbourhood supports them and they want to support the neighbourhood.”

Although the culture of small business is key to the neighbourhood’s success, Wellington West is not far from Ottawa’s biggest industry, either.

“There is a federal government site directly to the south with 3.6 million square feet, with another 3,400 units of residential development to come,” says Shawn Hamilton, a vice-president at CBRE Ltd. in Ottawa. “The area is ripe for sustainable growth. There are huge development plans with the most sustainable industry in Ottawa being there – that being the federal government.

Ryan/Smith Creative, an Ottawa-based graphic design agency that has relied mostly on government contracts for its success over the past 30 years, is among the newcomers to the neighbourhood, purchasing an office.

“I had to downsize. … It was a bit of a downgrade, but the price was right,” explains Charlie Smith, the agency’s owner. 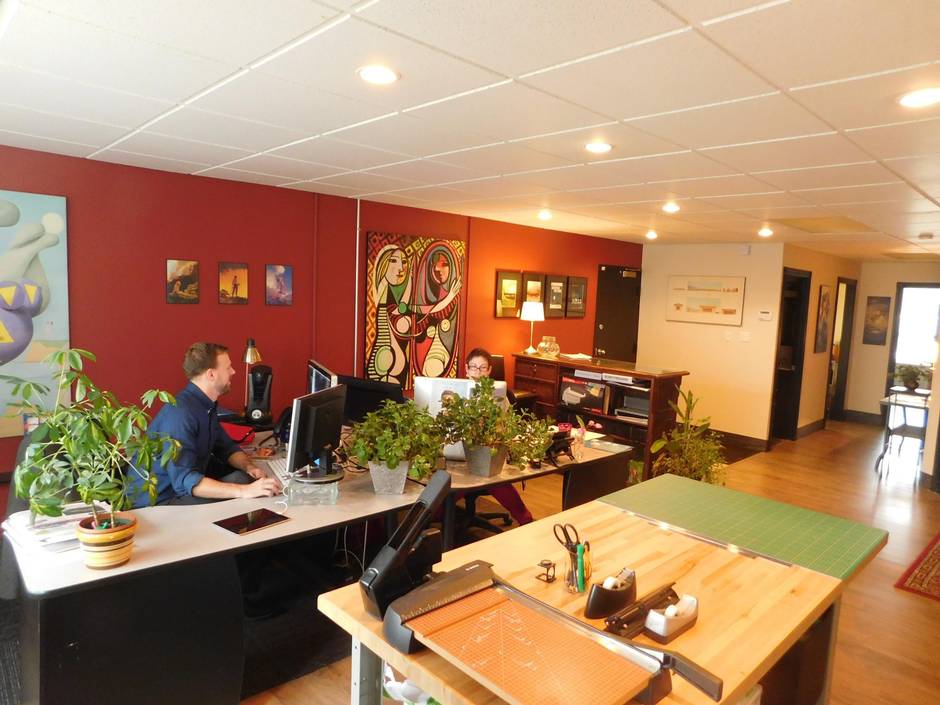 Ryan/Smith Creative downsized its space when it moved to Wellington West but its new office is blessed with elegant flooring, large street-level windows and an open-concept design. (Adam Stanley for The Globe and Mail)

“I get the seven-year itch,” Mr. Smith says with a chuckle, adding he ended up choosing a Wellington West studio for two main reasons – location and price.

Mr. Smith purchased the 1,200-square-foot office for $265,000 at a time when the neighbourhood was still on the move upward. He says he got a good deal for that reason.

Although his former office was 3,000 square feet and had 12-foot ceilings, he acknowledges his new office is a fine replacement, with elegant flooring, large street-level windows and an open-concept design.

“Bank [Street] has a little edge to it. For the most part during the work week, people are going somewhere and they’re going somewhere fast,” Mr. Smith says. “Here, people seem to be walking slower, chatting, and people know each other.”

That local feeling is important, according to Ms. Weber.

With its rocky history in the rear-view mirror, the combination of an influx of new residents and trendy businesses with a focus on “shopping local” has created a new vibe just west of Ottawa’s downtown.

“The past made the neighbourhood what it is,” says Mr. Dayler. “It’s also part of its future.”