It would be an understatement to say that Toronto's theatre and property development communities were stunned last fall when David Mirvish announced plans to bring down the curtain on the Princess of Wales Theatre – a building only 20 years old.

The 2,000-seat venue, as well as several Mirvish-owned early 20th-century industrial buildings in the same King Street West block, are to be sacrificed in favour of a dramatic new condo-retail-arts hub featuring a satellite campus for the nearby Ontario College of Art and Design, as well as a museum for Mr. Mirvish's renowned abstract art collection.

No stranger to promoting star quality, Mr. Mirvish has commissioned world-renowned, Toronto-born architect Frank Gehry to design the complex, which is to feature three mega condo towers each in excess of 80 storeys – assuming that this development vision wins city approval.

While the plan left many in awe of its sheer architectural ambition and development dynamism, it also left some in the creative community lamenting the planned loss of one of Canada's landmark theatres.

John O'Keefe, a principal at the Toronto-based acoustical engineering firm Aercoustics, is one of the professionals responsible for the acclaimed acoustics and quiet interior of the Princess of Wales. He calls the Peter Smith-designed theatre the best in the country for everything from stage to sightlines.

But as he notes, the theatre's relative youth – especially when compared with the nearby Royal Alexandra Theatre, a century-old beaux-arts building also owned by Mr. Mirvish – does it no favours in steering the conversation toward potential preservation.

"It's ironic that [the Princess of Wales Theatre] is far superior to Royal Alex both theatrically and acoustically," Mr. O'Keefe says. "But it's not at an age when people want to preserve it. I'm sure in 30 years time if we lose it, there will be a lot of regret."

If the Princess of Wales is demolished, Mirvish Productions will still be left with three performances spaces – the Royal Alex, the Ed Mirvish Theatre and the Panasonic. By closing one property, Mr. Mirvish's grand plans are a stark reminder that the successful operation of a major commercial theatre in Canada is dictated by a strict set of economic factors – namely, filling seats and generating consistent profits.

Aubrey Dan, president of Dancap Productions Inc. and a former competitor of Mirvish Productions who has effectively bowed out of the theatre scene after bringing large-scale shows such as Jersey Boys to the city in recent years, feels the decision to sacrifice the Princess of Wales in favour of a multi-purpose complex is a smart move.

"If you look at what David is trying to achieve, he already has theatres in Toronto, and probably for today and quite a few years, that's enough capacity for what he currently needs," Mr. Dan explains.

"David's vision makes more economic sense, especially in his location. The value per acre of raw land is probably worth more than the building's net value today."

As Mr. Dan points out, Toronto boasts more than 10,000 seats at major theatres across the city – more than enough to handle the city's existing patronage. The commercial theatre scene has suffered a significant loss of American visitors due to the 2003-2004 SARS outbreak, heightened passport requirements and curbed spending resulting from the 2008-09 recession.

Then there's the ongoing trend away from long-running, blockbuster musical productions that have been the traditional lifeblood of theatres such as the Princess of Wales.

"In the heyday, about 40 per cent of theatre goers were American ... but now it's just not as vibrant," Mr. Dan says. "Plus … it comes down to content. There's not a Phantom of the Opera that can run for 10 years, or another Mamma Mia that can run for five years."

A Mirvish publicist says Mr. Mirvish has nothing more to say about the Princess of Wales at this point that hasn't already been said.

Ross Manson, creative director of Toronto's Volcano Theatre, notes that the loss of the Princess of Wales and its large productions will have a negative impact on stage crew and actors.

But he is also quick to point out the relatively limited utility of the space. "I don't think it's the most effective kind of theatre for the city to have."

"You might be selling more tickets [in a large theatre,] but it's under capacity and that's something producers have to think about it. Also, a lot of the theatrical infrastructure today isn't geared to making musicals, it's geared to making plays, and none of those go into 2,000-seat theatres."

"One of the crucial priorities for the city and the performing arts community is to make sure the spaces we do have are renovated and appealing to the audiences we want to attract," she says. "Many of our mid-sized and smaller spaces are working hard to find ways to improve their spaces. I think that's essential for the future of theatre in Toronto."

When hotels like the PaPa revert to rentals, tenants benefit
May 11, 2018 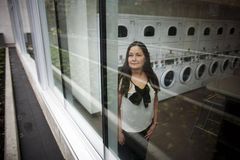 Real estate players turn their eyes to hotels
May 11, 2018 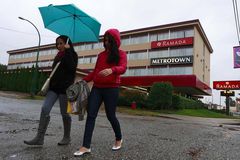 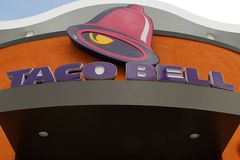 With WANT Apothecary, twins write a prescription for retail therapy
May 11, 2018 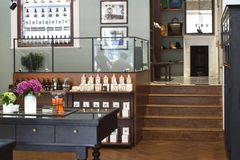 Landlord cleared in deaths of birds that hit glass towers
May 11, 2018 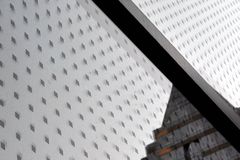 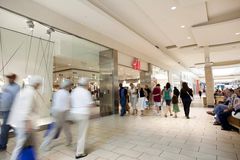 Smart or risky? When suburban cities become developers
May 11, 2018 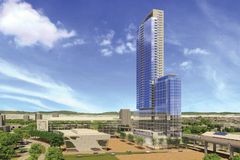