Riversdale’s 20th Street West has been the area’s commercial corridor for more than a century. Despite its early decades as a thriving community, Riversdale started to slide into a period of property neglect, poverty, crime and substance abuse during the 1960s. So notorious had the area become that, in the early 1990s, the Saskatoon StarPhoenix accompanied its newspaper reports with a specially designed “Violence on 20th” logo bordered by two switchblades.

The troubled area, which is just west of Saskatoon’s central business district and abuts the South Saskatchwan River, started to change around 2004 as more artists moved into the low-density neighbourhood, more properties changed hands and new businesses opened. “What was most noticeable was the shift in demographics, with buyers and business people under age 35 moving in,” says Randy Pshebylo, executive director of the Riversdale Business Improvement District (RBID). 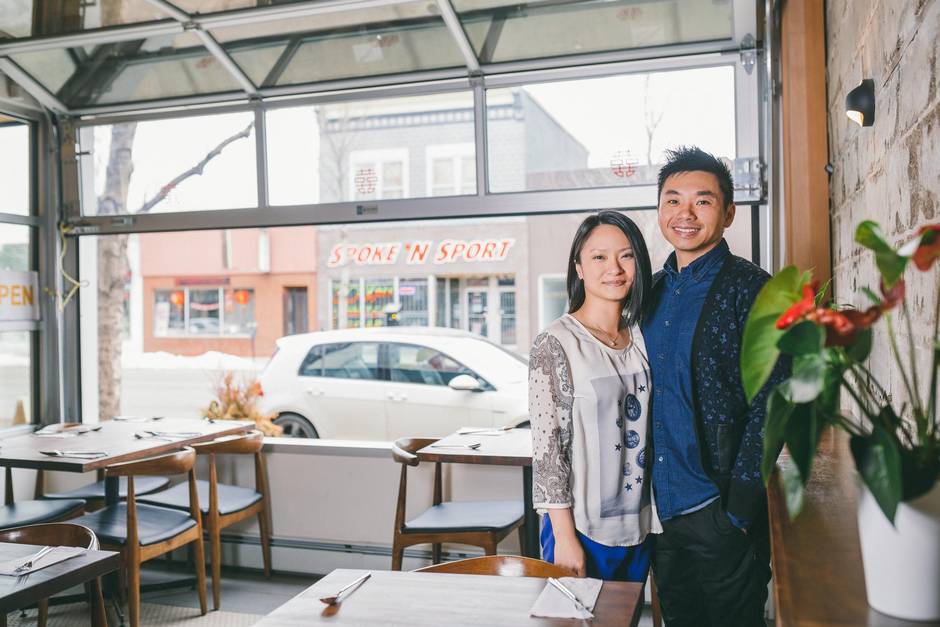 Rachel Kong and Andy Yeun opened Odd Couple in Riversdale in 2014, locking in a 10-year lease. Mr. Yeun says he's noticed rising lease rates for the storefronts around him since. (Odd Couple)

Mr. Yuen is among the new generation of entrepreneurs planting roots here. Enticed by affordable rents and buzz about the city’s newest hot spot, he opened his restaurant on 20th Street in 2014. “The walkability aspect was really a key factor because one of my family’s previous restaurants was in a suburban strip mall. I wanted to open in a neighbourhood where people can shop, walk around, go for a bite or have a drink,” Mr. Yuen says.

Since Mr. Yuen locked into his 10-year lease, he’s noticed rising lease rates for the storefronts around him. Net lease rates along 20th Street have almost doubled to an average $18 to $20 a square foot from $10 to $12 five years ago, says Duncan Mayer, research manager at Colliers International Canada in Saskatoon.

Even at $20, the leases on 20th Street are still a far cry from the $30-plus commanded on the city’s nearby and more upscale Broadway Avenue, and the relative bargain is contributing to the migration of businesses to the burgeoning neighbourhood. “Riversdale became the next choice because the rents were low enough to accommodate smaller businesses and startups,” according to Mr. Mayer, who says that in the past three years alone, 22 new and mostly non-franchised restaurants have opened in Riversdale and Saskatoon’s neighbouring downtown business district. 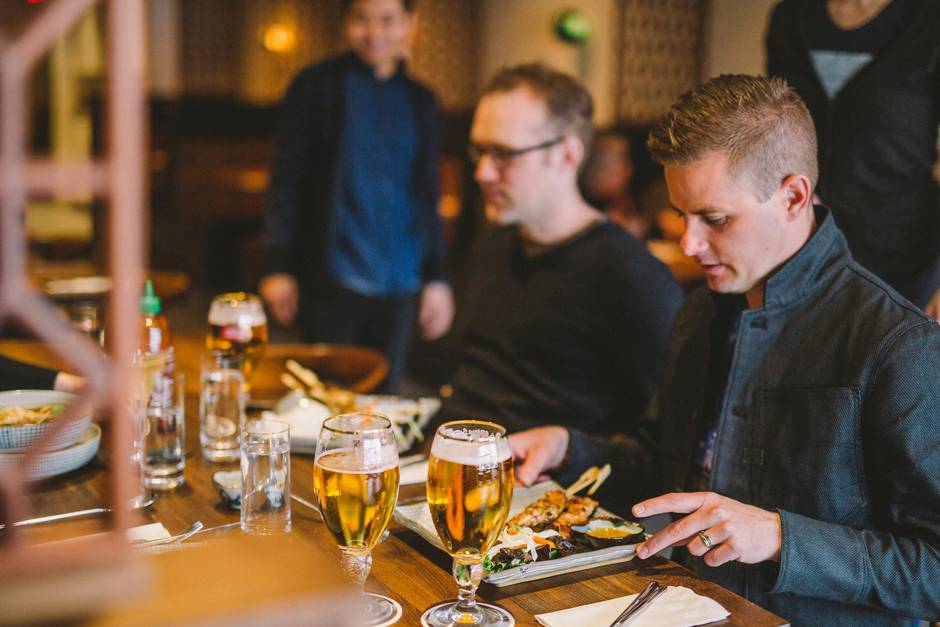 Riversdale – sometimes referred to as Alphabet City for a grouping of streets named from A to Y (there is no Avenue Z) – has developed into an eclectic mix of upscale furniture boutiques and thrift stores, patisserie cafes and a food bank. A new mixed-use condo project – The Banks – is nearing completion on 19th Street, just across from a vibrant farmers’ market. And yet the area’s stylish street receptacles have been thoughtfully designed to allow easier access to returnable bottles and cans for those in the neighbourhood who regularly collect and cash them in.

Mr. Pshebylo is a lifelong Riversdale resident who worked for 27 years as a funeral director here before heading RBID in 2007. As he walks the streets, he uses words like gritty, raw and honest.

“This is a neighbourhood that is nicely in transition, but it’s still early days,” adds Chris Le Fevre, whose Victoria-based company is developing The Banks. The project’s four low-rise buildings feature a mix of about 133 residential units and more than a dozen commercial spaces. The residential aspect is 60-per-cent sold, and residents began taking occupancy in May. Mr. Le Fevre is still working to lock down a signature commercial tenant, and envisages a broad mix of restaurants and boutiques as well as professional and financial services. 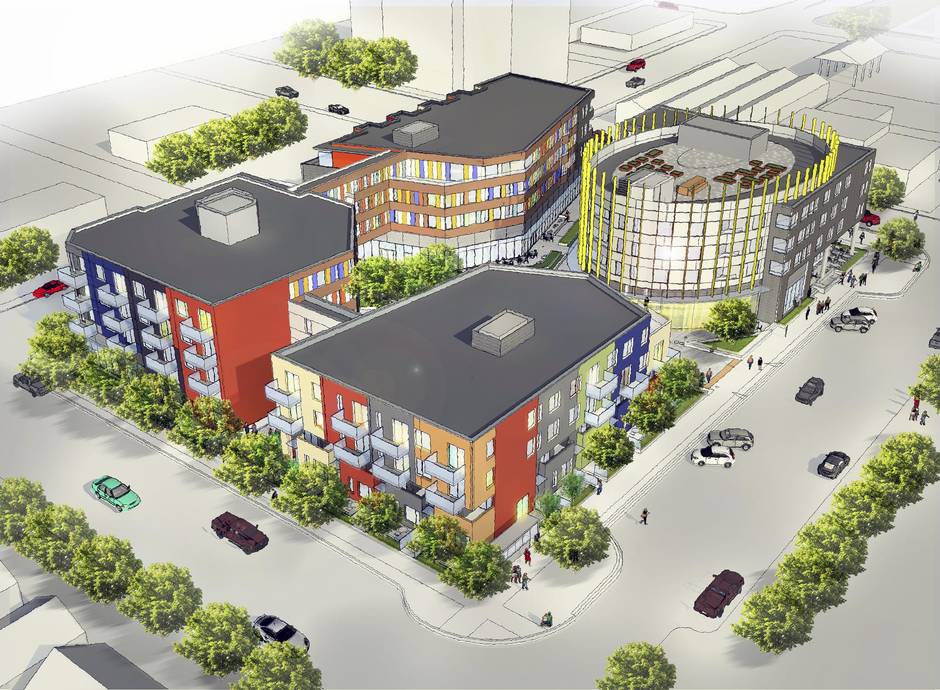 The Banks is one of the new developments taking shape in the Riversdale neighbourhood. The project’s four low-rise buildings feature a mix of about 133 residential units and more than a dozen commercial spaces. (Le Fevre & Co.)

Mr. Le Fevre describes The Banks as a “classic, progressive, urban renewal project” and a game-changer “in the sense that once hundreds of new residents are in the area, the energy that it will create in its own right, and the awareness of living down on the South Saskatchewan River bank, will have a snowball effect.”

The Le Fevre & Co. founder tempers his comments with the reality of high labour and construction costs. The Banks development alone cost $60-million. “The ability to build economically in Saskatchewan and Saskatoon is a very, very tough equation. The price of concrete, for example, is the highest in the country,” says Mr. Le Fevre, who has also developed properties in British Columbia, primarily Vancouver, Victoria and Tofino. 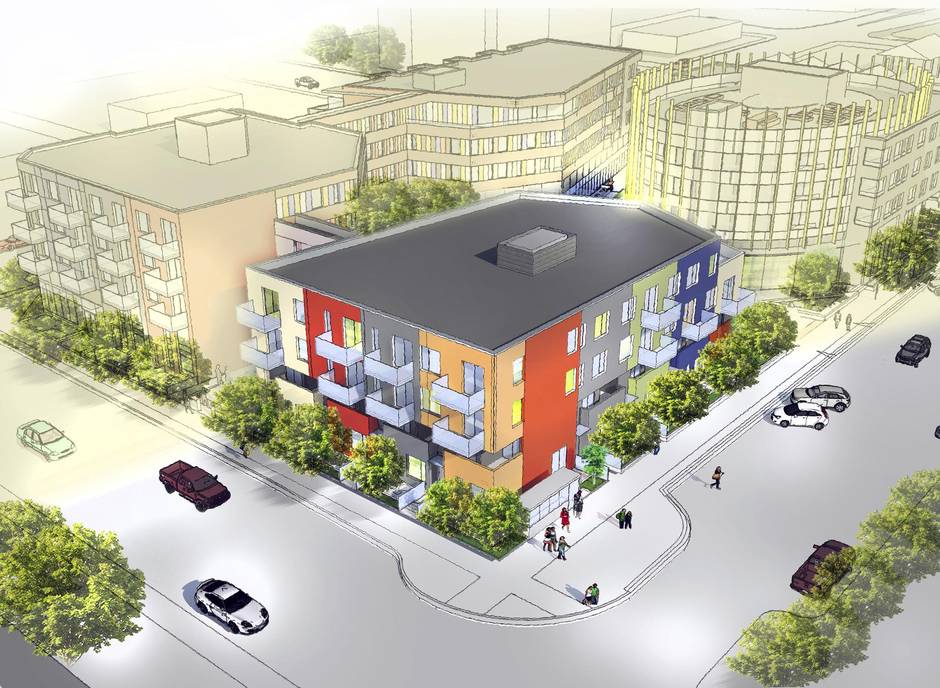 The opening of the nearby Circle Drive South Bridge in 2013 has helped to divert some of the heavy truck traffic out of the neighbourhood and there’s talk of building a new recreation facility somewhere within the RBID.

While the neighbourhood still retains its gritty edge, crime against persons in the Saskatoon Police Service’s Central Division, which includes Riversdale, dropped 5.15 per cent in 2015, although property crime was up almost 13 per cent compared to 2014, according to statistics kept by the city.

Poverty remains an issue, however, with 58 per cent of Riversdale residents earning less than $25,000 a year in 2013, according to Statistics Canada.

“You have to be bold when you walk into neighbourhoods like this and you’ve got to see beyond what is there today,” says Mr. Le Fevre. “It isn’t about moving people out of a neighbourhood, it’s about helping people to live in a neighbourhood.”

Riversdale’s original land speculators wrung the most profit out of their investment by restricting 20th Street West to just 66 feet wide and cramming it with storefront widths ranging from 25 to 35 feet. By comparison, nearby Broadway Avenue boasts store frontages of 50 feet; at 90 feet wide, the avenue itself was purposely designed more than a century ago so that the drivers of horse-drawn wagons would have enough space to pull U-turns in the street. Ironically, 20th Street is now highly prized by new businesses for its cozier, pedestrian-friendly vibe.

Square footage of leasable space in Riversdale, according to Colliers.

Riversdale’s retail, restaurant and office vacancy rate. That compares with 3.5 per cent for the rest of Saskatoon.