This is the first of two stories on Emily Carr University's relocation. The second story can be read here.

In a corner of one of the most carefully cultivated pieces of Canadian real estate, a small group regularly breaks into an exalted-warrior sweat.

Semperviva Yoga has a little studio nestled in a tiny pocket of Granville Island in central Vancouver, amongst the collection of other pockets of local businesses, artisanal shops, artists’ studios, remnants of older heavy industry and overflowing food stands, all on what would otherwise be ultravaluable property.

Yet being Crown land, administered by Canada Mortgage and Housing Corp., Granville Island is an oasis, operating outside normal commercial, real-estate rules.

However, with one of its largest tenants, art school Emily Carr University, leaving in the summer of 2017, Granville Island is in the process of change.

Commercial landlords regularly talk about the feel of property and a certain niche of tenants. Yet rarely is that so carefully and so successfully crafted as with Granville Island. And any change is a concern. 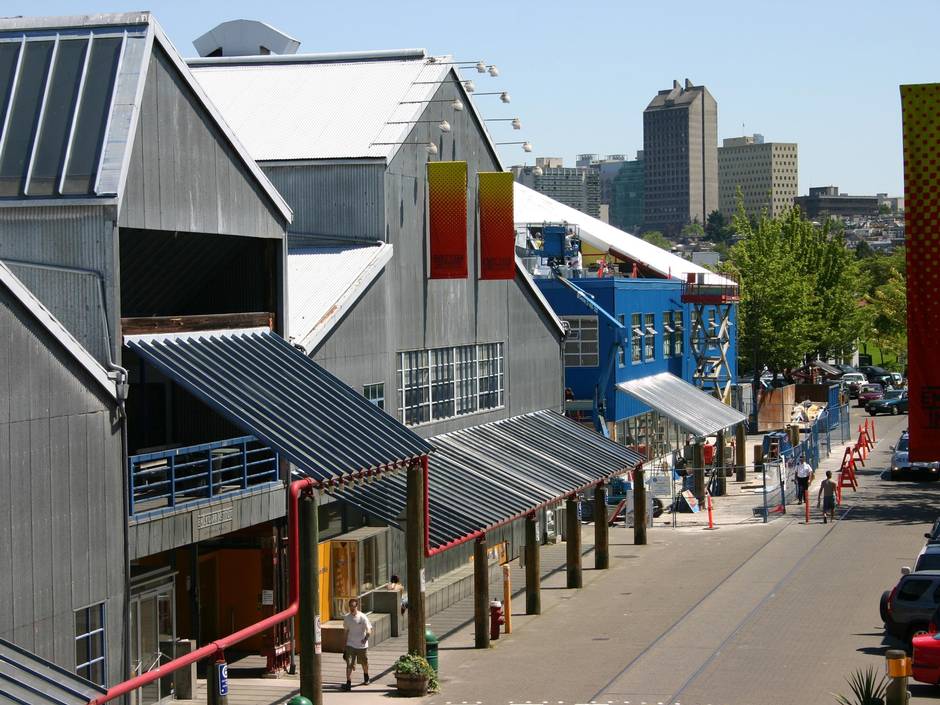 The Emily Carr University’s North Building is expected to be transformed into a mix of artists’ studios, possibly a brew pub and an urban winery and some office space – with plans for more studios, offices and an entertainment venue on the upper floor.

When Emily Carr leaves, “I think it’s going to be kind of sad not to have that buzz down there, with the students walking around,” said Amanda Barnard, a co-ordinator at the Semperviva yoga studio and an artist herself. “They have an art gallery down there. So it’s really nice that anyone who is working in the area has access to walk through the school and have a little taste of art on their lunch break.”

Yet, like most regulars on the Island (which is really a peninsula of land on False Creek), she believes an assortment of new tenants in the Emily Carr space once the university leaves could add new vibrancy.

There are plans to convert Emily Carr’s current North Building (which sits closer to the water) into a mix of artists’ studios, possibly a brew pub and an urban winery and some office space – with plans for more studios, offices and an entertainment venue on the upper floor. For the South Building across the street, the hope is to have an arts institution or possibly a museum as a tenant.

By the fall of 2017, Emily Carr University will have left for its new campus farther east along False Creek, taking with it nearly 2,000 full-time and another roughly 2,000 part-time art students who give the Island much of its daily vitality, among the tourists and food-market regulars. The two buildings aren’t directly in the most central, high pedestrian-traffic area of the Island. Yet the move will leave a noticeable hole.

The question is how much this may change the flavour of the entire Island. 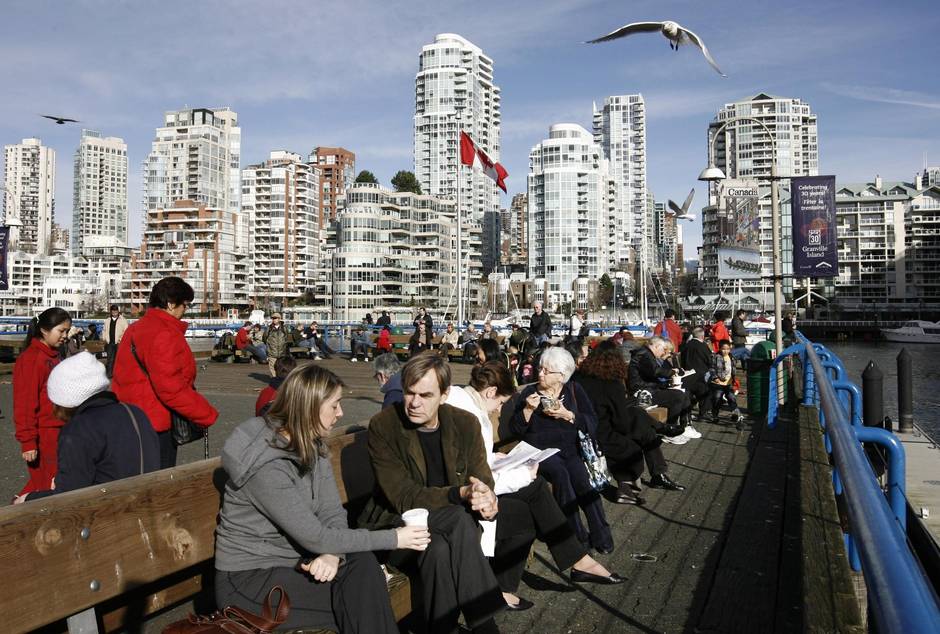 Ten million visitors descend on Granville Island a year. Many are tourists, but most (80 per cent) are Vancouverites regularly buying at the public market, shopping at tiny stores, attending local theatre or a small yoga class. (Kim Stallknecht/The New York Times)

CMHC has promised not to divert from the area ambience and will continue to support artists and artisan businesses. And it will continue to block the entrance of any retail chains. (Inevitably, there’s a Starbucks nearby, but it’s a little up the hill from the Granville Island entrance.)

“The foundations that have made Granville Island what it is – where we don’t allow chains or franchises on the island, we focus on local business, we focus on this creative mix of artisans and light industry – that’s still the same,” said Scott Fraser, manager of public affairs and programming for CMHC on Granville Island. “There’s not going to be any change in the fundamental principles of Granville Island, when we look at the redevelopment here.”

There was concern when word spread over the previous two years that Ottawa was considering transferring administration of the Island to harbour authority Port Metro Vancouver, potentially altering the Island’s noncommercial feel. Ten million visitors descend onto the postindustrial Granville Street bridge each year. Many are tourists, but most (80 per cent) are Vancouverites regularly buying at the Public Market, shopping at tiny stores, attending local theatre or a small yoga class.

But CMHC insisted that a change in administration is no longer being considered. “That particular discussion is definitely dead and gone, and we’re not aware of any other discussion happening in any other circles right now for a change of management,” Mr. Fraser said.

“Granville Island was founded on this mix of different ... communities,” he said. “So, there’s the Public Market. There are the artists. There’s the institutional use, which Emily Carr was a part of, and there are other places like Arts Umbrella, with its [children’s and teens’] arts education.

“There is also maritime heritage. And there’s also the industry part of it,” Mr. Fraser added, featuring the last of the area’s industrial past with Ocean Concrete and its towering concrete silos and the metal works company Micon Products. 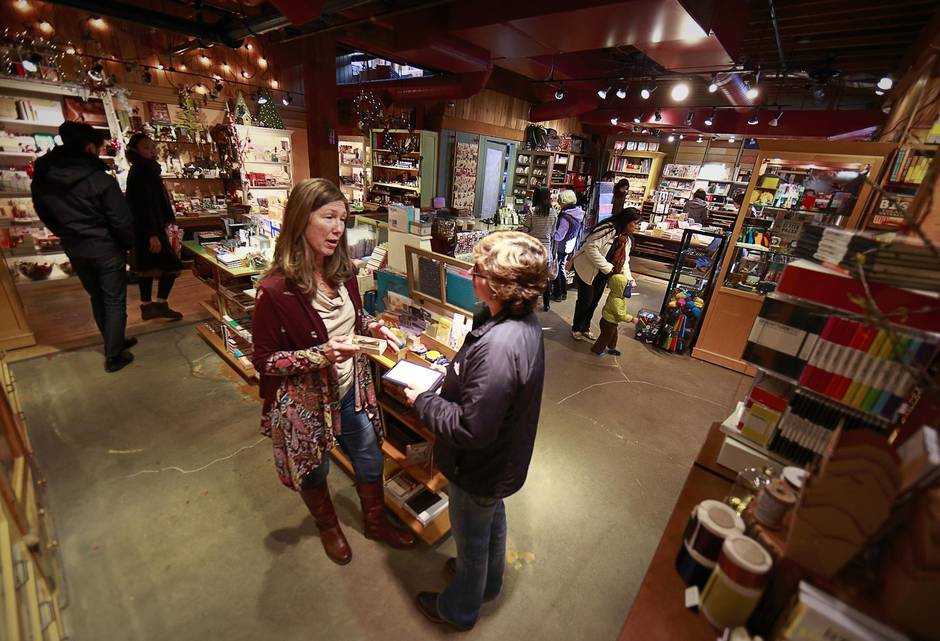 “I really hope that Granville Island will rise to this opportunity,” said Denise Carson Wilde, co-owner of the small, stylish paper and stationery store Paper-ya. Her store has been on the Island for 30 years. “The mandate for CMHC has always been to really control who is down there, what kinds of stores are down there. Not having big-box stores, not having bigger corporations. To keep that kind of independent, artistic, creative vibe happening.

“It is essential for Granville Island,” she said.

What the vibe needs, as CMHC hints and which business people and artists such as Ms. Barnard at her yoga studio say they welcome, is a younger wave of tenants. “The opportunity here is for the buildings to provide space for that next generation of innovators, to set up shop and make Granville Island their home and their home base of operations,” said Sebastian Lippa, a planner with CMHC.

Giving lower-rent space to artists and artisans “has been so instrumental in the career development of many of the producers and creative makers that launched their careers with the start of Granville Island in the late 1970s,” Mr. Lippa said. “We have an opportunity to do that again on a large scale.”