Jim Thompson, chief operating officer of Wal-Mart Canada Corp., has been criss-crossing the country for a ribbon-cutting nearly every day in October and November. One of his newest babies is at Cedarbrae Mall in Scarborough. Smaller than the usual Wal-Mart, it's just 103,000 square feet.

The new store also has its own identity. Mr. Thompson points to where associates took down the Diwali displays and replaced them with Christmas glitter like magical elves overnight.

Before opening the store in this dense Toronto suburb, which is characterized by high-rise housing for a richly multicultural community, Wal-Mart did extensive demographic research. This step was especially critical for the new wave of openings the Cedarbrae project exemplifies: Wal-Mart has had to learn fast how to work within long-time real-estate holdings as it pushes inward toward our city cores. Once seen as category killers built in the barrens of suburbia, the new urban Wal-Marts hold out hope for much-needed shots of energy in tired and often run-down retail zones.

At Cedarbrae, the planning shows an urban location, with hard-working, blue-collar families who earn less than $40,000 per household. These households are large, live in rentals, take public transit and come from South Asian and other visible minorities.

"We plot every store with methodology," Mr. Thompson says, pointing to the right of the cash register. "This is where we would have a big garden centre in our larger stores. But people in high-rise apartments have little need for snowblowers or lawnmowers or barbecues or patio furniture."

By Christmas, Wal-Mart will nearly have wrapped up its biggest building spree since the retailer arrived in Canada in 1994, with 73 new stores opening this year at a cost of $750-million. But the bulk of the new Wal-Marts, though they share the same sunny yellow and blue design hallmarks that make the Arkansas-born discount behemoth familiar around the globe, are very different: this frenzy of construction marks the arrival of a much smaller than the prototype box with more design and content tailored to the characteristics of the communities they are joining.

These smaller stores are among the 39 leasehold interests assumed by Wal-Mart Canada in a deal reached with Target in June of 2011. Target had acquired the leases of 220 Zellers stores from Hudson's Bay Company; some were sold off to Wal-Mart, as well as Canadian Tire, Loblaws and Sobeys.

"This is a defensive move," for Wal-Mart, says John Crombie, senior managing director for retail services at Cushman & Wakefield. "They are looking at changing format size to create more opportunities. They have started moving in to the core." The company has traditionally favoured "greenfields" development, says Mr. Crombie, where they can build their prototype stores (the average Wal-Mart in Canada is 130,000 square feet with some in the 160,000- to 200,000-square-foot range).

But to continue growth, "the market isn't there to justify more stores further and further afield. Urban locations have a built-in market and density is increasing. Retailers are forced to come to the core, but you can't build the same way. You gotta think differently, be flexible."

Mr. Thompson agrees with the core assessment: "Most of the growth in Canada is in Toronto, Calgary, Vancouver and Montreal," he says, with the biggest chunk coming at once with the conversion of the Zellers locations.

Felicia Fefer, manager of corporate affairs for Wal-Mart Canada, calls the conversions "very diverse, non-prototypical sites. The average store size is 81,000 square feet. . . . Of the 39, only 13 are greater than 90,000 square feet. While the majority, 18 stores, are less than 75,000 square feet.In other words, each store is very different from lease agreement to footprint."

Each store will have all departments represented, with what goes where and how many stock-keeping units will fit into the smaller box being determined by community-specific needs.

Groceries are where the individuality of communities can best be seen, and that extensive research included learning about ethnic food preferences. "More than half will include at least a limited selection of groceries," Ms. Fefer says of the new urban locations. "Some will have fresh. Getting new super centres from this deal was a huge win for us. Many of the existing Zellers had restrictions on selling food and our team was able to negotiate for us the right to sell food, or increase our food offering, in many locations."

These were fast incubations, with each store being renovated in an average of just 122 days. They are using the existing shell, Mr. Thompson says. "We are building in a more sustainable fashion," he says, as compared to the Target projects. "They are just annihilating the existing sites."

It has been a long time since Wal-Mart was the big, hairy threat. Wal-Mart came to Canada almost 20 years ago as a joint venture with SmartCentres, the Vaughan-based shopping mall developer, with the conversion of 122 Woolco stores into Wal-Mart locations. The relationship has been billed as unique, with Wal-Mart becoming both the anchor tenant and taking an equity stake in SmartCentre's "power centre" discount uncovered malls.

But Wal-Mart's current building spree – 73 real estate projects were announced at the beginning of this fiscal year – includes only eight "greenfields" stores, or new buildings.located in outer suburbs or towns across the country. Mr. Thompson says the company now uses a range of developers to build and convert stores; SmartCentres, he estimates, are involved in 30 to 50 per cent of current projects.

The urban core is a different expertise, and one Wal-Mart needs to get a handle on fast. Mr. Thompson positions the new core stores as "helping to revitalize these malls. The malls are doing major renos to attract new business. We are going into areas where the urban customers might never have seen a Wal-Mart."

And a Wal-Mart is still a big draw, Mr. Crombie says. "While Wal-Mart might not have the same cachet as Target, it is still a great retailer and the measure of a mall's success is foot traffic. Co-retailers will see an uptick in rent and refurbishment."

But Mr. Crombie warns that customer loyalty in these urban stores will not come from funkier fashion and design offerings but in paying attention to the neighbourhoods. "I think Wal-Mart and other American retailers are amazed by the diversity here, and they have learned they need a relevant offering to our mosaic cultures. . . As a retailer you have to cater to our differences."

And to realize you don't need a snowblower for your high-rise balcony.

Number of customers per day in Canada: 1 million

Number of Wal-Mart stores set to open this fiscal year: 73

Of that, the number of Zellers lease-holds Wal-Mart acquired from Target set to open this year: 39 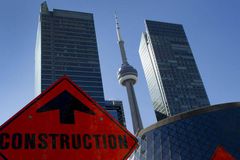 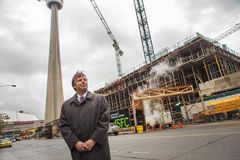 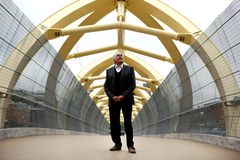 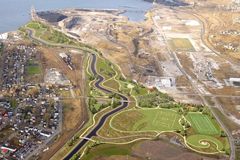