In cities throughout North America, where “revitalize the core” is the latest mantra, a new generation of fully integrated sports arenas and stadiums is coming on stream as anchor tenants for mixed-use districts designed to entice more people to live, work and play downtown.

These new sports and entertainment facilities have little in common with the aging sports stadiums built decades ago in city suburbs.

While there’s no cookie-cutter formula for the new sports/mixed-use districts, what they do have in common is their downtown location and connection to existing public transit systems. They typically include retail, residential and office space, sometimes a hotel, museum or gallery, and always an expansive public square where people are encouraged to congregate.

“Originally, the idea was that you would build a new [sports] facility and then everything would occur around it naturally. But this doesn’t always happen,” says Dan Mason, professor of sport management at the University of Alberta and a consultant with Edmonton and other North American cities on arena development projects.

“You have to have a much more strategic plan for positioning the facility because it’s the surrounding development that really provides the benefits that the cities are interested in, and justifies the public expenditures.” 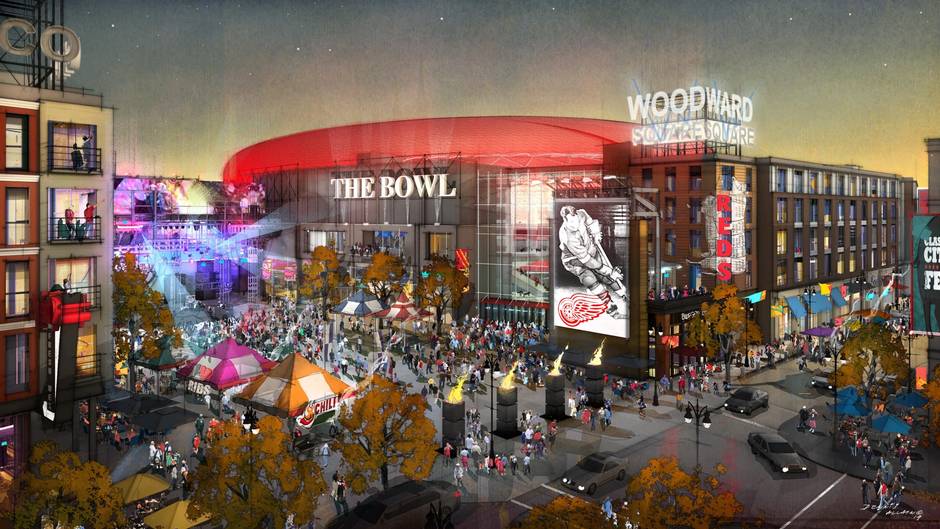 The Little Caesars Arena in Detroit, like many new sports stadiums, will feature a public plaza that encourages congregations. (HOK)

Arenas and stadiums are being designed to work harder and to be better neighbours, explains Ryan Gedney, vice-president and senior project designer for HOK’s Sports + Recreation + Entertainment practice, which counts among its many projects Rogers Place, Little Caesars Arena, and Nationwide Arena in downtown Columbus, Ohio, completed in 2000 and considered the forerunner of today’s sports/mixed-use district trend.

Mr. Gedney describes Little Caesars Arena, scheduled to open in downtown Detroit this September, as a “deconstructed arena,” not only because it’s integrated with its surroundings, but also because the interior is designed to attract daily foot traffic to offices, retail shops and restaurants. Compare that to the sports palaces of yesteryear, which turned the lights on only for home games and any concerts that happened to roll through town.

Little Caesars Arena is a highlight of The District Detroit, a massive 50-block revitalization plan in the heart of the city featuring business, park, restaurant, bar and event destinations, and which is “fundamentally different than any other venue,” Mr. Gedney says.

“I can’t stress enough how it’s really a much different paradigm in how the huge volumes of the concourses and lobbies can be leveraged for something more than just the [sports or entertainment] event.”

Edmonton’s Rogers Place arena and ICE District development is another example of how these new sport-anchored districts are designed “to find bigger, bolder ways to make these buildings do more for the owner and the community,” Mr. Gedney adds. 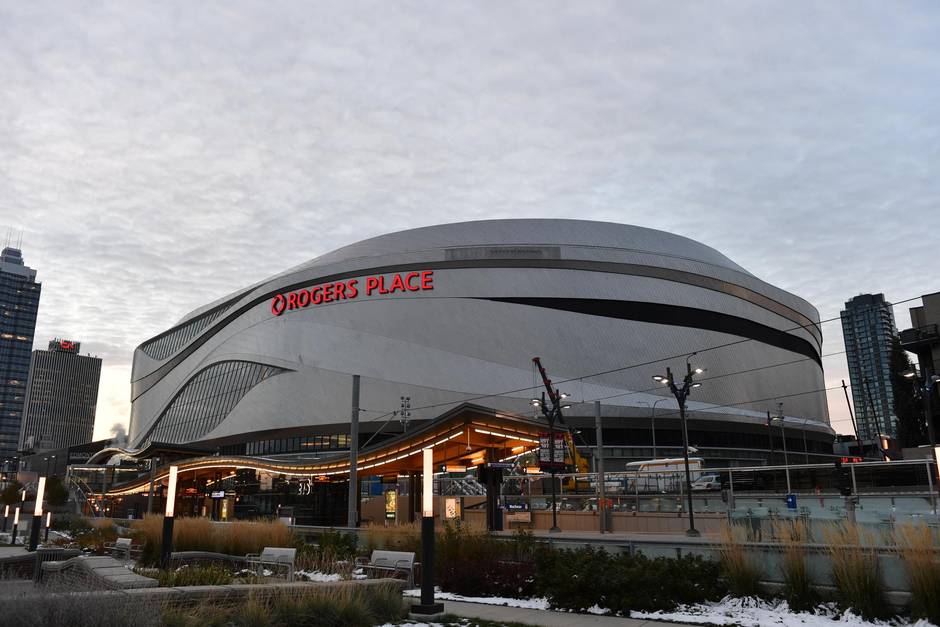 Plans call for Rogers Place in Edmonton to be connected to the 24,000-square-foot Ford Hall public event space, surrounding towers, a hotel and an LRT. (Oilers Entertainment Group)

There’s been a change in attitude toward the value of plazas, parks and other gathering places – where fans are encouraged to celebrate team victories, and where festivals and celebrations are expected to boost civic pride, community identity, quality of life and other intangible benefits.

“Dynamic public spaces are what people are seeking now – from millennials all the way up – where they can have a great experience, whether it’s seeing some entertainment, going to a casino, and so on. The public square is the conduit to all of those elements.”

Gauging the value of providing places for public assembly and other intangibles can be “tough to measure directly,” says Jim Ludlow, president of True North Development in Winnipeg where the True North Square sports, hospitality and entertainment district is taking shape next to the existing 13-year-old MTS Centre arena.

But he says it usually plays out, over time, in more tangible ways, such as “entertainment density, office density, residential density, hospitality density, grocery density and so on that you would not otherwise have had.”

It might be a cliché, Mr. Ludlow adds, but most cities want to get people living, working and playing in a downtown environment. Developments such as True North Square, Staples Center-L.A. LIVE and The District Detroit start with the sports facility and then add complex layers of development, “creating a community within a community … and creating a dynamic that did not otherwise exist.” 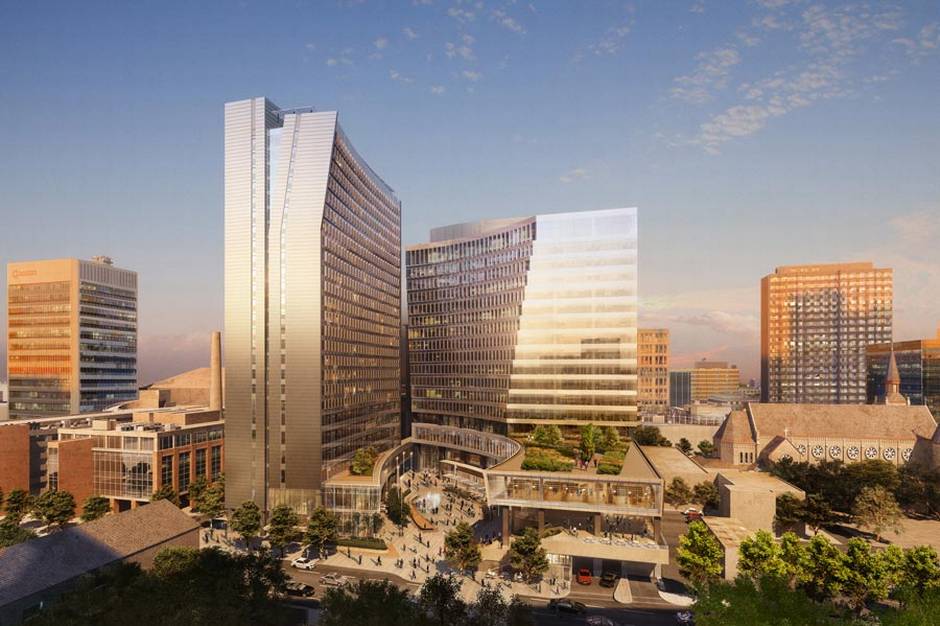 As to the measures of success for these grand developments, HOK’s Mr. Gedney says every project has its honeymoon period. Once the venue has had time to “grow and settle into its true market … that’s when you get a sense of its impact, and success on a broader civic scale,” he says.

Brad Humphreys, professor of economics at West Virginia University, whose areas of research interest include the economics of sports and sport finance, contends that “it’s going to take 10 more years before we can begin to get a good assessment” on the new sports/mixed-use district projects.

“It sounds like it should work better. But in the absence of any systematic evidence, there is just anecdotal evidence.”