The former dot-com denizen, who opened The Drake Hotel in 2004, turning a down-at-the-heels stretch of Toronto's Queen Street West into a centre of local arts and nightlife, is in the process of opening up new hotels. His first major expansion, The Drake Devonshire, is a 2 1/2 hour drive away in Prince Edward County. Mr. Stober says he's looking for other properties, likely in the Toronto region, keeping it in relatively easy access for a team of designers.

The Drake has for years, though, seemed on the cusp of expansion, with its Drake General Store outlets (selling unique home and gift items) and the Drake One Fifty (the hotel's offshoot restaurant in Toronto's financial district). More Drake hotels from the Drake Devonshire and beyond seems an obvious next move.

The new country inn, originally an 1880s foundry and then a bed and breakfast in the village of Wellington on the shores of Lake Ontario, was bought by The Drake for $1.3-million. Three-quarters of the building had to be rebuilt for an undisclosed amount.

The old hotel "was kind of falling down and rotten underneath and had its day. And we, being very smart about it, found ways to really give it a whole new life," said John Tong, architectural designer of the creative studio +tongtong who was also the lead designer of the original Drake.

The inn is designated a heritage building by the county, so the refurbishment needed to preserve much of the original structure, but fix major flaws in the changes that had been made to the building over the years. ERA Architects, specialists in renovation, were also part of the project.

The shore near the inn had to be cleaned up. An extension of the dining room had to be cantilevered over the flood plain of an adjacent creek.

Behind the opening of the Devonshire this week, though, is the question of just how Mr. Stober expects the expansion of his "experiential" brand to work. It's about tapping into something far more ephemeral than simply renovating a B and B. It's about the Canadiana-meets-art-world decor and cultural programming that Mr. Stober cultivated for The Drake and which he hopes to expand to other sites.

With a grin, Mr. Stober immediately jumps on the question of whether it will work.

Sitting in a booth in the Drake One Fifty restaurant, his eyes light up behind his glasses, his back stiffening inside his hipster-fashionable jacket.

"The notion of an urban, lifestyle, hospitality company going into a countryside or rural environment, I think, would initially surprise many," he said.

Mr. Stober grew up in Montreal and spent summers in the Laurentiens and Eastern Townships, making the similarities of Prince Edward County feel like home. Yet he likens the potential of the area to the revitalized inns in the Hamptons on New York's Long Island or Palm Springs for L.A. weekenders.

"It really speaks to a language that we at The Drake relate to," Mr. Stober said. It's a kind of style that blends hip with nostalgia, the contemporary with the comfortable. The dining room, which looks over the lakefront, with its high wooden ceiling and seemingly bistro-like feel, is among the numerous modernist touches of the new inn. A hodgepodge of the old and new was deliberate, much like the original Drake in Toronto.

Much of the modernist renovation touches were the result of respecting the structural and, in the case of the cantilevered dining room, environmental concerns of the site, said Philip Evans of ERA Architects. There's even one abnormal guest room with only a large skylight. Called the Stargazing Room, it's the room most frequently commented on favourably by people touring the property, added Mr. Tong.

The decor and the Drake's style of mixing and juxtaposing have become so codified that the hotel is creating a kind of style guide of eclectic influences with in-house designers and curators, and outside collaborators. And it's also a look available for purchase in gift items at the Drake General Store outlets in Toronto and its mini-stores in The Bay in Toronto and Ottawa.

The point is to turn a hotel from a basic property to a lifestyle choice. The Drake Devonshire will draw heavily from local farm and wineries, as well as from the regional arts and music scene, much as The Drake has connected to Toronto arts.

It also means looking at older buildings in which to expand. (He continues to give no comment on speculation of whether The Drake may add its name to any revitalization of the Broadview Hotel in Toronto's eastside.) But with the Devonshire, consisting of 11 rooms and two suites, he wants customers to feel unsure if they're in 2014 or, say, 1968. High art and design matched with nostalgia.

"We wanted to reinterpret the classic Canadian road trip. And when I thought about Toronto – within a two- or three-hour driving distance – there are so many historic inns and fabulous places. But there was nothing that really offered the collection of choices that we do," Mr. Stober said.

"I think people would sniff it out very quickly," Mr. Stober said.

The county and larger Bay of Quinte region continue to go through a major shift. Tourism, wineries, craft cheese makers and similar artisan businesses catering in part to tourists have taken over from manufacturing. To fit in, The Drake has played host to rounds of open houses for its neighbours to become more than just an outpost of Toronto.

Ryan Williams, president of Bay of Quinte Tourism, an initiative of companies and municipalities in the region, said, "We've had similar smaller boutique hotels in the country … but The Drake is a whole other calibre. We hope it is a catalyst for a lot more change not just for Prince Edward County, but for the region of the Bay of Quinte."

He noted this after having just attended an opening event at the hotel.

For Mr. Stober, opening the new inn is little different than locating the original Drake on Queen West and having to introduce the concept to somewhat wary neighbours. It all ties back to the multigenerational crowd he would like to attract, from weekend art lovers to hip families on a driving trip, all based around the concept of the Drake brand, Mr. Stober added.

"It takes a small army of visionaries to put a project like this together, if you want to do it right," he said.

The office condo – an overdue development, entrepreneurs say
May 12, 2018 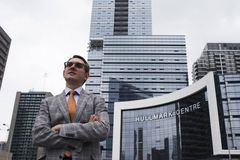 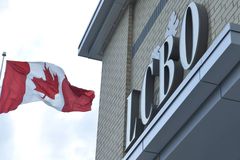 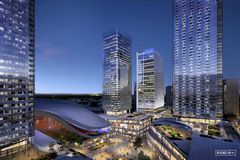 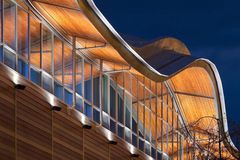 Toronto is experiencing a ‘Manhattanization’ of its downtown core
May 11, 2018