Marvel, the fabled comic-book publisher that slid into bankruptcy protection in 1996 but has since become a multibillion-dollar action-flick factory, has a string of big-screen punch-ups on the marquee this year, including Thor; Captain America: The First Avenger; and, next summer, a new Spider-Man. With such a rich stable of comic-book heroes to exploit, the $4-billion that The Walt Disney Co. paid for the company in 2009 looks like a bargain.

Except for one problem. Behind the onscreen explosions and feats of strength is a quieter but no-less-fiercely fought legal battle over the copyrights to some of Marvel's signature characters, including the Incredible Hulk, the X-Men, the Fantastic Four, Iron Man, Thor, The Avengers, and even Spider-Man.

It's a fight that threatens Disney's profits from Marvel's movie mayhem, and strikes at the heart of the risk-averse economics of 21st century Hollywood, where studios are increasingly choosing recognizable superheroes or other "branded" characters for big-budget action films, banking on existing fan bases.

While each movie costs up to $400-million to make and market, they reliably bring in hundreds of millions at the box office worldwide, followed by home video sales, merchandising, video games, and the inevitable sequels.

Intellectual property lawyers warn the Marvel dispute may be the beginning of a string of similar cases, as Hollywood continues to mine old comic books, television shows and even toys for movies, and as crucial copyright protections lapse. U.S. copyright law allows creators, or their heirs, the right to take back ownership, in some circumstances, of copyrights sold to others so they can benefit if the stories or characters they produced become wildly popular decades later.

The Marvel case began in 2009, when the heirs of comic-book artist Jack Kirby - three daughters, Lisa, Barbara and Susan, and son Neal - sent Marvel "termination notices," seeking to regain the copyrights to characters and stories created or co-created by their father, as well as a percentage of all profits from their use, beginning in 2014.

Jack Kirby, whose trademark boxy, angular style and outlandish imagination had come to define the company's superheroes over his decades-long career, had often feuded with Marvel over creative credits and payments. He died in 1994.

No one involved in the case will say just how much the rights to Mr. Kirby's creations would be worth, or could cost Marvel or Disney if they lose the case. But clearly, a lot of future superhero box-office receipts could be at stake. Similar cases are expected as the periods laid out in U.S. copyright law elapse for the pop-culture creations of the mid-20th century, allowing for more termination notices from original creators.

Meanwhile, special effects have come a long way since Christopher Reeve was hoisted up with wires so he could "fly" in 1978's Superman. Today's eye-popping production values are a major factor driving Hollywood's comic-book binge, said San Francisco lawyer Thomas Magnani of Howard Rice Nemerovski Canady Falk & Rabkin PC, a law firm that worked on a long dispute over the rights to Winnie the Pooh.

"The moviemaking technology changed to the point where you could create realistic-looking movies of these superheroes and their super abilities," Mr. Magnani said. "So it created a whole new opportunity in filmmaking that did not exist in the thirties, forties and fifties."

The Los Angeles-based lawyer at the centre of the Marvel battle is Marc Toberoff, a veteran in this kind of fight and well-known in entertainment media circles as a thorn in Hollywood's side.

Mr. Toberoff also acts for the heirs of Jerry Siegel and Joe Shuster, the creators of the grand-daddy of all superheroes, Superman. They are locked in a similar eight-year fight with DC Comics, a subsidiary of Warner Bros., over not just a share in profits from the character, but the right to make new movies or comics with the Man of Steel at all.

"Somehow, I fell into this niche where I am enforcing artists' rights," said Mr. Toberoff, who attended McGill University in Montreal before going to law school at Columbia University in New York. "I make a good living at it. But I also like standing up for something."

The Marvel case centres on arguments over whether Mr. Kirby, during a critical 1958 to 1963 period, was creating what is known as "work made for hire." Under U.S. copyright law, Marvel could be deemed to own Mr. Kirby's creations if he was making them at the "instance and expense" of the company, and not working purely as an independent freelancer.

Marvel, which responded to the copyright termination notices with a lawsuit last year, argues Mr. Kirby worked under the direction of the now-88-year-old face of Marvel, Spider-Man co-creator Stan Lee, and that the company owns all the works. Mr. Kirby's heirs beg to differ.

Mr. Toberoff says Mr. Kirby was the "Leonardo da Vinci of comics," and no mere hired gun, and his heirs deserve a share of the wealth his creations are making, a half-century later. He argues: "There's no question the driving creative force behind all this work is Jack Kirby."

James Quinn, the prominent New York trial lawyer representing Marvel in the case, said his client clearly owns the works in question and has no plans to settle.

"People can say it's not fair," Mr. Quinn said in an interview. "But who knew, back in the fifties and sixties, that any of this stuff was going to be popular in the sense that it is today? Nobody knew. It wasn't like somebody was taking advantage of somebody else. … It's easy, 50 years later, to say, hey, Spider-Man, look how valuable it is. Nobody knew how valuable it was going to be in 1961."

The heirs of Jerry Siegel and Joe Shuster, the creators of Superman, have been battling DC Comics, a subsidiary of Warner Bros., for eight years over a share in profits from the character and the right to make new movies or comics.

The pair sold the character to DC's predecessor for $130 in 1938. Over the years, they and their families reached various deals with the publisher to receive extra compensation. DC has argued that it rightfully owns the character, having developed it over 70 years.

Among the heirs Mr. Toberoff represents was Jerry Siegel's widow, Joanne Siegel, who served as the first model for Lois Lane and who died in February at 93.

That case's outcome likely cannot stop the making of the next Superman movie, slated for next year. But depending on the outcome, Warner may need a new deal with the Superman creators' heirs in order to make sequels.

Not surprisingly, there are those in Hollywood who see Mr. Toberoff - who also tangled with Warner, and won, over the rights to The Dukes of Hazzard - as a combination of Dr. Doom and Lex Luthor.

In the bitter Superman fight, there's no question that if either side had a kryptonite ray, they would be using it.

Last year, DC Comics launched a lawsuit against Mr. Toberoff and his clients that accuses him of having "falsely represented" himself to the heirs as a film producer backed by a "billionaire investor." and of securing control of the largest single financial stake in the benefits of the control of the Superman rights, at 47.5 per cent.

The lawsuit is apparently based on a cache of documents taken from Mr. Toberoff's office and anonymously delivered to Warner Bros. officials by a former employee of Mr. Toberoff's - whose identity, in keeping with the superhero theme, remains secret.

In a statement, issued when the lawsuit was filed, Mr. Toberoff dismissed the allegations as "baseless" and accuses DC Comics of launching a "desperate effort" after suffering a partial defeat in 2009 over the Siegels' rights to Superman to wage a "smear campaign." 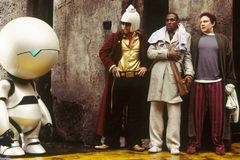 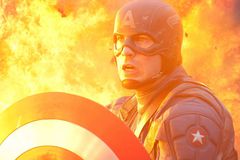 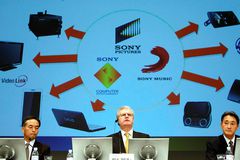