In an unprecedented ruling, a B.C. court has ordered Google Inc. to block a group of websites from its worldwide search engine – a decision raising questions over how far one country's courts can exert their power over the borderless Internet.

The temporary injunction, issued by B.C. Supreme Court Justice Lauri Ann Fenlon on June 13, came despite arguments from Google's lawyers that Canada's courts did not have the jurisdiction to tell Google, based in Mountain View, Calif., to block access to the websites anywhere in the world.

In an e-mailed statement, Google said it was disappointed in the decision and said it would launch an appeal. It declined requests for an interview.

It follows a landmark decision by the European Union Court of Justice on the so-called "right to be forgotten" that forces Google to take down certain information about private individuals if asked.

The B.C. injunction, which orders Google to comply within 14 days, is part of a court fight launched by Burnaby, B.C.-based Equustek Solutions Inc., which makes and sells complex industrial networking devices.

According to the ruling, the company alleges that a group of former associates stole its trade secrets in order to manufacture competing products, which they continue to sell through a network of websites, in "flagrant" defiance of numerous previous court orders.

Google's current procedure would allow it to block search results for offending website addresses on its Canadian website, Google.ca. But most of the defendants' sales occur outside Canada, the ruling says; even within Canada, the defendants simply switched URLs, turning the exercise into "an endless game of 'whac-a-mole.'"

In her ruling, Justice Fenlon determined the B.C. court had jurisdiction over Google, noting the company sells ads in British Columbia and uses its search technology to target those ads to British Columbians. She granted the plaintiffs an injunction that she said no Canadian court had granted before.

"Google is an innocent bystander but it is unwittingly facilitating the defendants' ongoing breaches of this Court's orders," her ruling reads.

"The Court must adapt to the reality of e-commerce with its potential for abuse by those who would take the property of others and sell it through the borderless electronic web of the internet," she writes.

Canadian courts, and others around the world, have been increasingly extending their reach across borders in a variety of areas. And Canadian courts have in the past issued orders affecting people or entities outside its borders, such as injunctions demanding the freezing of assets.

But University of Ottawa law professor Michael Geist slammed the recent Google decision in a blog post on Tuesday, warning that it could lead to other countries demanding Google censor content worldwide, putting free speech at risk. "While the court does not grapple with this possibility, what happens if a Russian court orders Google to remove gay and lesbian sites from its database? Or if Iran orders it remove Israeli sites from the database?"

In an interview, Prof. Geist said he agrees the court has jurisdiction over Google but disagrees that it should have the power to issue an essentially global injunction: "That seems to be to be a very dangerous overreach."

Robert Fleming, the lawyer for the Vancouver plaintiffs who won the injunction against Google, said no court elsewhere in the world would recognize such extreme orders against Google as those Prof. Geist suggests. Unlike Prof. Geist's hypothetical cases, Mr. Fleming said, his case is an intellectual property dispute over which U.S. and other courts would clearly recognize the B.C. court has jurisdiction – not a question of free-speech.

And in his case, he said, the main defendant, Morgan Jack, has repeatedly breached previous court orders and has failed to show up for court proceedings. According to court documents, Mr. Jack has "disappeared," although his websites allegedly continue to operate.

This has forced Mr. Fleming's clients to take the steps they have against Google. "Things happen so quickly and on the Internet they are so borderless, the courts have to be able to adapt," he said. 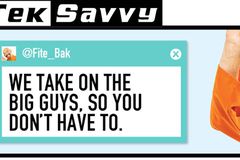 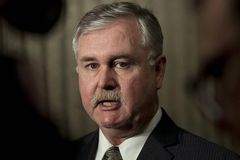