A Romanian website that says it's dedicated to keeping 'information free and open' is raising difficult questions about how much personal information should be included in Canadian legal rulings.

Over the past year, close to 100 people have complained to the Canadian Legal Information Institute (CanLII), after coming across legal decisions that mention their names through Google searches. The rulings are public information, but most are shocked to see the details of their court cases – often family law, criminal or immigration matters – on the Internet for anyone to read.

The complaints CanLII fielded stem not from decisions posted on its own website, but on a site hosted in Romania that asked for a fee for quick removal of personal information. The decisions from the foreign website – which copied hundreds of decisions from CanLII in 2012 and posted them on its own site – began popping up in Google results because unlike CanLII, the site allowed search engines to crawl its contents.

The situation has highlighted the growing tension between open access to public information and the desire to protect personal privacy in the digital age.

David Fraser, a Halifax-based privacy lawyer, says people who came into contact with the legal system used to enjoy a form of "privacy by obscurity" because their cases were often forgotten in a filing cabinet or buried in a legal textbook.

"Now, we have CanLII and other online services, which have done a great job of making the legal system much more accessible to lay people," he says. "Perhaps the starting point is for courts and other public bodies that generate public records to be much more careful about what they put out there, and be mindful about the fact that it would appear the Internet never forgets and the privacy through obscurity that used to exist is no longer the case."

The non-profit CanLII has published more than a million Canadian rulings provided to it by courts and tribunals on the stipulation that it not allow Google or other search engines to index its pages and display them in search results. Individuals might be linked to legal matters if they search their names directly in the CanLII site, but the documents are not supposed to come up on a web search, affording a small layer of privacy.

Last summer, Dawn Fishman's 18-year-old son typed his name into a search engine and found a decade-old ruling from his parents' divorce proceeding. Ms. Fishman, who lives in Toronto, was embarrassed to learn details of what she calls a "dark chapter" in their lives were online and easy to find.

"To have it made public is the icing on a really bad cake," she says, adding she was unaware that any of the documents would end up online. Ms. Fishman decided against trying to pay the Romanian site to remove her personal information but was frustrated and angry that CanLII could not help her.

Colin Lachance, the chief executive of CanLII, says the organization has contacted privacy commissioners, legal regulators, courts and justice departments, but has not found an answer to the problem faced by those who have found their decisions on the Romanian site. (He says CanLII has set up protections to prevent a similar attack on its site that resulted in the original copying of hundreds of cases.)

Matt Earle, CEO of online reputation management firm Reputation.ca, says his team travelled to Romania and came up with a solution using local law to compel the site to remove individual documents. He says his company, which charges a fee of $1,500 per case, has succeeded in using the method about 30 times.

The site, called Globe24h, also hosts documents in rudimentary directories from a handful of other jurisdictions including Mexico, Spain and the European Court of Human Rights. It is run by an individual who identifies himself as Sebastian Radulescu and he writes on the site that his objective is to keep "information free and open."

Globe24h's policies appear to change frequently and while it previously listed a price for expedited removal of personal information, it now says it simply requires a written request. Through an exchange of e-mails, Mr. Radulescu declined to comment for this story, saying he would only do so if The Globe and Mail agreed to publish the entirety of his written response.

The Canadian Judicial Council has noted concern over the online publication of cases containing sensitive personal information that may be relevant only to the immediate parties.

In a protocol issued in 2005, the CJC recommended keeping personal identifiers such as day and month of birth, social insurance numbers and financial account numbers out of cases altogether. In cases not subject to a publication ban, the CJC suggested exercising discretion to prevent the identification of children or innocent third parties.

However, while some chief justices have recommended those in their courts follow the protocol, it remains only a guideline for individual judges.

"It's easy to blame this Romanian guy, but someone else was going to do it if he didn't," Mr. Earle says, adding, "At the core of it, it's the Canadian courts' fault for not anonymizing the people's names on this."

Tamir Israel, staff lawyer at the Canadian Internet Policy & Public Interest Clinic in Ottawa, cautions that a blanket policy granting anonymity to everyone who interacts with the legal system would create its own problems, such as restricting research on individuals the public has a genuine interest in knowing about.

"You may not even know who's going to be a public figure in five years," Mr. Israel notes, adding that a systemic solution that allows for tiered access to decisions, with greater access for lawyers or those with research or reporting credentials, could be part of a solution.

Mr. Fraser, the Halifax-based privacy lawyer, similarly warns against making sweeping changes based on emotional discussions such as those raised by the CanLII case.

"Looking only at bad examples of something that is unpleasant and distasteful and perhaps even extortionary – if you're going to do anything that would purport to limit access to otherwise completely factual documents, you would need to be extremely careful about how you do that." 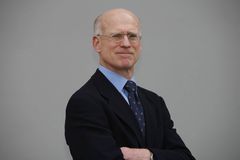