The latest salvo in a marathon multibillion-dollar legal battle between global energy giant Chevron Corp. and a group of Ecuadorean residents over environmental damage begins Monday in a Toronto court.

Lawyers for both parties will meet before an Ontario Superior Court judge this week to argue pretrial motions related to whether a hefty foreign judgment should be recognized in Canada.

The Ecuadoreans will try to enforce the $9.51-billion (U.S.) award from an Ecuador court against the assets of Chevron subsidiaries in Canada. The company, however, will contend that the claim should be dismissed because Chevron Canada is a distinct entity that's separated from its corporate parent with no business ties to Ecuador.

Closely watched by lawyers, the case, which started in Canada in 2012, is part of a broader trend that sees plaintiffs in developing countries come to Canada to seek relief against multinational companies.

The matter is back in Ontario after the Supreme Court of Canada said in 2015 that jurisdiction has been established and that the case can proceed. The country's highest court held that there's a low threshold for foreign judgment creditors to start recognition actions, boosting the litigation risks for multinational companies with assets in Canada.

The legal dispute between Chevron and the villagers in Ecuador has been playing out in courthouses around the world for decades. Since the first class-action lawsuit was filed 23 years ago in New York, lawyers representing the plaintiffs have tried to force Texaco Inc., which was acquired by Chevron in 2001, to pay damages for water and soil contamination that occurred in the oil-rich Lago Agrio region of Ecuador from 1964 to '92. Texaco operated the project with Ecuador's state oil company, Petroecuador.

The 47 plaintiffs in the Ontario action, which represent roughly 30,000 indigenous villagers in Ecuador, say their health and well-being has suffered because of Texaco's former operations and the toxic waste that was left behind. Chevron, one of the largest oil companies in the world, has ferociously defended itself over the years. It has refused to settle the lawsuit or pay the amount the Ecuadorean court said it owed. The San Ramon, Calif.-based company says that Texaco paid its share of the cleanup costs after it ceased operations in the 1990s. But the plaintiffs disagree – they claim Texaco's remediation of the contaminated site was incomplete. Since the company no longer owns any assets in the country, the Ecuadoreans have taken the legal fight overseas. They've mounted an attempt to seize any Chevron assets outside Ecuador.

"Even innocent clients may not benefit from the fraud of their attorney," an August ruling from the U.S. Court of Appeals for the Second Circuit stated, upholding a lower-court decision.

In addition to their campaign in Canada, the plaintiffs have also made similar attempts to collect the $9.51-billion judgment in Brazil and Argentina.

A pillar of Chevron's litigation strategy here in Canada continues to be a principle known as the corporate veil, or the legal separateness between a parent company and its subsidiaries that insulates one entity from the liabilities of the other.

"The plaintiffs seek to evade the bedrock principle of corporate separateness in Ontario in an effort to apply pressure to Chevron Corp.," lawyers for Chevron said in filings submitted this summer.

Chevron Canada, it contends, is a seventh-level indirect subsidiary of parent company Chevron Corp. with its own board and financials. However, it does receive "high-level oversight and strategic input" from its U.S. parent, lawyers for the Chevron companies said in their filings. 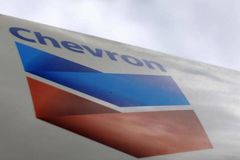 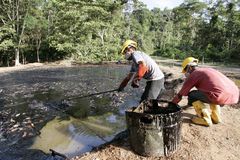