Backed by Beijing's order to invest abroad, Chinese firms are shedding their political caution and becoming increasingly aggressive in launching legal actions to defend their interests against western governments.

In the U.S., Chinese-owned Ralls Corp. is suing President Barack Obama and his government for blocking the acquisition of a wind farm over national security concerns. In Europe, China's second-largest insurer, Ping An Insurance Group, has launched a $2-billion arbitration claim against the Belgian government over the expropriation of a Belgian-Dutch bank in which it had invested.

The Harper government, with virtually no debate in the House of Commons, is bringing into force later this month the bilateral Foreign Investment Promotion and Protection Agreement (FIPA). As result, Canadians can expect Chinese firms to follow the lead of North American counterparts, who have successfully used the dispute settlement provisions of the North American free-trade agreement to challenge domestic laws and regulations.

"But these agreements entitle governments and entitle corporations to use dispute settlement proceedings and there is no reason why the Chinese shouldn't avail themselves of those opportunities. Where they have legal rights, they are now becoming more comfortable in using them."

Ottawa is now reviewing the $15.1-billion bid by China's CNOOC Ltd. for Calgary's Nexen Inc., and is widely expected to approve the deal despite polls showing Canadians are uneasy about the prospect of giving up control of natural resources to foreign state-owned firms. Under FIPA, once the government approves the CNOOC bid, the company will enjoy all the rights of a domestic corporation, while Canadian investors are promised the same protection in China.

That means, for example, federal and provincial governments will not be able to restrict CNOOC's ability to ship bitumen out of the country for processing in China unless it imposes the same export restrictions on all companies. And it means CNOOC would be able to seek compensation for any government regulations found to be discriminatory, either in Canadian court or from an arbitration panel.

Having already lost several high-profile NAFTA cases, governments could face substantial new challenges as an anticipated flood of Chinese investment washes over Canada in the next decade and the newcomers use all legal means to protect their interests.

Ralls this week added President Obama to a lawsuit filed in U.S. district court after the American government ordered it to halt construction of four small wind farms in Oregon because the sites were too close to a navy training site. The company – which was seeking to place wind turbines supplied by China's Sany Group at the site – complained Mr. Obama and the Committee on Foreign Investment in the United States (CFIUS) had violated its "right to equal protection under the law."

The lawsuit is "pretty ballsy and gives you a flavour of where the Chinese firms are standing," said Milos Barutciski, co-chair of the international trade and investment practice at Bennett Jones LLP. "There's no question that they're nervy; they're more aggressive, and they're acting like the private sector."

But Ralls – or Sany Group – may also have been naive in thinking the company could install wind turbines near an important U.S. military training base without attracting concerns about national security, especially in the lead-up to the presidential election.

Contrast that approach with CNOOC's bid for Nexen, which has assets in the Gulf of Mexico. Since CNOOC failed in its controversial bid for California's Unocal Corp. in 2005, Chinese energy companies have been building a portfolio of joint-venture investments in the U.S. And CNOOC ensured the deadline on its CFIUS application on Nexen would extend beyond the November presidential election.

"Experience brings expertise and sophistication," said Erica Downs, an analyst with the Brookings Institution in Washington.

In Europe, China's Ping An Insurance filed an arbitration claim last month against Belgium with the International Centre for Settlement of Investment Disputes, a global organization to which both countries belong.

After the financial collapse of 2008-09, Ping An wrote off more than $2-billion that it had invested in financial group Fortis, which the Belgian government taken over and sold off, thereby locking in a massive loss for the Chinese insurer. After years of negotiations, Ping An filed a claim with the ICSID, the first such request for arbitration by a Chinese firm against a developed-world government.

Mr. Barutciski said Beijing has also been increasingly active as a complainant at the World Trade Organization, challenging barriers erected by trading partners and and countervail measures imposed by the United States.

"The government is only too happy to use its legal rights," he said. "So if the government of China People's Republic feels comfortable, why shouldn't the investor? And that's reflected in litigation." 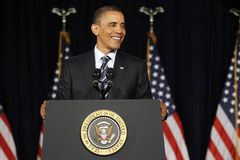 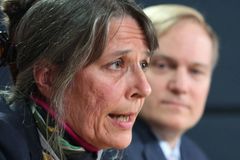 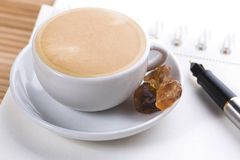