Mutual fund giant CI Investments Inc. will return $156-million to clients who owned mutual funds during a five-year period when the company failed to detect errors in calculating fund valuations.

The Ontario Securities Commission (OSC) approved a settlement deal with CI at a hearing Wednesday that includes full restitution to investors and a voluntary payment of $8.05-million to the regulator.

The $156-million settlement is by far the largest amount of investor compensation that has been paid since the provincial securities regulator introduced no-contest settlement agreements in 2014, which allowed parties to settle enforcement cases without admitting to any guilt.

OSC lawyer Pamela Foy told a hearing panel Wednesday that net asset value (NAV) calculations are a critical metric for investors when deciding whether to buy or sell funds, and it is imperative that fund companies have a "robust" system of controls in place to ensure the information is calculated accurately.

Ms. Foy said CI notified the OSC last June that a review had uncovered evidence that seven of its mutual funds had reported inaccurate NAVs between December, 2009, and June, 2015, because they had not recorded interest income that accumulated in bank accounts set up by the funds.

The interest was earned on money deposited in the accounts as collateral for forward-purchase agreements, but the gains were not recorded as an asset and were not included in the calculations of the funds' values. The seven funds had total assets valued at $9.8-billion as of May 29, 2015, according to the settlement.

The interest income still remains in each of the fund's bank accounts and was never "co-mingled" with CI's own funds, the settlement agreement said. That means the money returned to investors will come from the mutual funds themselves and not from CI Financial's assets.

BMO Nesbitt Burns analyst Tom MacKinnon said the $8-million payment to the OSC, however, will be a cost borne by the company and represents about 4 per cent of his estimated pretax profit for CI Financial in the first quarter this year. "In our view, this represents a bit of a blemish to CI's reputation, as errors may indicate issues with compliance," he wrote in a report to investors.

According to the settlement agreement, CI hired Deloitte & Touche in 2015 to review its handling of the NAV calculation. The review uncovered at least four earlier opportunities when the company could have detected the calculation mistakes.

In December, 2011, for example, a third-party company hired to calculate NAV valuations alerted CI that it hadn't been recording bank account interest earned by one of its funds. The Deloitte report said CI didn't take steps to fix the problem, however, and didn't deal with the issue as a NAV calculation error at the time.

Instead of following procedures for fixing an inaccurate NAV calculation, CI followed a protocol used to deal with recording unanticipated income by amortizing the accumulated interest, the settlement agreement says. This meant the error was not taken to the company's compliance department at the time and the OSC was not notified until years later.

The settlement agreement also said commission staff found no evidence of dishonesty or intentional misconduct by CI and said the company has provided "prompt, detailed and candid co-operation" to the OSC.

In November, mutual fund company Quadrus Investment Services Ltd. reached a no-contest settlement with the OSC, agreeing to pay $8-million to clients after an internal review discovered they had paid excess fees on their investments. In November, 2014, three subsidiaries of Toronto-Dominion Bank agreed to repay $13.5-million to clients who were overcharged on fees in another no-contest settlement.

The OSC reached its first no-contest settlement with accounting firm Ernst & Young, which agreed in September, 2014, to pay a $8-million penalty to resolve allegations it performed negligent work in its audits of Sino-Forest Corp. and another Chinese company. 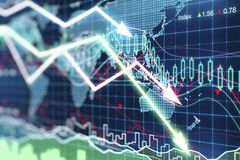 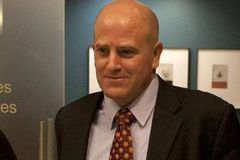