Dentons, a law firm created in a three-way global legal merger in 2013, has struck a deal to join forces with the biggest law firm in China and create a uniquely globe-straddling law firm.

The merger with Dacheng Law Offices, which the firm says has about 4,000 lawyers across China, creates the world's single largest law firm by head count, with more than 6,500 lawyers in 50 countries.

While Dentons says the deal must still be approved by Chinese regulators, a ceremony has been scheduled in Beijing next Tuesday to celebrate the new law firm. Globally, it will still go by the name Dentons, but it will feature a logo with the Chinese characters for Dacheng in front of the name.

It's the latest in a series of global legal mergers creating a new breed of massive law firm. It is not the first major Chinese law firm to merge with a foreign firm (that was a 2012 merger between Australia's Mallesons Stephen Jacques and Hong Kong-based King & Wood) but it is the biggest such deal. It comes as China seeks to reform its legal system, particularly its commercial law, while Chinese businesses continue to scour the globe for investments.

The deal could give Dentons's Canadian arm – the former Fraser Milner Casgrain LLP – a key advantage, both for Canadian clients looking to do business in China and for Dentons lawyers here competing with leading Bay Street firms to act for Chinese companies as they invest in Canada's natural resources or other industries.

Some of Dentons's Canadian competitors have established small offices in China, and many of Canada's top merger-and-acquisitions lawyers travel there regularly and have advised on major Chinese investments in Canada. But Dentons will now have access to a massive and well-connected network of Chinese lawyers on the ground.

"If the Chinese are doing any deals in Canada in the future, I think you are well-positioned ahead of all the competition," said Vancouver-based legal industry consultant Colin Cameron. "… In one fell swoop, you have moved ahead of people with outposts, any Canadian firms that have established a small amount of interaction with Chinese firms or Chinese companies. You've just done a complete end run."

Dacheng, which is just 22 years old, has been growing rapidly and counts major Chinese companies and state-owned enterprises as clients. Its founder, Peng Xuefeng, is a former Chinese government minister who launched the firm in 1992, just as the government allowed private firms. Mr. Peng will become the chairman of the global board and chairman of the global advisory committee of the new firm.

As in other law firm mergers, for tax, regulatory and other reasons, the firms will remain financially independent but will co-ordinate branding, client relations and other functions through a decentralized structure called a "Swiss Verein."

"This is really the next transformative step in the evolution of the firm," Mr. Pinnington said in a phone interview. " ... To now be able to offer Canadian clients, an on-the-ground touch-and-feel, an intrinsic understanding of how business is conducted [in China], I think that significantly enhances what we can now offer our clients."

Mr. Portnoy said Dentons started talks with Dacheng after a first meeting at a restaurant in Beijing with the firm's leadership early last summer. The respective firms partners have approved the merger in votes held earlier this month, setting the stage for what he calls a historic deal: "There has never been a combination like this, a meeting of East and West." 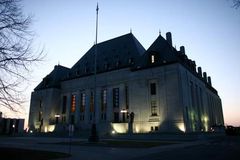 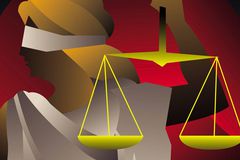 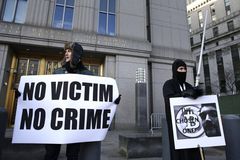