Conrad Black would receive an undisclosed share of $12.22-million under the terms of a tentative deal between him and the group of former Hollinger International Inc. directors, executives and advisers against whom he launched a $1-billion libel suit.

However, court documents say the payout is unrelated to his libel claims, which he still agreed to drop as part of a "global settlement" also designed to end a tangle of other litigation between Lord Black, his associates and the successor companies to his ruined Hollinger empire.

The settlement dates from December, long before the Supreme Court of Canada said this week that Lord Black's libel claims could be heard in Ontario.

The deal, detailed in court documents, must still be approved by courts in Ontario and Delaware. And now it faces a challenge from a group of retirees who worked for the company's Canadian newspapers and face a large pension shortfall.

Lawyers for the group of 3,500 retirees object to a provision in the settlement that would see $6.9-million – all that left's of a $10-million trust set up to cover former Hollinger directors' legal costs – returned to Hollinger International Inc.'s bankrupt successor company, Chicago Newspaper Liquidation Corp. (CNLC).

The retirees, who have seen health and other benefits slashed, are asking an Ontario Superior Court judge to return that money to CNLC's Canadian subsidiary, Hollinger Canadian Publishing Holdings Co., where it could be applied to their pension shortfall.

They allege in court documents that the terms of the trust dictate that if the money is no longer needed to cover legal claims, it should return to their former company, which is in bankruptcy protection.

Among the affected retirees is former Southam chief financial officer John Craig, who said in an interview that the money should go back to the pensioners: "It's mind-boggling. … It's just not fair."

Concerning the $12.22-million payment, it is not clear what share would go to Lord Black, who is due to be released from a Miami prison on May 5. The settlement, submitted in court documents, says Lord Black, his wife Barbara Amiel-Black, and former Hollinger executives or directors Peter Atkinson, John Boultbee, Daniel Colson and Mark Kipnis, are to distribute the payout among themselves.

The money comes from a $24.5-million settlement payout from Hollinger's insurers after a legal fight over the company's coverage. The other half of the money would go to creditors of CNLC and Hollinger Inc., the remains of what was once Lord Black's Toronto-based holding company.

If approved, the deal would put an end to the Ontario libel actions Lord Black launched in 2004 and 2005 against nine former Hollinger directors and advisers for the allegations they publicized that ultimately led to his 2007 trial and conviction for fraud and obstructing justice.

The defendants include former Securities and Exchange Commission head Richard Breeden and former U.S. secretary of state Henry Kissinger. Lawyers for Lord Black, the defendants in his libel action, and the companies involved either declined to comment or could not be reached.

The Supreme Court of Canada ruled on Wednesday that Lord Black was within his rights to launch his libel claims in Ontario, even though the allegedly defamatory statements were first published on a U.S. website.

Lord Black had demanded $1-billion in damages for the company's publication of a report that accused him of running a "corporate kleptocracy" in which "ethical corruption was a defining characteristic of the leadership team." 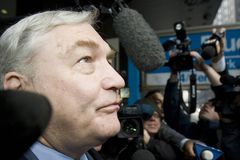 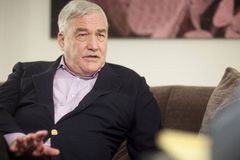 Conrad Black vilifies his enemies in new book
May 9, 2018 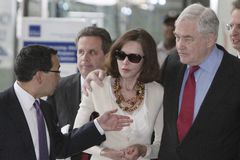 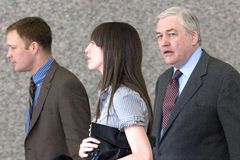