A battle over who should pay to clean up the toxins that leaked out of a factory in Southwestern Ontario – and into the groundwater underneath nearby homes – is raising concerns on Bay Street.

In a case that could have wide ramifications for Corporate Canada, 12 former board members of bankrupt helicopter-parts maker Northstar Aerospace Inc. and its Canadian unit are fighting an order from the Ontario Ministry of the Environment that would force them to personally pay for the estimated $15-million cleanup of the site in Cambridge, Ont.

The sweeping order against a group of former directors of a public company is a first, lawyers say, although the Ontario Ministry of the Environment has previously issued similar cleanup orders against either directors of small companies or sole owner-operators that had day-to-day responsibility for the pollution in question.

Some lawyers on Bay Street warn that allowing the move means that anyone sitting, even briefly, on the board of a manufacturer or a resource company could face unlimited liability for a pollution problem discovered years later. Board seats, critics warn, would become impossible to fill, potentially paralyzing public companies or forcing them to flee to other jurisdictions.

The Institute of Corporate Directors (ICD) is so alarmed by the potential precedent that it plans to intervene in the case, which may go before the province's Environmental Review Tribunal.

Stan Magidson, the Institute's president and chief executive officer, said that going after directors "regardless of their culpability" would "be extremely injurious" to Ontario's capital markets and its economy as a whole: "Companies would locate operations elsewhere. … It would be very difficult to find directors, if that was the regulatory regime."

In a submission to the Environmental Review Tribunal, Paul Guy, a lawyer with WeirFoulds LLP acting for the former directors, says his clients made sure the company paid for the remediation until it ran out of money: "The [former directors and officers] did everything they could, for as long as they could."

Kate Jordan, a spokeswoman for the Ministry of the Environment, said the order against the directors was necessary to ensure that air monitoring in more than 450 local homes could continue and more than 200 air-treatment systems at homes, businesses and a church, can keep operating.

The dispute comes as courts wrestle with the broader question of whether environmental cleanup orders should be paid first, before other creditors get at the remains of bankrupt companies. It's an impossible dilemma that pits the environment not just against a company's bankers and suppliers, but against pensioners who have seen their benefits slashed when their employer goes belly-up.

Environment Ministry officials had earlier tried to get their hands on the actual proceeds from the sale of Northstar's assets to pay for the cleanup. But the judge in the insolvency proceedings ruled against them, deeming them simply another creditor. Ministry officials have also tried unsuccessfully to extract $18-million from the bankruptcy of Nortel Networks Corp. to clean up four of that company's polluted former facilities.

Both of those cases go before the Ontario Court of Appeal next month. However, the Supreme Court of Canada ruled on a similar issue just last year, in the case of environmental orders issued by the province of Newfoundland and Labrador against AbitibiBowater Inc. The court said that, in most cases, regulators should have the same status as other creditors.

Toronto environmental lawyer Dianne Saxe, who acts for one of Northstar's directors and has written about the issue on her blog, said the company, after discovering the contamination and reporting it to the ministry in 2005, voluntarily spent almost $20-million on remediation measures before it ran out of money last year.

"Really, what they are saying is, officers and directors, whether you have done anything wrong or not, retroactively, you have given a blank cheque for whatever we decide to order to you to do," Ms. Saxe said.

The ministry's November, 2012, order, however, alleges the directors failed to ensure money was put aside to finish the remediation, and permitted the discharge of contaminants that could endanger "human health or safety." The directors deny the allegations.

Both sides are now awaiting a decision from the judge in the insolvency case, Justice Geoffrey Morawetz, on whether the fight should be heard in his courtroom or before the province's Environmental Review Tribunal.

Northstar Aerospace operated at the Cambridge site as far back as 1981, and used a chemical called trichloroethylene as a metal degreaser. Once widely used, it is now known to cause cancer.

In tests in 2005, however, it was found in nearby groundwater at levels many times higher than the ministry standard, evaporating through the soil and into the air inside nearby homes.

Public health officials told residents their drinking water was safe and that, in most cases, the risk of cancer from their exposure was "very low." But more than 200 homeowners have had to install "indoor air mitigation systems" to filter out the potentially harmful vapours. 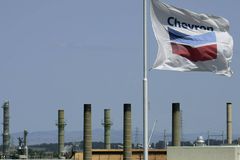 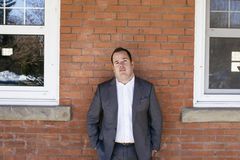 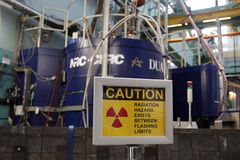 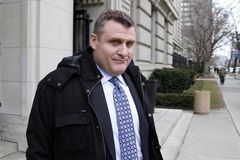 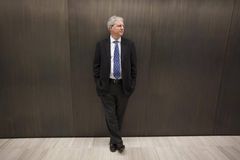 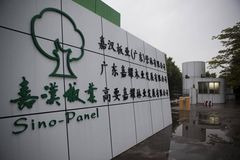