It looked like a perfect match – a star mining banker joins a hungry Bay Street shop looking to raise its game in the resource sector. It ended in a nasty split, with accusations of stolen clients, incompetence and defamation.

The saga finds mid-tier dealer Dundee Securities in a tangled court battle with veteran Bay Street mining banker Bob Sangha, who joined the firm in 2010. Dundee alleges Mr. Sangha and one of his associates later secretly set up a competing firm and solicited Dundee clients, including Osisko Mining, which was embroiled in a high-profile takeover battle this year, according to a lawsuit filed in the Ontario Superior Court of Justice.

Mr. Sangha denies the allegations and accuses Dundee representatives, including one executive, of making false and defamatory statements against Mr. Sangha and his investment bank Maxit Capital Inc., according to the countersuit.

Mr. Sangha was plucked from BMO Nesbitt Burns to serve as Dundee's managing director of mining banking. Hired to beef up business and raise the profile of Dundee's mining team, Mr. Sangha brought about two dozen of his mining clients.

Because of his experience, Mr. Sangha's employment contract said he would receive 60 per cent of the advisory net revenue for the first three years at Dundee and then 40 per cent the following years.

The relationship worked until 2012 when the firm lost its head of capital markets and started shifting the direction of the brokerage without consulting Mr. Sangha, according to his court filing. He then caught wind that Ned Goodman, the chief executive of parent company Dundee Corp. and a well-known mining financier, was in advanced discussions to bring other mining bankers to Dundee – a development Mr. Sangha perceived as a threat to his job.

Ned Goodman and Dundee's new head of capital markets were considering a new firm-wide compensation model, which Mr. Sangha insisted should be based on performance.

According to Mr. Sangha, his team generated about $60-million in net revenue for Dundee, of which $24-million was paid to Mr. Sangha's group. Mr. Sangha's lawsuit says Dundee "did not generate a single advisory assignment for Sangha," even though he was told that the firm's client relationships would provide more than a third of his advisory business.

At one point, late in 2012, Mr. Sangha met with Dundee's head of capital markets, head of investment banking and chief operating officer to present his performance-based compensation model. Mr. Sangha told the three men that if they did not use his new performance-based model that he would not accept a payout lower than 60 per cent on advisory net revenue given that Dundee had "failed to provide" him with a single advisory assignment.

To that, Dundee COO Bob Sellars told Mr. Sangha that he should consider starting his own firm since the 60 per cent split was higher than industry standards.

Mr. Sangha's relationship with Dundee deteriorated rapidly after that point, according to Mr. Sangha's filing. Dundee fired two senior managers that Mr. Sangha valued and then refused to heed his advice to get rid of the new head of capital markets. Mr. Sangha told Dundee Capital Markets chief executive Jonathan Goodman that Dundee was "going to continue to lose a lot of money unless drastic action was taken."

For its part, Dundee accuses Mr. Sangha and his associate Sandeep Singh of entering into "secret engagement agreements" with a number of Dundee's clients. Their agreements included a provision that would kill Dundee's contract with the client upon completion of the transaction or the date Mr. Sangha and/or Mr. Singh were no longer employed by Dundee, according to Dundee's lawsuit.

Dundee alleges that the men breached their employment contracts and fiduciary duties by diverting Dundee's business to Maxit and soliciting Dundee's clients and potential clients about doing business with their new firm instead of Dundee. Dundee said their clients included Osisko Mining and Chaparral Gold Corp., two mining companies that hired Mr. Sangha's firm when they became the target of hostile bids this year.

Mr. Sangha says that Jonathan Goodman breached their agreement when he told several Dundee employees that Mr. Sangha "did not know what he was doing and that his business would fail," and that Mr. Sangha had stolen Dundee clients, according to the Maxit statement of claim.

Mr. Sangha said his statement of claim speaks for itself. Dundee declined to comment. 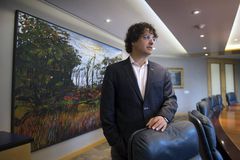 How David Goodman aims to get back to wealth management
Subscriber content
July 16, 2014 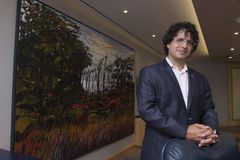 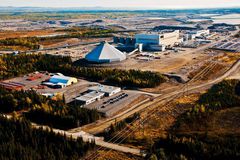