The head of U.S. drug giant Eli Lilly and Co. warns that recent Canadian court rulings favouring generic drug producers are driving his company, and the research and development jobs it provides, right out of the country.

John Lechleiter, chief executive officer of Indianapolis-based Lilly, said recent court rulings striking down Canadian patents on three of the company's top drugs have cost it more than $1-billion in revenue and forced it to shed about 280 jobs since 2006, leaving it with about 500 staff in Canada.

Lilly launched a challenge under the North American free-trade agreement last December, demanding $100-million in compensation after the Federal Court of Appeal tossed out its 1996 Canadian patent for the drug Strattera, used to treat attention-deficit hyperactivity disorder.

Lilly blames that court decision on what it calls a "promise doctrine," read into Canadian law by the Federal Court judges who hear challenges to drug patents launched by Canadian generic drug makers, such as Apotex Inc., that aim to produce cheaper versions of brand-name medicines.

Some patent law experts and the generics industry say Lilly is exaggerating the promise-doctrine issue. McGill University law professor Richard Gold says that taken as a whole, Canada's patent decisions are not out of line with those in other countries, although patent regimes vary. In the U.S., he said, patents can be thrown out on other grounds that would survive a challenge in Canada.

Dr. Lechleiter says it is unfair for Canadian judges to strike down drug patents for failing to include sufficient testing results in the original applications, filed years ago.

Judges are demanding much more proof that the proposed drugs will work than is required in most other developed countries, he says, violating various international treaties, including NAFTA.

But Prof. Gold said big drug companies have been aggressively pushing the envelope on early-stage patents, and governments cannot allow them to speculatively lock up long lists of substances with patents, as this could stifle innovation.

"When you are at such an early stage, the court is going to develop other rules to make sure you don't get away with claiming the world, based on very little evidence," Prof. Gold said.

Lilly has also lost patent cases over Evista, an osteoporosis drug, and Zyprexa, for schizophrenia. It has asked the Supreme Court of Canada to review the Zyprexa decision. (The court declined to hear a challenge of the Strattera decision.) About 15 drug patents held by other pharmaceutical companies have also been invalidated in the same way, Dr. Lechleiter said.

His comments come as Canada's pharmaceutical industry goes through significant restructuring – and steep job losses, particularly in the Montreal area.

Dr. Lechleiter, who said Lilly spent $50-million on research and development in Canada in 2011, blamed most of his firm's job cuts on Canada's courts. He said the rulings create "a real chill" for innovation at both big and small biotech companies in Canada. And if Canada demands companies wait until they have more conclusive results from human clinical trials, which are disclosed, before seeking patents, competitors could jump ahead of them, he said.

Jim Keon, the president of the Canadian Generic Pharmaceutical Association, said brand-name pharmaceutical companies such as Lilly enjoy stronger intellectual property protection here than in most other countries: "The reality is they didn't meet the requirements. ... To say that in any way that their [patent] protection in Canada is in any way inadequate, I just cannot accept." 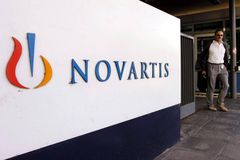 A pain relief regimen for AstraZeneca Subscriber content
May 11, 2018 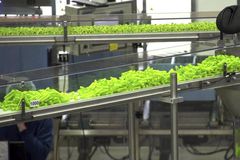 Follow Jeff Gray and Tavia Grant on Twitter @jeffreybgray @taviagrant
Report an error Editorial code of conduct
Due to technical reasons, we have temporarily removed commenting from our articles. We hope to have this fixed soon. Thank you for your patience. If you are looking to give feedback on our new site, please send it along to feedback@globeandmail.com. If you want to write a letter to the editor, please forward to letters@globeandmail.com.
Comments