It's a world where an e-mail that takes just six minutes to write costs more than $100, and where just the act of compiling one month's legal bill – not the bill itself – costs $40,000.

Welcome to the high-stakes, high-priced universe of cross-border bankruptcy litigation, where what remains of Nortel Networks Corp. is being slowly drained away by lawyers and consultants.

Nortel's bondholders, pensioners and other creditors have been engaged in an expensive fight over the $9-billion left over from the piecemeal sale of the company. So far, the defunct former telecommunications giant has been charged a total of $755-million worldwide in "professional fees," $630-million of it in Canada and the U.S., since it went into insolvency proceedings in both countries in 2009. (Read the full list of legal fees here: pdf.)

An attempt to stop this bleeding by brokering a global settlement, through mediation led by Ontario Chief Justice Warren Winkler, ended in failure on Thursday. The saga now goes back into possibly years of crossborder litigation, with no end to the billable hours in sight.

Meanwhile, the company's pensioners and disabled former employees have been left with sharply slashed benefits – an inequity that has some calling for changes to at least Canada's insolvency rules.

According to court documents, Nortel's main U.S. firm, Cleary Gottlieb Steen & Hamilton LLP, charged Nortel $1.25-million in legal fees and another $300,000 in expenses such as photocopying and meals in November, 2012. It also charged the company $40,000 to produce a 180-page document to submit to U.S. Bankruptcy Court in Delaware detailing all its charges and fees, declaring that it took 80 hours of staff time.

It was the 47th detailed fee application that Cleary Gottlieb has submitted to the court since Nortel went into insolvency proceedings. Over all, Cleary Gottlieb – an elite firm whose office boasts panoramic views near the top of a Manhattan skyscraper – has billed Nortel more than $217-million in legal fees since 2009.

A host of hundreds of other lawyers and consultants in the U.S., Canada and elsewhere, acting for bondholders, suppliers, pensioners and former employees, have also rung up hundreds of millions in fees, which get charged to the Nortel estate.

There is no question the massive, complex case requires top-flight legal talent. Other huge bankruptcies have run up hundreds of millions of dollars in costs. But some question the size of Nortel's bills. Diane Urquhart, a financial consultant working with a group of disabled former Nortel employees who has tallied up the professional fees, says the $755-million total is shocking. In Canada alone, professional fees charged to Nortel amount to $244-million, but court documents here do not provide the details filed in U.S. courts.

Two Canadian firms, Torys LLP, working for Nortel, and Fraser Milner Casgrain LLP, acting for the company's unsecured creditors, have also been submitting bills for hundreds of thousands of dollars to the U.S court. In November, Torys partner Tony DeMarinis, who charges $975 an hour, billed over $101,010 in November, more than half of his firm's total bill of $194,495.50.

That $755-million in professional fees would go a long way toward satisfying the demands of the defunct company's Canadian employees. Overall, they have $2.51-billion in claims. It would also cover, many times over, the $85-million that Canadian former employees on long-term disability have sought to recover to cover things such as drug costs.

And to put $755-million in more tangible terms, that cash would buy nearly 39,000 Honda Civics – or more than half the number that sell in all of Canada each year.

Richard McLaren, a law professor at the University of Western Ontario, said the size of Nortel's legal bills could prompt attempts to reform to Canada's insolvency regime, where courts now only rarely apply close scrutiny to professional fees charged in proceedings under the Companies' Creditors Arrangements Act (CCAA).

Lawyers in such proceedings are reluctant object to their opponents' fees, for fear they will return the favour. And in an insolvency, where everyone is drawing their revenue from the same pot, the usual controls exercised by a client trying to contain costs are absent.

"It's known in the legal profession as 'mining the file' – essentially overlawyering matters," Prof. McLaren said. "You can put three people on an e-mail or a particular aspect of the case, or often you might put one, but if somebody's not tightly managing cost controls, they will probably have three."

Paul Dewar, the New Democratic MP for Ottawa Centre, a riding where many former Nortel workers live, has backed his party's calls for changes to Canada's insolvency laws that would put pensioners ahead of other creditors. But he also says the government should bring in reforms as well to control legal costs, or give the Office of the Superintendent of Bankruptcy more powers to intervene.

"I was quite stunned when I heard the numbers. It is just more insult to injury," Mr. Dewar said.

Cleary Gottlieb declined requests for an interview. In in its court filing, it defends its legal bills, saying it spent the month of November dealing with the legal challenges posed by the company's pensioners and long-term disabled, and engaging in discussions with bondholders and Nortel's other entities in Canada and around the world.

It says it has "endeavoured to represent [Nortel] in the most expeditious and economical manner possible," by assigning tasks to either lawyers most familiar with the matter, or to "lowest hourly rate professional appropriate."

The firm says it has co-ordinated with other law firms and professionals on the case "to minimize any duplication of effort and to minimize attorneys' fees and expenses to [Nortel]. We believe we have been successful in this regard." 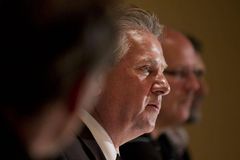 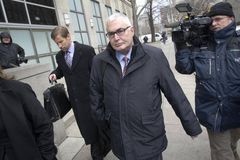 A tale of toxicity: The real culprit in Nortel’s collapse
January 15, 2013 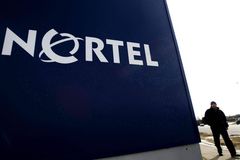 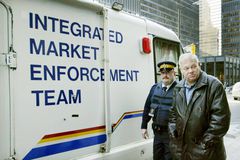 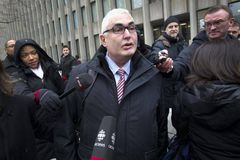