Can a company strip consumers of the right to launch a lawsuit against it just because they clicked "like" on its Facebook page?

The question came up after the New York Times reported that consumers who "liked" General Mills Inc., the maker of Cheerios cereal, were giving up their right to sue the U.S. food giant under new legal terms quietly posted to the company's website.

In an e-mail to The Globe and Mail, a General Mills spokesman denied that its new policies would apply to those merely clicking "like," saying the amended legal terms posted on its website had been "broadly mischaracterized."

Still, company spokesman Mike Siemienas acknowledged that its new policy would apply to anyone who subscribes to any of its publications or downloads a coupon to buy its iconic Cheerios cereal.

The fine print at the centre of the controversy – fine print that few people read – is known as a "mandatory arbitration clause," a provision in website terms and in consumer agreements that forbids customers from suing the company, or taking part in a class action, and instead forces them to take any dispute with the company to closed-door arbitration.

It is increasingly common boilerplate language that comes with the purchase of cellphones, cars, televisions and other products, as companies try to head off class-action lawsuits, particularly in the United States.

But lawyers in Canada say that consumers here have little to fear from moves like the one by General Mills, whether they "like" a company on Facebook or not. That's because after a rash of litigation over mandatory arbitration clauses that began about a decade ago, Ontario, Quebec and Alberta passed changes to consumer protection legislation that restricts such clauses or declares them invalid in many cases.

Even in provinces, such as British Columbia, where this kind of clause is still be valid, some lawyers say judges are reluctant to block class-action cases against companies accused of wrongdoing. In 2011, the Supreme Court of Canada narrowly allowed a proposed class-action in B.C. launched against Telus Inc. over cellphone fees to go ahead, despite the mandatory arbitration clauses.

Toronto lawyer Kent Thomson, head of the litigation department at Davies Ward Phillips & Vineberg LLP, said that in Canada, General Mills would run into trouble trying to enforce an arbitration clause based on the mere downloading of a Web coupon or other use of its website, as opposed to a signed contract with a consumer.

"The notion that you can bar people from proceeding with litigation in a transparent judicial system in this country on the basis of some self-serving disclaimer ... to me, borders on being absurd," said Mr. Thomson, who acted for Rogers Communications Inc. in an arbitration-clause case before Ontario changed its law.

General Mills's updated legal terms, posted on its website, which attempts to force consumers into agreeing to binding arbitration and waiving their rights to take part in a class action, appear quite broad: "In exchange for the benefits, discounts, content, features, services or other offerings that you receive or have access to by using our websites, joining our sites as a member, joining our online community, subscribing to our e-mail newsletters, downloading or printing a digital coupon, entering a sweepstakes or contest, redeeming a promotional offer, or otherwise participating in any other General Mills offering, you are agreeing to these terms."

Vancouver lawyer Arthur Grant of law firm Grant Kovacs Norell is acting for plaintiffs in the proposed class action against Telus over cellphone fees, which is still before the courts. He says this kind of fine print and its "inherent unfairness" is on the rise, and is increasingly common in banking, for example.

In much of the country, he warns, consumers are seeing their rights eroded. Arbitration can be too expensive for smaller claims, he says, and some U.S. companies even stipulate where the arbitration must take place – often in U.S. states thousands of kilometres away.

"You click on 'I accept the terms,' and you are off to the races," Mr. Grant said. 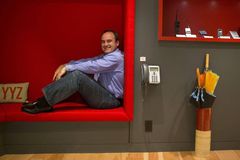