A Toronto lawyer at the centre of Canada's largest insider trading ring has been sentenced to 39 months in prison.

Stan Grmovsek was sentenced Thursday to jail by Mr. Justice Robert Bigelow of the Ontario Court of Justice. In a brief statement to the Toronto court, Mr. Gmovsek apologized for his role in a 14-year, cross border scheme that saw him and a law school friend pocketing $9-million (U.S.) in illegal trading profits.

Mr. Grmovsek said in a statement to the court that his covert trades were "the worst decisions of my life."

Mr. Grmovsek, a former business lawyer, and his law school friend Gil Cornblum, obtained lucrative secrets about pending takeover deals and other corporate events by initiating what they described as "spelunking" hunts through the offices and files of Toronto and New York law firms that employed Mr. Cornblum. Over the course of his career Mr. Cornblum worked at a number of prominent New York and Toronto law firms including Sullivan & Cromwell and Dorsey & Whitney LLP.

Days before the two men were set to plead guilty to insider trading charges in October, Mr. Cornblum committed suicide. His family said the lawyer had struggled with depression for years.

Mr. Grmovsek also faces U.S. insider trading charges and a New York court has indicated that it will likely accept the terms of his Canadian sentence. A sentencing hearing in New York has been set for next week

Hunting the source of the inside stock tip
November 10, 2009 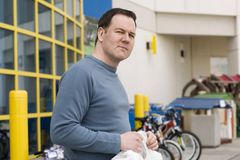 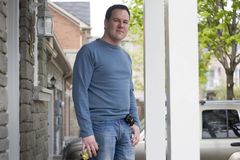 Follow Jacquie McNish on Twitter @jacquiemcnish
Report an error Editorial code of conduct
Due to technical reasons, we have temporarily removed commenting from our articles. We hope to have this fixed soon. Thank you for your patience. If you are looking to give feedback on our new site, please send it along to feedback@globeandmail.com. If you want to write a letter to the editor, please forward to letters@globeandmail.com.
Comments are closed