Former NHL star Lanny McDonald knows that he is in for a glove-dropping fight – and his team is the underdog.

Mr. McDonald and his trademark mustache have long since retired from the hockey rink, where he won a Stanley Cup with the Calgary Flames in 1989.

But now, he is lacing up to lead a shareholder battle on behalf of himself and hundreds of other investors who together lost millions in a company called Birch Mountain Resources Ltd.

They allege their company's key asset, a limestone quarry they say was worth an estimated $1.6-billion, ended up in the hands of a subsidiary of one of Canada's corporate giants, Brookfield Asset Management Inc., for less than $50-million back in 2008. Shareholders received nothing.

In their recently revived proposed class-action lawsuit, the investors allege Brookfield used "oppressive" and "misleading" tactics to force the company into receivership and grab the quarry, which is located in the heart of Alberta's oil sands. None of the allegations have been proven in court, and the lawsuit needs to be certified by a judge before it can proceed as a class action on behalf of investors.

"This is about fairness," said Mr. McDonald, who was an independent board member of the now-defunct company. "This is about playing by the rules."

He is now the main plaintiff for the lawsuit, which was thrown out of Ontario's courts on jurisdictional grounds in 2011 and has just been filed again in Alberta.

"The case has absolutely no merit," Mr. Willis said. "... We look forward to defending it in court."

Back in 2002, Birch Mountain's founders discovered a potentially profitable limestone deposit in the middle of Alberta's oil sands, where the rock can be used in roads and for filtering emissions and water. Mr. McDonald got involved after coaching hockey with the chief executive officer. As the project grew over the next several years, the company sought financing from Tricap Partners Ltd., a subsidiary of Brookfield now called Brookfield Special Situations Partners Ltd.

But in 2008, Birch Mountain ran into financial problems as oil sands development slowed. According to the statement of claim filed in court, Birch Mountain violated some of the financial terms of its deal with Tricap, its senior lender with a $31.5-million debenture that could be converted into shares.

According to other court documents, efforts to sell the quarry to cover the company's debts had failed. In November, Tricap pushed Birch Mountain into what the statement of claim alleges was a "contrived receivership," despite what shareholders say were improving financial results. The quarry ended up transferred to a numbered company owned by Brookfield and now called Hammerstone Corp.

According to the statement of claim, the investors allege that Brookfield engaged in "negligent misrepresentation," as Tricap sold itself as an investor that would provide "long term patient capital" and help companies "experiencing financial difficulty" such as Birch Mountain.

Instead, the claim alleges, Brookfield manipulated Birch Mountain's stock through "death spiral stock trading," driving it down to just a penny. However, the lawsuit provides no evidence that Brookfield was actually behind the trading.

Using debentures and "death spiral stock trading" to obtain control of a distressed company instead of mounting a takeover bid is a common technique, said Wanda Bond, a self-described shareholder activist who along with her Florida-based partner James Currie has been working on the case with a group of fellow Birch Mountain investors.

"This is a back door-practice, under the guise of being a white knight," said Ms. Bond, who was herself the case's named plaintiff when it was originally filed in Ontario. "And there's nobody stopping this sort of thing."

Mr. McDonald, who played for the Toronto Maple Leafs and the Colorado Rockies before signing with the Flames, is under no illusion that challenging Brookfield in this case will be easy. But he says some of his experiences along the boards of the National Hockey League have given him the strength to persevere against lopsided odds.

"When you played for the Colorado Rockies and you are mathematically eliminated from the playoffs at the end of October, it's a little tough to get up for the rest of the year, but you find a way to do that," he said. "Just like it's your responsibility to find a way to stand up in this case and … fight for the little guy." 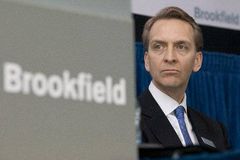