Chevron Corp. is trying to convince Canada's courts to impose "novel and unnecessary" barriers to block a group of Amazon villagers seeking to enforce a controversial $9.5-billion (U.S.) Ecuadorean environmental judgment against the U.S. oil giant, a coalition of Canadian human-rights groups alleges.

The battle over the cleanup bill for oil pollution left in Ecuador's Lago Agrio region has dogged the company for 13 years. Chevron refuses to pay the amount demanded in the 2011 judgment and condemns it as the product of fraud, bribery and faked evidence.

The tangled fight came to Canada two years ago when the plaintiffs sought to have Ontario's courts recognize the Ecuadorean judgment and seize Chevron's Canadian assets, including the company's stake in Alberta's oil sands.

Now, the jurisdictional question of whether Canada's courts should hear the case is due before the Supreme Court of Canada in December, after Chevron challenged an Ontario Court of Appeal ruling ordering it to go ahead.

In written arguments submitted to the top court on Friday, a group of intervenors – the International Human Rights Program at the University of Toronto's faculty of law, MiningWatch Canada and the Canadian Centre for International Justice – says Chevron should not be allowed to knock the case out of court before it is heard on its merits.

"The jurisdictional requirements proposed by [Chevron] are novel and unnecessary and are tantamount to asking this court to raise additional barriers for those attempting to enforce judgments obtained against transnational corporations for environmental or human rights harms," the groups say.

Chevron argues that Canada's courts have no business wading into the dispute, since Chevron's Canadian subsidiary had nothing to do with the battle in Ecuador. Chevron's arguments rely on the legal principle known as the "corporate veil," or the legal separateness between a parent company and its subsidiaries. Courts can decide to "pierce the corporate veil" and hold a parent company liable for a subsidiary's actions, but only in certain circumstances.

The Canadian human-rights groups intervening in the case argue that this concept, which dates back to an 1897 decision from English courts, is outdated in a 21st century dominated by massive global corporations.

"The rigid application of common law principles regarding the strict separation of parent corporations from their wholly owned and controlled subsidiaries has been repeatedly cited as an unjustified and unjustifiable barrier to justice and remedy that is outmoded in our current globalized world," the groups' submission reads.

Renu Mandhane, the director of the U of T law school's International Human Rights Program, said the case raises important issues for other similar court battles over corporate behaviour around the world.

"I think more and more the courts are going to have to grapple with this transnational world, where citizens and corporations are working and travelling all over the place, and how is Canada going to deal with that when things go badly," she said in an interview.

The intervenor arguments were filed last week, after the Canadian Bar Association abandoned a controversial plan to file arguments as an intervenor on Chevron's behalf, reversing course after pressure and resignations from aboriginal and environmental lawyers.

The move by the Ecuadorean plaintiffs to file an action in Canada was part of a strategy to pursue Chevron's assets around the world that includes similar actions in Brazil and Argentina.

Chevron has fought back hard against the 2011 Ecuadorean ruling, launching a U.S. action against the Ecuadoreans' U.S. lawyer, Steven Donziger, that resulted in a U.S. federal judge declaring the ruling a product of fraud. Mr. Donziger has appealed. 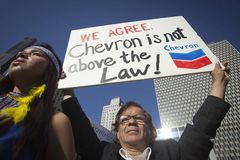 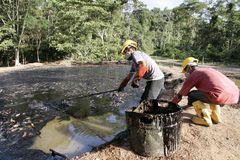 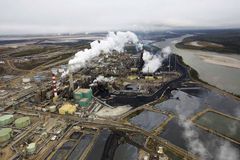 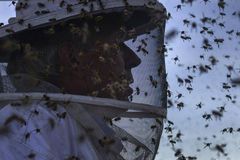