To most Canadians, Cheetos are a cheesy junk food snack.

But for three years, Cheetos were cardboard in the eyes of Canadian customs officials, spawning a decade-long saga that highlights the often-senseless bureaucracy gumming up the Canada-U.S. border.

In a decision this week, the Canadian International Trade Tribunal bluntly faulted the Canada Border Services Agency of taking Cheetos maker Frito-Lay Canada Inc. on a long "administrative ride" over an innocent clerical mistake that should have been cleared up years ago.

"It was Kafkaesque, and it lasted for years," explained Peter Kirby, a Montreal trade lawyer who represented Frito-Lay in the case. "You're guilty, but of what? What are you accused of? It kept shifting."

The tribunal says the Canadian government must now refund Frito-Lay hundreds of thousands of dollars in duties that should never have been collected.

The saga may not be over yet. The federal agency has 90 days to challenge the decision before the Federal Court of Appeal, a move that could drag the case out even further, and delay any refund.

The story begins in 2003 when Frito-Lay, owned by U.S. food giant PepsiCo Inc., mislabelled several shipments of U.S.-made Cheetos destined for Canadian mouths as cardboard boxes, rather than "crisp savoury snacks." In essence, the company identified the product's shipping container in customs filings instead of what was inside – the Cheetos.

The mistake continued until 2006. During those years, dozens of shipments of bulk Cheetos entered Canada masquerading as duty-free cardboard when they should have been labelled corn snacks, which are also allowed into Canada tariff-free under the North American free-trade agreement.

The company uncovered its own mistake in 2007 and immediately applied to make the classification change retroactively, assuming that all would be forgiven. There were, after all, no duties owing either way – for cardboard or corn snacks. The reclassification was clearly "revenue neutral," as the CITT points out in its 19-page decision.

But the CBSA had other ideas. In 2007, it rejected Frito-Lay's bid to fix the mistake, arguing that the one-year lag time for claiming NAFTA's duty-free benefits had long passed. So it hit Frito Lay with an 11-per-cent tariff – the rate that would apply to snacks made in non-NAFTA countries. And for five years the agency has steadfastly rebuffed the company's request for a refund.

That didn't sit well with the quasi-judicial tribunal, which argued that Frito-Lay should have been allowed to make "straightforward corrections to everyday mistakes." The CBSA "should have acknowledged these corrections for what they were. . . That should have been the end of the matter," according to the ruling.

Nearly a decade after the first problem Cheetos rumbled across the border in a truck, Mr. Kirby is still scratching his head. In spite of highly public commitments by Prime Minister Stephen Harper and U.S. President Barack Obama to speed the flow of goods across the border, many companies are facing a very different reality on the ground, he said.

"There may be political will to ease the administrative burden of trading across the border, but sometimes that message doesn't filter down to the agencies charged with overseeing the movement of goods," Mr. Kirby of law firm Fasken Martineau DuMoulin LLP said in an interview.

"Perhaps politicians should be making a greater effort to get people focused on easing the flow of goods."

Even now, Mr. Kirby is at a loss to explain why Canadian border officials chose to play hardball with Frito Lay for so long. He doesn't know if it was a money grab or merely an effort by the CBSA to flex its administrative muscles against a powerful U.S. multinational.

PepsiCo Canada spokeswoman Sheri Morgan said the company is "pleased" with the ruling, but declined further comment. CBSA officials were not immediately available. 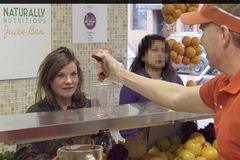