A lawyer prosecuted for courtroom rudeness by the law society and a lawyer who has mocked the legal profession for what he sees as its timidity have been elected benchers of the Law Society of Upper Canada, the governing body of the province's lawyers.

Joe Groia, 60, was found guilty by the Law Society of Upper Canada of "incivility" during his successful defence of geologist John Felderhof on insider trading and other charges in the Bre-X scandal of the 1990s. Mr. Groia was charged in 2009, and has since been convicted and lost three appeals. He is now asking the Ontario Court of Appeal if it will hear an appeal of his conviction.

"I'm in a bit of shock, I think," Mr. Groia, who specializes in securities law, said in an interview Friday. "I'm not sure voting for me was the easiest choice for 3,466 people to make." He said he would not go so far as to call his election a vindication, but pointed out that he had received more votes than benchers who had sat on the law society panels that judged him.

"I saw my campaign as an opportunity for lawyers to express their views about my case and the values I was fighting for." During the Felderhof trial he accused Ontario Securities Commission prosecutors of misconduct, and used what one judge called "unrestrained invective." He is among 17 new benchers chosen for the 40-member governing body.

Rocco Galati, a tax and human-rights lawyer who challenged Prime Minister Stephen Harper's appointment of Marc Nadon to the Supreme Court, and won a landmark victory last spring when the court rejected Justice Nadon as ineligible, was also elected a bencher. He once said that lawyers are more interested in protecting their inflated reputations than the interests of justice. "I think lawyers want a change with the petrified status quo on the issues I had set out in my platform," Mr. Galati said by email.

"Look, there are about 300,000 lawyers in Canada," he told The Globe last year when explaining why he and another lawyer, and no one else, challenged the Nadon appointment. "I think 299,995 think they're all going to the Supreme Court and they don't want to blow their chances. They're worried about their reputation."

Trevor Farrow, an associate law dean at York University's Osgoode Hall Law School, said the election shows lawyers are looking to diversify the views on the governing board, by "pushing itself to look at different takes on the law, on how lawyers do law and different takes on regulation."

"The election of Groia and Galati, two particularly high-profile names at the moment for different reasons, underscores the willingness of the bar to elect people who have strong and sometimes quite controversial and challenging views. To the extent the bar is willing to challenge itself and institutions, I think that's a very good thing."

Ontario lawyers elect 40 benchers every four years – 20 from inside Toronto and 20 from outside Toronto – to sit on the Law Society's governing board, referred to as Convocation. The benchers are elected to four year terms. Voter turnout was 34 per cent, down from 37 per cent in the last election. A total of 16,040 lawyers voted. There are also five elected paralegal benchers, eight lay benchers appointed by the province, plus ex-officio members. The benchers will elect a treasurer in June. 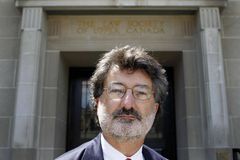 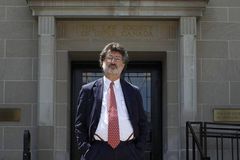 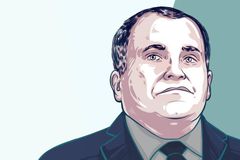