The latest push by U.S. authorities to penalize banks for misconduct during the financial crisis is at once the start of a new crackdown and a stark reminder that those enforcement efforts remain limited.

New York's Attorney-General slapped civil fraud charges against JPMorgan Chase & Co. late Monday over the sale of mortgage-backed bonds that allegedly led to enormous losses for investors. The bonds were sold by Bear Stearns & Co., the Wall Street firm that nearly failed in early 2008 before it was sold to JPMorgan. The bank says it will contest the allegations.

The case is the first to be generated by a joint federal-state working group with a mandate to uncover fraud in an area that was a bonanza for banks before to the crisis: bundling home mortgages into securities that could be sliced up and sold to investors.

The suit against JPMorgan is a "workable template for future actions," New York Attorney-General Eric Schneiderman said in a statement on Tuesday. "We need real accountability for the illegal and deceptive conduct in the creation of the housing bubble."

But experts and lawyers say the case does not break new ground in prosecuting those responsible for the financial crisis. Cases such as the one filed against JPMorgan could become a financial headache for banks and their shareholders. But they do not target individuals, nor do they cross the threshold into criminal prosecution.

"It's better than nothing. It sends a message of sorts," said Solomon Wisenberg, a former federal prosecutor who is a defence attorney for white-collar cases at Barnes & Thornburg LLP in Washington, D.C. "But the only thing that works as a deterrent … is if individual perpetrators of massive corporate fraud pay a personal price."

Four years after the worst banking meltdown since the Great Depression, no criminal charges have been filed against any top-level executive at a major bank. After the U.S. savings-and-loan banking crisis in the 1980s, there were a flurry of criminal prosecutions and 800 bank executives went to jail.

In the wake of the 2008 crisis, only a handful of bankers have faced criminal charges for fraud. The most senior Wall Street executive to face criminal prosecution is a former banker at Credit Suisse who once ran its global trading of structured credit. He was arrested last week by U.K. authorities and is awaiting extradition to the United States.

Experts say various factors have contributed to the paucity of such prosecutions, from the inherent difficulty of cases to a lack of resources for regulators. But there was also a reported reluctance by government officials to go after banks and their executives after the financial system's near-death experience.

Almost all of the biggest cases alleging fraud connected to the financial crisis have ended in civil settlements, including several that put hundreds of millions of dollars in federal coffers.

In the case filed Monday against JPMorgan, U.S. authorities are seeking unspecified damages from the bank. The suit alleges that investors suffered $22.5-billion (U.S.) in losses related to $87-billion worth of mortgage-backed securities sold by Bear Stearns in 2006 and 2007.

The suit claims that bankers at Bear Stearns, scrambling to generate sales, stuffed the securities with poor-quality mortgages they knew were likely to default. In an internal e-mail cited in the complaint, a banker describes one such investment as a "sack of shit."

Some critics question the suit's timing – a month before the U.S. elections – and its unwillingness to target specific executives. "The failure to go after any of the individuals is quite curious," said William Black, a law professor at the University of Missouri, Kansas City, and a former regulator. According to the logic of the lawsuit, the people involved "are immensely culpable with immensely deep pockets." 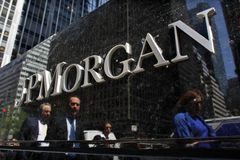 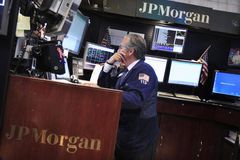