The body that oversees Ontario's legal profession has put off voting until next month on a contentious proposal meant to address what many call an "articling crisis."

A growing provincewide shortage of articling positions each year has left hundreds of young graduates unable to earn their licences to practise law. But critics claim the proposed solution would create a new problem: a group of "second-class" lawyers in the province.

The proposal, floated last week by a task force struck by the Law Society of Upper Canada, calls for the addition of a parallel system of practical courses and on-the-job training for lawyers that would include course work and a 14-week co-op work placement, likely unpaid.

The proposed new stream, which would start as a pilot project in 2014, would be open to those who either choose not to article or fail to secure a 10-month articling position with an established lawyer, law firm or government department. But graduates of both streams would then be assessed on the same standards before earning their licenses to practise.

Critics, including many prominent members of the profession, argue the proposal would create an unfair "two-tier" system, and they question the new system's cost. A group of dissenting prominent lawyers on the law society's task force have instead called for abolishing the articling requirement and establishing instead a universal two- to three-month training course. (Articling is not required in the United States.)

The elected and appointed "benchers" of the Law Society's governing body, known as Convocation, were set to debate the controversial plan on Thursday. But many benchers immediately called for a delay so that members of the profession could further debate the proposals. Convocation voted to defer the matter until its next meeting on Nov. 22.

About 15 per cent, or around 300, law students seeking to article in Ontario now fail to find posts each year, positions they need to become licensed lawyers. The lack of positions leaves them fighting for posts with the next year's cohort, compounding the problem.

The increased demand is due to a number of factors. Some law schools have increased their enrollment, and the province has seen a large increase in foreign-trained lawyers seeking to article in Ontario .

(Ontario has also just approved the opening of a new law school at Lakehead University in Thunder Bay, Ont., which is scheduled to open in September, 2013.)

Despite the deferral, benchers from the Law Society's task force addressed Convocation with arguments for and against the proposal on Thursday.

Bencher Malcolm Mercer of McCarthy Tétrault LLP said many foreign-trained lawyers -- about half of whom are Canadian-born but studied in the U.S., Britain or Australia -- are now returning to Ontario as job prospects for lawyers dim elsewhere.

Foreign-born lawyers from countries including India, Pakistan and Nigeria, have also increasingly sought to article in Ontario and have had the same problems finding posts, Mr. Mercer said, speaking in favour of the task force's proposal to add a parallel system.

Jacqueline Horvat, a bencher who sat on the task force and a lawyer at Sutts Strosberg LLP, said the proposal would create a group of lawyers with "second-class status."

She said law firms will immediately look twice at candidates who failed to article and instead pursued the parallel system: "The first question every one of us will ask when looking to hire a new lawyer, will be 'Where did you article?'"

The end of forced articling for lawyers on the table
October 22, 2012 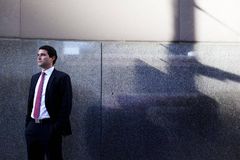 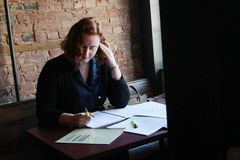 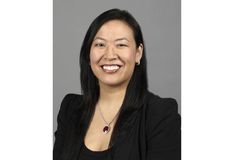