Fern Delarosbil, a project management consultant from Sault Ste. Marie, Ont., says it was in 2003 when his financial adviser first recommended an unconventional program to lower his tax bill.

The complex plan, marketed to independent financial advisers by Burlington, Ont.-based Parklane Financial Group Ltd., was to work like this: For every $2,500 Mr. Delarosbil gave to a designated charity, he would get a receipt for $10,000.

Over six years, he says he put in $75,000, receiving about four times that in donation receipts. While the tax-shelter scheme may sound "ridiculous," as one lawyer described it in court this week, tens of thousands of Canadians have participated in similar programs over the past decade, on the advice of financial advisers.

But the Canada Revenue Agency has been cracking down on such schemes, deeming many to be shams. It said last year that it had reassessed the taxes of more than 130,000 donors, disqualifying more than $4.5-billion in donations.

Today, Mr. Delarosbil's $75,000 in donations are gone, and the CRA says he owes $180,000 in back taxes and interest, after the agency calculated the tax he avoided paying.

"It would've been better to go to the casino," said Mr. Delarosbil, now 50, standing outside a Toronto courtroom this week. "My odds would have been better."

Inside the courtroom, an Ontario Superior Court judge was hearing arguments about a potential class-action lawsuit that accuses the plan's promoters of fraud. None of the allegations in the lawsuit have been tested in court. The representative plaintiff in the case is a Toronto police officer, Michael Cannon, who donated $23,100 and has had his taxes reassessed.

It's the latest in a wave of similar lawsuits against tax-scheme promoters that also target the legal advisers and their big-name law firms – including Fraser Milner Casgrain LLP and Cassels Brock LLP – that allegedly gave schemes their legal blessings.

The tax lawyer targeted in the case in court this week is Edwin Harris of Truro, N.S., of the large Atlantic Canadian firm McInnes Cooper. Mr. Harris used to teach at Dalhousie Law School and is a well-respected veteran of the Tax Court, according to the bio on his firm's website. He sits on the Judicial Appointments Committee for the Tax Court of Canada and is chairman of Dalhousie's planned-giving advisory board.

His picture, his credentials and what the plaintiff's lawyers call a "comfort letter" were all included in the sales material used to pitch clients on the donation tax-shelter scheme, Sam Marr, a lawyer for the plaintiffs' side with Toronto firm Landy Marr Kats LLP, told the court. The lawsuit accuses Mr. Harris of "negligent misrepresentation." Unlike the promoters of the scheme, he is not accused of fraud in the lawsuit.

Mr. Harris, who sat in the gallery taking notes, declined comment outside the courtroom, as did his lawyers, who will address the judge on Wednesday.

Mr. Marr told Mr. Justice George Strathy that Mr. Harris had a role in editing the tax shelter's documents, in addition to being "front and centre as part of the marketing."

According to court documents, Mr. Marr has submitted an "expert opinion" affidavit by veteran Ottawa tax lawyer Vern Krishna of Borden Ladner Gervais LLP, accusing Mr. Harris of breaching "the standard of care of a senior tax lawyer" for his legal opinion on the scheme and for allowing "comfort letters" from him to be included with its promotional materials.

This week's hearing is to decide whether the lawsuit against Parklane and a list of other defendants should be certified as a class action. The defendants are seeking a summary judgment to have the case thrown out.

Mr. Marr said the defendants in the complex case – which involves "mountains of paper" – were stalling. "The defence are doing everything in their power to avoid a trial," Mr. Marr said in court. "They fear a trial on the merits."

The reason for that fear, he told the judge, is simple: "Because it's a ridiculous scheme. It had no chance of sneaking by the CRA."

According to court documents, donors in the highest tax bracket were told they could receive an 86-per-cent return in the form of tax breaks. But they were not told that their money, the plaintiff's statement of claim alleges, would enter into a convoluted "circle of funds" that resulted in very little going to actual charities.

Every $2,500 donation was augmented by $7,500 in "sub-trust units" that came from the Bermuda Longtail Trust, an offshore family trust belonging to Edward Furtak, a Canadian citizen living in Bermuda, alleged in court documents to be the "mastermind" of the scheme. The sub-trust units and cash were then in most cases transferred to an organization called the Funds For Canada Foundation, a charity set up by the promoters.

The CRA said in a statement in August, 2009, that it had revoked the foundation's charitable status. The agency said audits had revealed that the organization had issued nearly $176.5-million in receipts, but less than 1 per cent of that went to charity.

Most of the money, the plaintiff's lawyers allege in their statement of claim, went back to Bermuda, earning Parklane and the Bermuda Longtail Trust a profit.

While these details did not appear in the sales materials, lawyer John Brown of McCarthy Tétrault LLP, acting for Parklane, told the court on Tuesday that the independent financial advisers who sold the scheme to their clients were told where the money was going.

Mr. Brown also said in court that every donor was told to seek independent financial and legal advice. All of the donors signed a "tax risk disclosure document," saying they had been clearly warned that the scheme might not work and that they could face a reassessment by the CRA, he said.

Asked by Judge Strathy about a clause that suggested to donors that the "worst-case scenario" would be the loss of the tax credit for their initial donation, Mr. Brown responded that this was based on Mr. Harris's advice, but was not written in stone.

Outside court, Mr. Delarosbil – who flew in to Toronto to watch the court proceedings – said he thought the paperwork he was signing to get his tax break was merely "boilerplate."

He said he and other participants were relying on the word of their financial advisers, whom they trusted: "It's not like we were buying this from a stranger at the doorstep."

How entrepreneurs can reduce tax bill for heirs
August 17, 2011 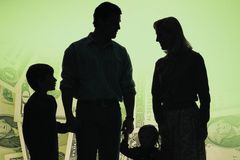 How a trust can lighten the burden of raising a family
June 29, 2011 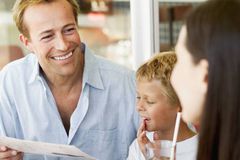 A closer look at the fine print on family trusts
July 6, 2011 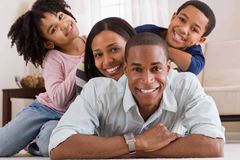 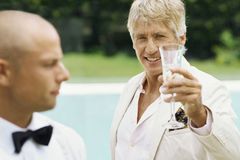