With their exposed brick walls and spartan furniture, the downtown Toronto offices of Conduit Law look like a tech startup, not a law firm.

That's just the way founder and president Peter Carayiannis likes it. No expensive modern art, no sky-high views of the lakefront. Just 1,000 square feet, and a handful of lawyers, working at a fraction of the cost that other firms charge.

"Sometimes I like to say it's like we put a lawyer through a wind tunnel," Mr. Carayiannis says. "And whatever falls off in the wind tunnel, we've determined is just not necessary."

Conduit Law is one of a handful of new law firms that some soothsayers say could remake the legal business, where clients are increasingly eager to contain spiralling costs. Conduit, and another larger Toronto-based firm, Cognition LLP, have lower overheads than traditional law firms and offer cheaper rates as well as, they say, more innovative ways of doing business.

Mr. Carayiannis, 44, spent his early legal career at Gowling Lafleur Henderson LLP, leaving in 2004 before being made partner to strike out on his own. He says Conduit, which he launched in 2012, now counts a dozen lawyers on its roster. He also says it now has about two dozen clients, including major companies such as Cisco Systems Inc.

He acknowledges that the firm does not aim for the uppermost tier of work, such as massive mergers or "bet the company" litigation, that are generally done by the elite firms on Bay Street. Instead, Conduit shoots for middle-tier work, such as business contracts, employment matters and intellectual property law. He says, on average, he charges half as much as traditional law firms do.

The idea is to handle recurring legal issues, such as business contracts, because this allows the firm to find ways to do this "commodity" work more efficiently. The firm "embeds" lawyers as part-time in-house counsel with its clients, which helps them learn their client's business from the inside. His lawyers, drawn by the flexibility Conduit offers, work from home, or come in to share desk space under the exposed duct work at Conduit's offices.

The mission is to deliver legal services to clients who do not need the bells and whistles of a traditional Bay Street law firm, where rates can run up to $1,000 an hour.

The firm also essentially bans the legal industry's traditional billable hour, preferring instead to charge fixed fees. Mr. Carayiannis agrees with the chorus of critics who say charging by the hour is an obvious incentive for lawyers to rack up time. Just five per cent of his firm's bills are tallied up by the hour, he said, usually in situations where the client insists on that approach.

Conduit's offerings are being driven by the changing demands of corporate clients, many of whom have taken a much closer look at their legal bills since the 2008 economic crisis.

As Conduit and others like it move into Canada's legal market, some of the country's "legacy firms" are already feeling pinched, particularly those in the middle tier. Some elite Bay Street firms have been swooping down with discounted rates to steal those firms' mid-sized clients. These pressures were partly blamed for the sudden disintegration of Heenan Blaikie LLP earlier this year.

Some medium-sized firms, Mr. Carayiannis said, are now resorting to "suicide pricing," taking on matters at a loss just to keep clients. He predicts that demands for lower fees will remain even if the economy improves.

Facing similar challenges, big firms in Britain have made more dramatic moves. The challenge there comes from Axiom Law, a much larger New York-based legal services firm that has made waves worldwide and that Mr. Carayiannis cites as a model for Conduit. Some big British players have recently launched their own "fighting brands" – low-cost law firms or outsourcing providers – to compete on the same ground.

But legal recruiter and industry watcher Adam Lepofsky, founder of Toronto-based Rainmaker Group, isn't so sure that firms such as Conduit will end up transforming Canada's legal industry. New concepts have come and gone, he said, and boutique firms or lower-cost firms are nothing new. While Conduit and others like it will find a place, he argues, big companies are always going to seek out established, brand-name firms.

"If you are a creative, intelligent thinker and you come up with a concept that you can sell, then you can be successful," Mr. Lepofsky said. "Does that equate to a national crisis, or law firms forever changing the way they do business? No." 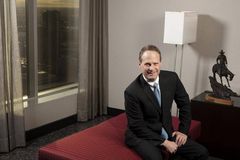 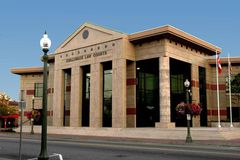 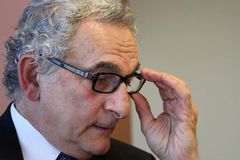