As the legal profession grapples with changes driven by new technology and global competition, a new report from the Canadian Bar Association calls for radical revisions to the rules that govern lawyers, including scrapping the current regime that prohibits most non-lawyer ownership of law firms.

Such a move would require the country's provincial law societies to agree and would also require legislative changes. But if implemented, investors could one day buy shares in this country's law firms, as is the case in Australia, where similar reforms have resulted in at least one large law firm listing on the stock exchange.

The concept, outlined in the bar association's newly released Futures: Transforming the Delivery of Legal Services in Canada report, is meant to make it easier for law firms to raise capital. Ideally, they would use it to develop new business models such as legal advice kiosks in grocery stores or do-it-yourself legal websites – models that proponents say would make legal services more affordable.

"What lawyers do is as crucial as ever, but how we do it needs to be updated and quickly," Fred Headon, the bar association's president and chairman of the committee that produced the report, said in a conference call with reporters.

Mr. Headon, who is also an assistant general counsel at Air Canada, argues that the ownership changes would spur innovation. As an example of the kind of service law firms could offer if they had better access to capital, he cited TurboTax, Web-based software that allows people to more easily do their own taxes instead of hiring an accountant.

However, the reforms, which were also recently enacted in England and Wales, come with ethical concerns. Some fear lawyers could see their loyalty to clients come into conflict with the profit motive or other interests of their shareholders.

The bar association report calls for new regulations that it argues would address these issues, such as granting the provincial law societies that now regulate individual lawyers the power to govern entire law firms and other legal entities as well.

Those who have been calling for reform welcomed the proposals. Jordan Furlong, an Ottawa-based lawyer and legal industry consultant with Edge International, calls the report a "watershed" that could influence similar moves toward change in the United States, where the American Bar Association has also struck a task force on future changes.

"We really up to this point haven't had the debate [over non-lawyer ownership] in Canada ... Now it's real," Mr. Furlong said.

Peter Carayiannis, founder and president of Toronto-based Conduit Law, a startup business law firm that offers lower rates than mainstream Bay Street firms, said he believes the reforms would allow a wide variety of new law firm structures to proliferate. And he said he would be open to one day listing his firm on a stock exchange.

"Conduit would welcome this and look to find opportunities to embrace it," he said. "The sky has not fallen in Australia, where Slater & Gordon has listed on the stock exchange."

The report of the bar association's Futures Initiative, which is made up of prominent lawyers and law professors and counts British legal futurist Richard Susskind, author of The End of Lawyers?, as a special adviser, is the result of two years of work and consultations and was made public on Thursday.

Citing the surprising collapse of law firm Heenan Blaikie LLP earlier this year without mentioning the firm's name, the report outlines a number of problems with the partnership structure that currently dominates the legal business.

"The recent decline and demise of long-standing Canadian legal partnerships suggests that more research may be required on if and how the partnership model can be viable in the future," the report reads.

The report says partnerships result in a lack of investment in innovation, since they tend to distribute profits to partners instead of retaining them for research, and a lack of "non-lawyer business professionals in management."

The idea of opening up the ownership of law firms is already on the agenda elsewhere, besides Australia, England and Wales. Quebec already allows professional corporations practising law to be partly owned by non-lawyers, provided lawyers hold a majority stake.

And earlier this year, the Law Society of Upper Canada approved a plan to consult more widely on proposals that would allow non-lawyers to own law firms. Other provincial law societies have also explored the idea. In the United States, where the idea has been the subject of debate in the profession, only the District of Columbia allows a limited form of non-lawyer ownership of law firms.

The wide-ranging Canadian Bar Association report makes a variety of other recommendations. Among them are calls for measures to promote innovation, for law societies to force law firms to submit data on diversity, for law schools to take "life experience" into account when admitting students, and for the profession to develop better training programs.

How to avoid a lengthy Charles Dickens-style litigation Subscriber content
May 12, 2018 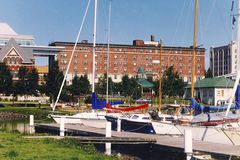 Ex-fund manager to pay $20-million for breaching duties to investors
May 12, 2018 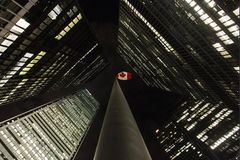