A move by the Obama administration to require 100 per cent U.S. content in all federally funded transit projects could decimate Canada's bus and rail car industry.

Canadian manufacturers are crying foul over a massive U.S. government-backed transportation bill they say will wreak havoc on existing supply chains and make it very difficult to continue making buses and subway cars in Canada.

The Grow America Act, introduced earlier this month in the U.S. House of Representatives, contains "Buy American" language that would raise U.S. content to 100 per cent by 2018 from 60 per cent now.

The bill, which must pass both the House and Senate, is part of a resurgence of so-called Buy American rules in numerous recent federal spending bills amid angst about the weak economy.

Hundreds, if not thousands, of Canadian jobs could be put at risk if manufacturers are forced to shift production to the U.S., industry officials warn.

Among the companies that would be affected are Bombardier Inc., which makes subway cars, bus maker Nova Bus Corp.of St. Eustache, Que., and New Flyer Industries Inc. of Winnipeg.

"It would dramatically, over time, affect the Canadian labour base that we have," said Paul Soubry, New Flyer's president and chief executive officer.

One way out of the problem is for Canada to negotiate a special and permanent exemption from the rules in a bilateral procurement deal, according to Martin Lavoie, director of policy for the Canadian Manufacturers and Exporters.

Canada is trying to secure better access to government procurement in the U.S. in the Trans Pacific Partnership negotiations. So far, however, the U.S. wants access to Canada's protected dairy market as a quid pro quo.

New Flyer has structured its business to meet the current lower content requirements, often assembling bus frames in Canada and then shipping them to the U.S. for final assembly. New Flyer has a bus factory in Winnipeg and two in the U.S., in St. Cloud and Crookston, Minn. It has 1,300 employees in Canada and roughly 2,000 in the U.S.

Continuing to operate in both countries could become "very delicate" if the U.S. pushes ahead with the 100 per cent rule, he said, pointing out that roughly 80 per cent of new bus orders are south of the border, Mr. Soubry said.

"We would have to make the decision: Can we afford a legacy business in Canada, and have a duplicate sourcing and manufacturing infrastructure?" he said.

It would also throw the company's supply chain into turmoil, forcing New Flyer to cut off existing Canadian and offshore suppliers.

Mr. Soubry said he "understands" that the U.S. can do what it wants with its tax, but "it sure sounds like it flies in the face of what free trade was all about."

As with New Flyer, Nova Bus, owned by Volvo, has a plant in Plattsburgh, N.Y. to meet existing U.S. content rules on government-funded transit contracts.

But spokeswoman Nadine Bernard said reaching 100 per cent U.S. content would be very tough. "The U.S. market would become much more difficult to serve, not just for Nova Bus, but for a lot of players in the industry," she said.

Coach bus maker Prévost, also owned by Volvo and based in Sainte-Claire, Que., is considering opening a plant in Plattsburgh, N.Y., if it wins a key contract with New York City transit authority – to meet local Buy American rules. 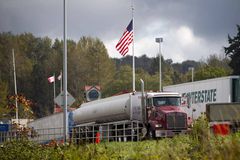 In search of a CEO: American Apparel emphasizes T for teambuilder
June 26, 2014 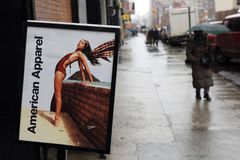 GoPro prepares to shake up Wall Street with IPO
June 25, 2014 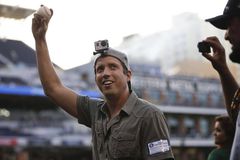 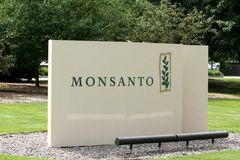