The World Bank doled out more than $57-billion (U.S.) in grants and loans for projects in developing countries in its last fiscal year, a deep pool of money that is aggressively coveted by major multinational contractors and engineering firms.

But sitting behind a desk in Washington, D.C., there's a former U.S. prosecutor who will not hesitate to try to turn off that tap if he senses a dirty deal – a punishment that, pending the outcome of a continuing criminal probe, could be in store for Canadian engineering giant SNC-Lavalin Group Inc.

Stephen Zimmermann is director of operations for what the World Bank calls its Integrity Vice Presidency, a team of lawyers, investigators and analysts that scrutinizes World Bank-financed projects for fraud or corruption. It was his team that alerted the RCMP to a possible problem with a World Bank-financed bridge project in Bangladesh, prompting the Mounties to execute a highly publicized search warrant on a Toronto-area office of SNC-Lavalin last September.

In an interview, Mr. Zimmermann offered no details about what led his team to contact the RCMP, except to confirm that they blew the whistle. "We're very encouraged by the interest the Canadian government has taken in this case and we're anxious for the outcome," he said.

The reaction of the Mounties was an especially welcome response, he said, given the reactions he typically receives. In 2010, his office alerted authorities in various countries, including Kazakhstan, India and Vietnam, about 32 cases of alleged bribery and fraud in relation to World Bank-financed projects. But action in such places is not usually swift, often because the police are afraid to take on their political overseers.

"I'll be perfectly honest with you, one of the biggest challenges we have is getting national authorities to act on our referrals," Mr. Zimmerman said. "There's a huge number of different obstacles. … If we're making a referral that implicates a government official, maybe they don't want to pursue it."

That has forced the World Bank to rely on its single greatest strength to deter corruption, which is what Mr. Zimmermann calls "the power of the purse."

A spokeswoman for SNC-Lavalin, which says it is co-operating with the RCMP probe, declined to specify how much revenue the company garners from projects financed by those five development banks. Such contracts are usually for service, and not construction, so the impact of such a ban "would be limited," said Leslie Quinton, SNC's vice-president of global corporate communications.

A review of the SNC-Lavalin's annual reports shows the company has been involved in several projects supported by those development banks, such as post-earthquake assessments in Haiti and engineering consulting in Upper Guinea.

But the development banks' "cross-debarment agreement" doesn't necessarily mean that a large company will be banned completely from any such projects. In cases where a subsidiary of a large firm has been caught paying bribes, often it is only the subsidiary that is banned, a loophole that, some trade lawyers argue, disproportionately punishes small firms over giants such as Siemens AG or SNC-Lavalin.

Mr. Zimmermann said the World Bank always tries to strike a balance when sanctioning a company. Banning a company is just one way to achieve the goal of deterrence, he said; companies that want to keep doing business with the bank are also forced to introduce anti-bribery compliance programs. "We want to make sure that the firm that is being sanctioned comes out the other side of the process as one with whom the bank wants to do business," he said.

It's difficult to measure what effect Mr. Zimmermann's office has had, partly because it's still in its infancy. It was only slightly more than a decade ago that former World Bank president James Wolfensohn launched a war on corruption. He decried the bank's historical approach to the problem, complaining that it was so worried about offending governments who borrowed from it that the issue was always referred to as "the 'C' word."

"You can't really pursue development in the part of the world that needs assistance with development without tackling corruption because it's such an endemic problem," Mr. Zimmermann said. "Corruption really is a cancer on society. It undermines any ability to succeed in the fight against poverty. I don't think anyone has ever successfully measured how bad the problem is."

Toronto lawyer named to FIFA panel on bribery allegations
May 3, 2018 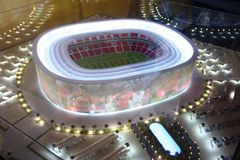 Opinion
How Ottawa can reduce the risk of corruption abroad
April 30, 2018
SNC co-operating with RCMP investigation
May 3, 2018 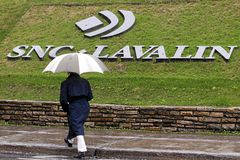 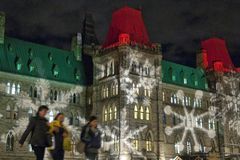 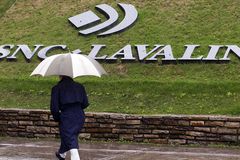