Valeri Belokon, a Latvian business mogul with interests in banking, newspapers and the English soccer team Blackpool FC, is locked in a legal battle with the government of the former Soviet republic of Kyrgyzstan – a battle that is set to partly play out in Toronto courtrooms.

Lawyers for Mr. Belokon, 55, who counts Prince Charles among his business partners, filed an action earlier this year in the Ontario Superior Court to try to seize shares in Toronto-based Centerra Gold Inc., which operates a massive gold mine in the mountains of Kyrgyzstan.

In September, an Ontario Superior Court judge issued a freeze order on Centerra shares and dividends worth $25-million owing to or held by a Kyrgyzstani state-owned company, pending the final outcome of Mr. Belokon's case.

It is just one of a series of four court battles in Ontario in which Centerra is caught in the crossfire with various litigants who claim Kyrgyzstan owes them compensation and are seeking to get their hands on Centerra shares, which appear to be one of the former Soviet republic's few assets outside its borders.

However, in each case, a key legal question that remains unanswered is whether courts in Ontario will deem those shares Kyrgyzstani government property, as they are owned indirectly by a state-owned company called Kyrgyzaltyn JSC.

Mr. Belokon's trouble in Kyrgyzstan started in 2010, when an uprising swept president Kurmanbek Bakiyev from power. Mr. Belokon, said to be close to Mr. Bakiyev's son Maxim, had purchased a bank in Bishkek in 2007, renaming it Manas Bank.

But after the April, 2010, revolution, the elder Mr. Bakiyev sought refuge in Belarus and his son was forced to flee to Britain. Newly installed Kyrgyzstani authorities ordered the seizure of many of the country's banks, including Manas. They launched an investigation into alleged money laundering and other alleged improprieties. But Kyrgyzstani courts have previously rejected the allegations, and Mr. Belokon has not been convicted of any crime.

In 2011, Mr. Belokon, who denies the allegations of wrongdoing, demanded compensation for the bank seizure before an arbitration panel in Paris under the terms of an investment treaty signed by Latvia and Kyrgyzstan. In a ruling issued in October, 2014, the panel ordered Kyrgyzstan to pay him about $25-million in compensation, rejecting the money laundering allegations for lack of any evidence. Kyrgyzstan is appealing that ruling in Paris.

For Centerra, this and the other similar tangled legal fights are another headache as it tries to renegotiate the ownership structure of its Kumtor gold mine in Kyrgyzstan, where the company has faced protests, allegations of environmental wrongdoing and threats of nationalization.

In July, a former Centerra chief executive officer, Len Homeniuk, was detained in Bulgaria at the behest of Kyrgyzstan, which accused him of corruption for transactions dating back to 2003. He alleged the arrest was nothing more than a pressure tactic, and Bulgaria later refused to extradite him, setting him free last month.

Centerra says it is eager to restart talks with Kyrgyzstan's newly elected coalition government, which took power after a vote last month. Kyrgyzstan wants a larger share in the mine, its single largest taxpayer, and the two sides had previously tentatively agreed to a proposal that would see the mine owned by a joint venture that is half-owned by Kyrgyzstan.

But this restructuring plan would require Kyrgyzstan to hand over its current one-third share in the Toronto-listed company to Centerra, something made impossible by court orders freezing those shares.

"It's a matter of discussion ... that we have with the Kyrgyz," John Pearson, Centerra's vice-president for investor relations, said in an interview. "That's the complicating factor."

It's not Mr. Belokon's only court battle. The Riga-based tycoon, whose Baltic International Bank counted the late Russian oligarch Boris Berezovsky among its clients, also recently announced he was filing litigation against his fellow co-owners of Blackpool FC.

Mr. Belokon, who holds a 20-per-cent stake in the soccer club, filed a claim in September alleging that co-owners Karl and Owen Oyston, a father and son, improperly transferred soccer club cash to their own companies. The allegations have not been proven. 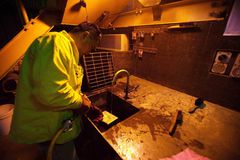 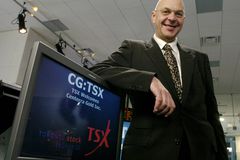