It's no secret that clients hate sticker shock from lawyers. Billable hours tend to pile up, often leaving clients with an expensive surprise.

From the halls of government to the offices of tech startups, a push for change is under way.

In late January, the federal government filed a $25-million lawsuit against Merchant Law Group, alleging the Regina firm overbilled for legal services. According to court documents, approximately 57,000 entries in the billing record were "misdescribed." The law firm denied any wrongdoing and filed a lawsuit of its own. No allegations have been proven in court.

Also in late 2014, the Ontario Court of Appeal released a decision addressing the imbalance in the billable-hour model. There is something "inherently troubling about a billing system that pits a lawyer's financial interest against that of [the] client and that has built-in incentives for inefficiency," said the ruling.

Legal billing disputes happen all the time. A growing group of startups are focused on a solution: creating technology that allows law firms to show clients exactly what they are doing as they are doing it.

Instead of getting a bill weeks after working with a lawyer, clients can use apps such as Viewabill and LeGuard to track hourly billing costs as they pile up.

Law firms have discussed killing the billable-hour model for decades. Canadian firms such as Cognition LLP and Conduit Law have been advocates of alternative pricing models for the past few years. Jackson Lewis, a large firm with offices across the U.S., eliminated its billable hour model this year in favour of a cost-conscious fee arrangement focused on "true billed value." According to the firm, this means taking factors into account such as including client service, responsiveness and pro-bono commitment.

Peter Carayiannis, president and founder of Toronto based Conduit Law, says his firm tracks time but does not use billable hours. "The billable hour is not an indication of value … under the billable hour model, if I were a gardener, I would not use a mechanical lawn mower. I would just use scissors because there is no benefit for me to go quickly." In reality, Carayiannis notes, gardeners figure out what their time, experience and materials are worth ahead of time so there is an incentive to finish the job quickly, whereas lawyers actually have an incentive to finish more slowly.

This dynamic also quashes the incentive for lawyers to leverage technology.

But while firms have traditionally tried to address the billable-hour problem by creating flexible billing structures, companies such as Viewabill aim to make information regarding each billable hour more accessible. Viewabill allows users to see a real-time account of everything a lawyer does. If a lawyer is working on a contract, he or she can enter that information and the client will know exactly how long it took.

Robert Friedman, co-founder and CEO at Viewabill, says the idea for the software was inspired by his own experience as a lawyer.

"It almost feels like you're being judged when the client questions your invoice, or asks you questions. … I didn't have the bandwidth or desire to fight about billing."

Viewabill boasts that more than 100 U.S. law firms subscribe to its service, including Reed Smith, Perkins Coie and Pepper Hamilton. Legal departments at major corporations such as LinkedIn, NetApp and MGM Resorts are clients of law firms who use Viewabill.

Mr. Friedman says many companies use Viewabill as a "project management tool" to track activity by both inhouse and outside counsel. "Firms and companies are using Viewabill to monitor their own stuff as if they were outside clients."

While he recognizes a "definite tension" when it comes to the "business reality of law firms," Mr. Friedman remains in favour of the billable hour. It will "always serve as an objective metric" that all lawyers can consistently use, he said.

Viewabill is not the only software company that offers a more efficient way to handle legal billing; startups such as LeGuard and Rocket Matter also give lawyers a different way to bill.

LeGuard's software allows lawyers and clients to track legal fees in real time through a computer, smartphone or tablet. Like Viewabill, LeGuard's exclusive focus is on legal billing.

Rocket Matter's software allows law firms to manage every aspect of their practice, including billing. It helps lawyers be more efficient and create accurate invoices on their phones, tablets or computers. There is a timer that a lawyer can click when he or she begins work and clicks off when finished. Lawyers can use the technology anywhere, says Michael Miceli, director of marketing at Rocket Matter. Whether you are at the courthouse or at a coffee shop, "as long as you have a web connection, you can use Rocket Matter; you can also work offline and it will sync back up when the connection resumes so there is no place where it is 100-per-cent off limits."

As far as trust goes between lawyers and clients, Mr. Miceli says technology such as Rocket Matter serves all types of lawyers, not just those who use billable hours. Those who use alternative fee arrangements such as contingency rates and flat fees find the software "as helpful as the heavy hourly billers" because they are able to document exactly what work they have done and show it to the client.

The trend is an opportunity for law firms to redefine their practices and create a more trusting lawyer-client relationship. Conduit's Mr. Carayiannis sums it up: Billing software will definitely add "something" to the mix but whether or not any of the new technology "will be the silver bullet remains yet to be seen." 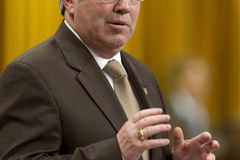 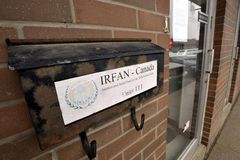 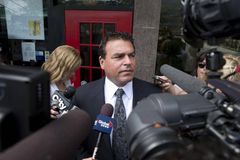