A clash of privacy rights and safety concerns is coming to a head as one of Alberta's largest oil sands employers attempts to force thousands of its workers to submit to new random drug and alcohol tests.

Arguments on the matter are now being heard in a labour arbitration hearing in Calgary.

Proceedings began Wednesday in what observers call a test case that pits Suncor Energy Inc. against the Communications, Energy and Paperworkers Union, Local 707, which represents 3,400 workers at the company's facilities near Fort McMurray, Alta.

The closely watched case comes as Suncor and other employers in the oil patch engage in a co-ordinated push for random drug and alcohol testing on all employees in "safety sensitive" positions.

It is a trend that some unions and civil libertarians argue can result in unnecessary and ineffective policies that violate employee privacy and dignity.

Suncor's battle comes as the Supreme Court of Canada mulls arguments it heard last month about a random alcohol-testing policy imposed at an Irving Pulp and Paper Ltd. mill in Saint John. Legal observers say the Supreme Court's decision in that case, expected some time this year, could redraw the battle lines over drug and alcohol testing for the entire country.

Substance abuse among workers in Alberta's booming oil patch near Fort McMurray, with its work sites full of heavy machinery, has attracted widespread concern. Already, workers at Suncor's facility and others submit to tests before they are hired, as well as after a workplace safety incident where drugs or alcohol use are suspected.

Last June, Suncor told its workers it would introduce a sweeping random drug-and-alcohol testing policy for all employees in "safety-sensitive" roles, meaning they could be tested at any time.

The union says the company would include 85 per cent of its workers in the testing program. At least 50 per cent of them, or about 1,445 unionized workers, would be tested annually.

Suncor argues that the policy is needed, saying that three of the seven deaths at its facility since 2000 involved workers under the influence of alcohol or drugs. According to court documents, Suncor also says that between May 28, 2010, and June 30, 2012, there were "over 100 reported security incidents involving alcohol or drugs" at its operations.

"Our view is that even one fatality is too many," Suncor spokeswoman Sneh Seetal said in an interview Wednesday, adding that workers tested and found to have addiction problems would be offered treatment.

The union argues the policy would violate the privacy and dignity of employees, as well as the terms of their collective agreement, and that the company's statistics include non-union workers. (Contract workers are also slated to be subject to the policy.)

The union challenged the new testing protocol, which was supposed to take effect in October, and succeeded in convincing Alberta's courts to grant an injunction blocking Suncor from imposing the testing before the dispute is decided in arbitration.

Suncor argued it needed to implement its policy as planned to protect worker safety, but in a split decision in November, the Alberta Court of Appeal dismissed the company's challenge of the injunction.

The arbitration hearings in the Suncor case are scheduled to take place over the next few months.

A spokesman for the union could not be reached for comment on Wednesday.

Brian Thiessen, a lawyer with Blake Cassels & Graydon LLP in Calgary who advises companies on these issues, said both the Suncor case and the Irving case before the Supreme Court are being closely watched by employers, who face an uncertain legal landscape in this area across the country.

"It is very difficult to advise employers when they come into Canada and they want to operate nationally," Mr. Thiessen said, adding that a win for Suncor in its arbitration would likely see other oil sands employers go ahead with similar policies. 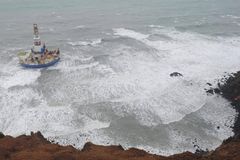 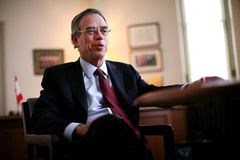 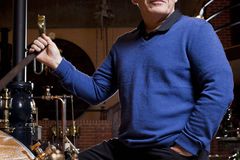 Court refuses to block arrival of more Chinese workers for B.C. mine
December 14, 2012 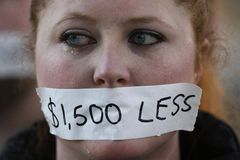