It was perhaps the most down-and-dirty development fight in Ontario's recent memory: An eight-year battle pitting environmentalists and some well-heeled local cottagers against plans to build a $1-billion resort and marina on the shores of Lake Simcoe's Big Bay Point, north of Toronto.

In the end, the naysayers lost their case before the Ontario Municipal Board, the province's quasi-judicial tribunal that second-guesses local planning decisions, in late 2007.

But throughout the fight, the developer - Kimvar Enterprises, a unit of Markham, Ont.-based Geranium Corp. - was busy filing lawsuits, including multi-million dollar statements of claim for defamation against members of a residents' association opposing the deal. After winning its OMB case, the company decided to go after residents and their lawyers for $3.2-million in legal costs.

The company denies it was improperly trying to muzzle its critics. But its moves sparked a renewed debate over what is commonly known as the SLAPP, or strategic lawsuit against public participation. The tactic sees developers or corporations attempt to silence their grassroots critics, who often have less-than-deep pockets, by launching weak or petty lawsuits against them for defamation.

Ontario's Environmental Commissioner, Gord Miller, has called for laws to stop SLAPPs. Environmental activists say the practice is widespread in the development industry and used to pacify activists and environmentalists. But lawyers for developers say their clients should not be forced to endure false accusations made in order to whip up public opposition to development projects.

Last month, the Ontario government struck a blue-ribbon panel, chaired by Mayo Moran, dean of the University of Toronto's law school, to advise it on how to draft legislation to stop developers or other plaintiffs from filing lawsuits meant only to intimidate critics.

Critics say the problem with anti-SLAPP legislation is a basic one: When is a SLAPP a SLAPP, and when is it a legitimate lawsuit?

"It's very much in the eye of the beholder," said Jeffrey Davies, a veteran development industry lawyer and one of Geranium Corp.'s lawyers in its OMB case. "It's been my view that the courts have all the tools that they need to protect citizens against abusive lawsuits."

Geranium's move to seek costs before the OMB was not a SLAPP, he argued. Geranium asked for legal costs to because its critics caused the OMB hearing to drag on needlessly, he said, a charge his opponents reject.

After hearing from lawyer Clayton Ruby on behalf of the project's opponents, the OMB ruled against the developer's cost motion last year. The OMB did not conclude that Geranium Corp. had intended to stifle public debate. But the board did concede that forcing residents to pay costs could have had a "chilling effect."

Mr. Davies argues that developers, like anybody else, have a right to defend their reputations against the wild allegations often hurled at them at public meetings by opponents of major projects.

"It's prone to broken telephone, and information becomes misinformation," Mr. Davies said. "... People think they have a licence to say whatever they want, to beat the thing. ... False premises are made up in order to stir up opposition and get people out to meetings."

Environmentalist and lawyer David Donnelly, who represented the residents association opposed to the Big Bay Point development, warns that SLAPPs are often hidden behind legal threats and confidential settlements, meaning it is hard to measure how often residents or environmentalists opposing development projects big and small across the province are silenced.

"There are enough suits out there .. that we know it's a real phenomenon," Mr. Donnelly said. "The problem is that it's insidious and that's why its hard to quantify. I've been around this game for 22 years and, I don't think this is too strong a statement, our democracy is being undermined."

He said any anti-SLAPP legislation must include a provision to freeze things such as OMB proceedings or environmental assessments while the alleged SLAPP suit is dealt with, in order to strip developers of the power to use lawsuits to scare opponents away from public hearings.

Mr. Donnelly is adamant that Geranium was using SLAPP tactics. But Earl Rumm, president of Geranium, denies any of his lawsuits were SLAPPs meant to frighten away critics: "We did not use these suits in any way shape or form to gain any political or municipal favours."

As for the defamation lawsuits filed against Big Bay Point opponents, lawyers for Geranium say they are now close to signing out-of-court settlements. Tree clearing on the site to make way for condos and a new marina is already under way.

One of the members of the Ontario government's three-member SLAPP panel, prominent media lawyer Brian MacLeod Rogers, said it was still too early to discuss what direction the panel was likely to go. Before its Sept. 30 deadline, the panel will solicit written submissions and hold public hearings, he said, to hear from any one with a view on SLAPPs.

The panel must balance both the rights of everyday citizens and developers, he said: "I think everybody on the panel is acutely aware of both sides of this equation. ... We'll certainly be interested in getting information from people out there experiencing these lawsuits or threats of lawsuits." 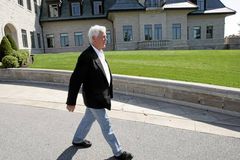 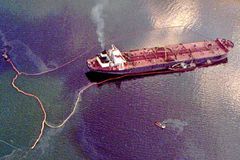 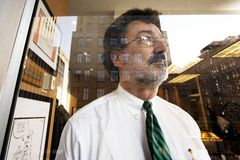 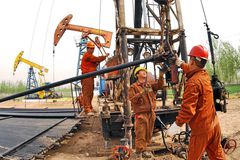 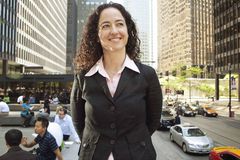 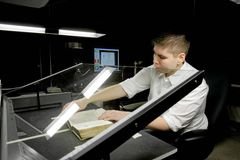