A glimmer of hope has emerged in one of Canada's longest-running and most contentious legal cases.

A settlement offer has been tabled in the 23-year-old case involving $1.5-billion of negligence claims filed against Coopers & Lybrand Chartered Accountants over its audit of failed Montreal real estate company Castor Holdings Ltd., which collapsed in 1992. Castor provided high-yield mortgage loans to developers, but was accused of grossly overstating its revenues and loan portfolio in its financial statements to investors.

Representatives of Coopers & Lybrand have proposed to pay $220-million to resolve all outstanding claims alleging negligence in its duties as Castor's auditor, saying that continuing the court battles will leave no money for anyone. The money would come in part from remaining Coopers & Lybrand assets and from contributions by former partners of the audit firm.

Former Coopers & Lybrand partner Michael Macey said the litigation has been "calamitous" for all the parties involved.

In an affidavit filed in court in December, Mr. Macey said 275 partners of the audit firm are facing financial ruin from Castor Holdings claims, even though most had nothing to do with the Castor audit. He said the claims could total an average of $5-million per audit partner.

"If a resolution cannot be reached, the continuation of the prolonged Castor litigation may ultimately force many of the remaining defendant partners to file proposals or assignments in bankruptcy," Mr. Macey said.

Coopers & Lybrand merged with Price Waterhouse in 1998 after the Castor Holdings case was under way, but a separate company remained behind to hold the remaining assets of Coopers & Lybrand and manage the litigation against it.

Chrysler Canada Inc., which is one of the largest creditors with claims against Coopers & Lybrand, is opposing the settlement proposal. Chrysler's employee pension plan was an investor in Castor Holdings, and the firm has a $433-million outstanding claim against the auditors.

In a legal filing earlier this month, Chrysler said it was not appropriate for the Coopers & Lybrand numbered company to file for bankruptcy protection under the Companies' Creditors Arrangement Act (CCAA) in December as a strategy to manage the settlement process. Chrysler said CCAA legislation should not be used to shield former audit partners from their liabilities.

Chrysler said the Coopers & Lybrand group delayed the court cases against it for years with a "scorched earth" litigation strategy, using up much of its insurance money that could have gone to claimants.

"To grant discretionary relief under the CCAA in the particular circumstances of this case would be to reward the conduct of the former partners as defendants who over the past 22 years have delayed the inevitable," the Chrysler motion says.

He said the other creditors – which include a group of Canadian and German banks – argued in court that they believe the time is now ripe to resolve the case and they have seen a change in attitude a new committee of Coopers & Lybrand partners, giving them hope a settlement deal is finally possible.

"Whether the banks are correct in their judgments and whether they will succeed in this attempt remains to be seen, but they should not be prevented from trying," Justice Newbould wrote in his Jan. 12 decision.

While 96 different parties launched negligence cases against Coopers & Lybrand over the Castor audit, 56 of the cases have been settled or discontinued over the years, leaving 40 still outstanding.

Only one case – involving claims by the estate of deceased businessman Peter Widdrington – was concluded in court following a lengthy trial, with a Quebec judge ruling in 2011 that Coopers & Lybrand was negligent for its poor audit work.

The decision was expected to serve as a basis to resolve all other outstanding claims, but lengthy trials have been scheduled for remaining claims because they had specific issues that must determined beyond the scope of the Widdrington decision. 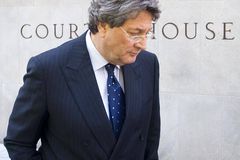 Auditors negligent in Castor Holdings collapse, judge rules
April 15, 2011
Follow Janet McFarland on Twitter @JMcFarlandGlobe
Report an error Editorial code of conduct
Due to technical reasons, we have temporarily removed commenting from our articles. We hope to have this fixed soon. Thank you for your patience. If you are looking to give feedback on our new site, please send it along to feedback@globeandmail.com. If you want to write a letter to the editor, please forward to letters@globeandmail.com.
Comments