The company created to hold the remaining assets of Sino-Forest Corp. has negotiated the sale of the last of the failed company's holdings for $242-million (U.S.), signalling there was significant remaining value within the company's disputed forestry assets.

Emerald Plantation Holdings Ltd., which was created to manage the company's assets after it filed for bankruptcy protection in 2013, said it has entered into a conditional offer to sell subsidiary Emerald Plantation Group Ltd. to New Plantation Ltd., a private forestry company.

Emerald Plantation Holdings, based in Hong Kong, is controlled by former bondholders of Sino-Forest, who took control of the company's assets under a court-supervised reorganization.

The sale price for the subsidiary includes an initial consideration of $214-million, plus a further $23-million to be deferred and paid within 12 months, as well as $5-million which has been seized and frozen under court orders but is expected to be released.

Emerald Plantation management could not be reached for comment Monday, and the company's release did not specify which of Sino-Forest's former holdings are included in the subsidiary being sold to New Plantation.

The sale, which still requires approvals from shareholders, comes after several other smaller assets were sold by Emerald Plantation Holdings last year, including two plantations sold for a total of $13.2-million and shares of subsidiary Greenheart Resources Holdings Ltd., which sold for $111-million. All were sold to unidentified "outside buyers."

Combined with the current proposed sale, Sino-Forest's assets have been liquidated over the past year for an anticipated total of almost $366-million, which suggests the company held significant real business assets, but they do not appear to be worth nearly as much as the company claimed in its financial statements prior to its collapse.

In 2010, for example, Sino-Forest reported holding $5.7-billion in total assets, including timber holdings worth $3.1-billion. The company, which traded on the Toronto Stock Exchange, collapsed after a short seller wrote a damning report in 2011 questioning its accounting practices and calling Sino-Forest a "Ponzi scheme."

The Ontario Securities Commission has accused Sino-Forest founder and chief executive officer Allen Chan and four other senior executives of fraud, alleging management overstated the value of the company's standing timber business and falsified evidence of ownership for the vast majority of its timber holdings.

The OSC's long-running hearing in the case continued Monday with closing arguments by the regulator's staff, which began a week ago.

In his remarks last week, OSC lawyer Hugh Craig repeatedly stressed that senior staff of Sino-Forest have had years to prove the company owned the significant standing timber assets it reported, but have not been able to produce any documents to back the claims.

The company's timber subsidiary, registered in the British Virgin Islands, held most of the company's reported assets, which Sino-Forest said were located in China. Mr. Craig said "no clear or cogent evidence" had been produced at the OSC's hearing to show the existence of most of the standing timber in the BVI division, saying there was "very little evidence that Sino-Forest did real business" within the BVI model.

The OSC had no immediate comment Monday on the sale of Emerald Plantation assets.

Mr. Chan's lawyer, Emily Cole, also said she could not comment on the sale announcement.

Proceeds from asset sales by Emerald Plantation Holdings are being paid out to the company's note holders, allowing the former bondholders to reap some return on their investments.

In November, for example, Emerald notified investors of a plan to repurchase $39-million of outstanding notes using proceeds from asset sales last year. In July, the company paid out $85-million to repurchase senior notes. 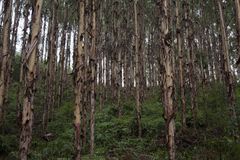 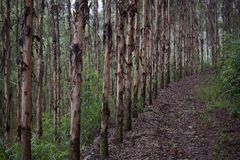