Don't ask Bob Monks about companies' efforts to change the way they pay their top executives.

The long-time governance advocate and founder of New York-based data firm GMI Ratings is profoundly disappointed by the recent spate of shareholder activism and the flurry of activity to reform CEO pay practices – even though he has been fighting for both reforms for decades.

"When I hear the word 'reform' I want to vomit, because it means we've lost the battle of terminology," Mr. Monks says in his characteristically blunt manner. "If this is reform, God help us. There hasn't been any reform."

He argues little fundamental change has come from high-profile cases of shareholder activism. Most critically, shareholders still lack the ability to propose a new director as a nominee for election to a board and to vote out a director they don't like.

"The rest of it is all very nice and it should warm the cockles of people's hearts who want warm hearts, but it doesn't mean anything," Mr. Monks said during a recent interview in Toronto.

After decades of working as a shareholder advocate, Mr. Monks' frustrations span a long list of subjects. But the 79-year-old also has a mainstream business pedigree, and argues his views on governance are based not on academic theory but on long experience.

The co-founder of prominent proxy advisory firm Institutional Shareholder Services (ISS) in 1985 – which he later sold – has sat on the boards of 11 companies listed on the New York Stock Exchange, and has invested millions of dollars of his own money to buy shares of major U.S. companies to try to influence governance reform.

Despite all his efforts as a shareholder activist, he is disillusioned with the current activism trend. He argues there has been an increase in well-intentioned activity, but it hasn't opened the door for investors to easily nominate their own director candidates rather than simply accept the slate chosen for them by companies.

"I'm results oriented. I hear a lot of Sturm und Drang but I don't really see any material change … If I sound indignant, it's that from where I sit it's pretty simple. This is just absolutely bedrock. You can't nominate a director, you can't talk to a director and you can't get rid of a director. So what rights do shareholders have?"

He is equally unimpressed with pay reform, despite pledges by companies to link pay with performance and the introduction of "say on pay" votes in recent years.

CEO pay levels are still soaring, he notes, and Wall Street has not fundamentally changed its ways despite the 2008 financial crisis. A typical U.S. CEO, who is also chairman of the company's board, has "kidnapped" all corporate power, he says, and is not restrained by his board of directors.

"He's not accountable to anybody as a practical matter," Mr. Monks said.

Mr. Monks has tested the waters of activism as both an insider and a shareholder, and has faced some major defeats.

In 1995, he was asked to step down as a director of Tyco International Ltd. because he says he was asking tough questions about executive compensation practices. It felt like a stinging rebuke at the time, he said, but seven years later, Tyco was embroiled in a scandal involving lavish spending by CEO Dennis Kozlowksi, who is now serving a maximum 25-year sentence for improperly taking money from the company.

Five years before his ouster from Tyco, he had invested a $750,000 inheritance from his mother to wage a pitched battle to win a seat on the board of Sears Roebuck and Co., arguing the company was drifting and needed reforms. He says Sears spent $23-million in legal battles to oppose his efforts, and he did not succeed.

The experiences helped cement his views that the "unwritten rules" of being a corporate director include not asking too many questions and not being too challenging of management. Most boards, he believes, want people like themselves who will be "collegial," and says that that deeply conservative desire to avoid challenge or change also helps explain why many still have so few women or racial minorities.

In November, the firm sent clients a so-called "black swan" list of companies it calculated face the greatest chance of a major share-price decline based on an assessment of their accounting and governance practices. A day later, one of the firms on the list, Hewlett-Packard Co., announced an $8.8-billion (U.S.) writedown of the value of its acquisition of Autonomy Corp.

The fact GMI had just ranked Hewlett-Packard in the top 2 percentile of risky companies validates Mr. Monks' belief that it's possible to use publicly available data to understand what he calls the "character" of a company.

By looking at dozens of areas where companies have discretion in how they apply accounting standards, he believes it's possible to figure out which companies are consistently the most aggressive and are "pushing everything right to the limits."

"Essentially this characterization of accounting permits us, based on experience, to conclude they're highly likely to be sued, to have an administrative proceeding against them, and to decline in value in the relatively short term," he says. How dumb luck can save shareholders the misery of failed mergers
Subscriber content
January 14, 2013 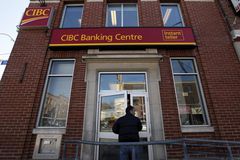 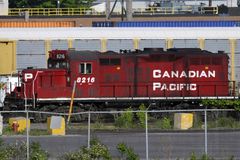