The Supreme Court of Canada has declined to hear an appeal of a landmark Ontario Court of Appeal decision that critics say imposes a draconian deadline on the right of shareholders to sue companies they accuse of misrepresenting their financial results.

The Supreme Court announced Thursday that it had dismissed the leave application filed in the case of Ravinder Kumar Sharma v. Timminco Ltd. et al. As is customary, the court did not provide any reasons.

Lawyers who file class actions against corporations on behalf of shareholders were sharply critical of the February decision from the Ontario Court of Appeal, which dealt a blow to a proposed shareholder class action against Toronto-based Timminco Ltd.

That ruling held that the province's class-action legislation does not freeze a three-year time limit in the Ontario Securities Act for plaintiffs to secure the leave, or special permission, they need from a judge for "secondary market" shareholder lawsuits to proceed. The act was changed in 2005 to make it easier for this kind of case, which involves shareholders who purchased stock on a stock market, to go ahead.

The time limit to secure leave runs from the last statement from the company that the plaintiffs allege was a misrepresentation. Plaintiffs lawyers say this timeframe makes it next to impossible to secure leave from a judge, given the complexity of most shareholder lawsuits and the ability of defendants to drag their heels. They warned that several multi-million lawsuits were in jeopardy.

Last month, an Ontario judge ruled that the Timminco decision meant that a shareholder class action against Canadian Imperial Bank of Commerce for allegedly downplaying its exposure to U.S. subprime mortgages could not go ahead. Mr. Justice George Strathy said he made the ruling "with considerable regret."

Toronto lawyer Won Kim of Kim Orr Barristers P.C., who represents the plaintiffs in the Timminco case, said he was disappointed with the result. He insisted that the case against the company could still be revived.

The $540-million lawsuit alleges that Timminco, which sought protection from its creditors and is now being sold off, defrauded investors by claiming in 2008 that it had discovered a cheaper way to make silicon for solar panels.

While the three-year deadline clearly gives defendants an advantage, Mr. Kim said he believes in future cases, judges may be forced to dramatically speed up proceedings and as a result, lower the hurdle that plaintiffs need to jump over to win leave.

"The leave provision has been completely watered down," Mr. Kim said. "This means the leave provision will become perfunctory. The judges will just pass this through ... They are not going to let the defendants delay."

Mr. Kim also said that other cases are now moving forward to the appeal stage that could end up seeing the Ontario Court of Appeal modify or change its stance from the Timminco decision.

Plaintiffs'-side lawyers have also urged the Ontario government to rewrite the law to extend the deadline, and point out that Manitoba has introduced an amendment to its securities legislation.

Bay Street lawyers who defend companies in this kind of case praised the original Ontario Court of Appeal decision, saying the three-year deadline is needed to ensure companies are not kept under a cloud by allegations in shareholder lawsuits that can drag on for many years.

Clock runs out on subprime lawsuit against CIBC
April 30, 2018 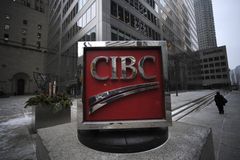 Ruling says 'time's up' on shareholder class actions
May 3, 2018 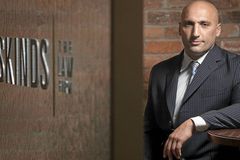 Court tosses out case against Timminco
May 8, 2018 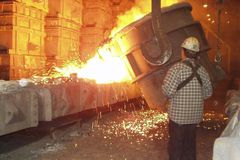