A new battle is brewing over $1.9-billion of intercompany claims in Target Canada's collapse as creditors push to free up money for their own debts.

The monitor in the Target Canada insolvency case says the $1.9-billion debt the chain has said it owed its own property company should be reduced to $1.36-billion. However, the monitor, Alvarez & Marsal Canada Inc., acknowledged in a court filing that "a strict reading of the words" of the property agreements shows "drafting errors," which, the monitor adds, can be overlooked partly because of Target's "stated intention."

Now, some creditors are challenging the entire so-called Propco intercompany claim – the largest among a number of other such debts – on the grounds that it is technically flawed.

"In our view, the entire Propco claim is zero," said Lou Brzezinski, a lawyer at Blaney McMurtry LLP who represents major suppliers such as Universal Studios Canada and Nintendo of Canada "I think it is a big problem for Target."

Target's intercompany claims are important to creditors because they are worried the claims could end up in U.S. parent Target Corp.'s coffers and wipe out their own recoveries. In all, creditors have been estimated to be owed more than $2-billion, which could be almost as much as the intercompany claims. Target Canada has so far raised roughly $900-million from selling off properties and inventory.

Target Canada got court protection from creditors on Jan. 15 after less than two years in this country. It closed all 133 of its discount stores by mid-April.

At the start of the insolvency process, an affiliate of the U.S. parent agreed to subordinate to other unsecured creditors $3.1-billion it is owed by Target Canada, allowing other creditors to be paid first. But it has not said it will subordinate other intercompany claims, including the big property debt.

In a filing this week, the monitor said the language in the property agreements "presents certain challenges." (The property firm was set up to handle store real estate lease assignments and operations.)

"The materials provided in support of this claim indicate that the assignment and assumption agreement serve to assign all the subleases and leasebacks entered into by Prop LP prior to the date of the assignment," the monitor's report says. (Prop LP was set up to handle store real estate lease assignments and operations.)

"However, Prop LP only assigned all of its right, title, interest and obligations as 'sublessor.' Accordingly, on a strict reading of the words of the agreements, only the leasebacks were assigned," it says. "However, on balance, the monitor has concluded that these are simply drafting errors" given a number of factors, including Target's "stated intention."

The monitor also points to the rationale for the assignment of the leasehold arrangements; the conduct of the parties following the assignment, as shown by the information provided by it in support of its claim; and the property company not being in the position to serve "as lessor under the leasebacks without possessing the benefit of the tenancy afforded by the subleases."

Excluding the $3.1-billion of subordinated debt, Target Canada filed for intercompany debts of more than $2.1-billion, the monitor report suggests. Ultimately, it approved intercompany claims against the retailer of more than $1.5-billion. (The figures are inexact because of currency conversion issues and complex cross-claims among its divisions.)

Among the intercompany claims are $12-million tied to Target's pharmacies. This week, former franchised pharmacists' representatives called on Ottawa to change the Companies' Creditors Arrangement Act – under which Target got court protection – to prevent other foreign companies from using it as a way of going out of business. The pharmacists estimate their claims to be between $150-million and $200-million.

"A fair CCAA process with Target must include a fair claim process with non-Target creditors first," Dan Dimovski, a former Target pharmacy partner and president of the Pharmacy Franchisee Association of Canada, said in a letter to its members this week.

The franchised pharmacists struggle with debts from having invested in their drugstore rollouts, including hiring their own staff and buying inventory. 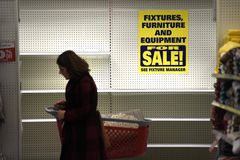 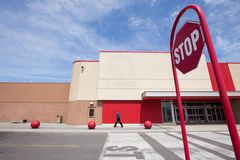 RioCan in talks to recoup millions in lost rent from Target Canada
July 31, 2015 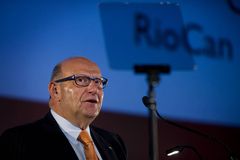