Prominent litigator Alan Lenczner wouldn't say why he recently invited a handful of reporters to the boardroom of his firm's 26th-floor downtown Toronto offices. But he promised news about "the biggest case in the world."

He wasn't kidding. Mr. Lenczner, 69, a veteran of high-stakes court battles, has now become the Canadian face of perhaps the largest, longest-running, and most controversial lawsuit against a major company anywhere in the world.

With a slim, eight-page statement of claim filed in Ontario Superior Court on May 30, Mr. Lenczner brought the $18.3-billion Ecuadorean court judgment that is hanging over oil giant Chevron Corp. to Canada.

This latest move in the 19-year battle over oil pollution in the Amazon is an attempt to force Chevron, and its Canadian subsidiaries, to pay the amount demanded in the judgment, which was won last year by a team of Ecuadorean and U.S. lawyers acting for a group of Amazon villagers.

The case is mired in allegations from both sides of corruption and dirty tricks, and bitter, duelling public-relations campaigns. It's a complicated case, and one of Canada's most prominent lawyers is now in the middle of it.

Chevron refuses to pay the damage award, which it calls "illegitimate." In a lawsuit filed in New York, the company accuses the plaintiffs' legal team, which retained Mr. Lenczner, of bribery, fraud, fabricating evidence and racketeering. The plaintiffs strongly deny the allegations and make their own against Chevron, which they accuse of trying to manipulate the trial in Ecuador through bribery and fraud.

On Tuesday, Chevron launched an attack against Mr. Lenczner with a statement on its website headlined "Plaintiffs continue their campaign of lies and deceit in Canada."

In an interview with The Globe, Mr. Lenczner dismissed Chevron's allegations: "I think it's a huge distraction. And they are doing it well … Nobody suggests that you didn't have an environmental disaster."

Mr. Lenczner, who has practised law for 43 years, is no radical left-wing crusader. He's on the board of Winnipeg-based HudBay Minerals Inc. And he's fresh from winning a case for Brazil's Vale SA against a group of residents in Port Colborne, Ont., who sued over environmental damage from the town's former Inco nickel refinery (Inco was bought by Vale).

Mr. Lenczner was called to the bar in 1969 and spent 22 years at what is now McCarthy Tétrault LLP, handling some of the biggest commercial litigation cases of the day. In 1992, he and fellow McCarthys litigator Ron Slaght struck out on their own. Twenty years later, Lenczner Slaght Royce Smith Griffin LLP has 44 lawyers, including recently retired Supreme Court justice Ian Binnie.

Mr. Lenczner says he is convinced that the Ecuadorean judgment is the product of a fair trial and should be recognized in Canada.

But he knows he is in for a fight. Chevron is expected to retain the best legal talent it can find to fight any recognition of the Ecuadorean judgment in Ontario. U.S.-based Chevron Corp. says it has hired a legal team with Norton Rose Canada, but its two Canadian subsidiaries named in the Ontario proceeding either have not yet retained counsel or would not reveal it publicly.

The original lawsuit dates back to 1993. It was actually Texaco that was initially accused of polluting the Amazon while drilling for oil in the 1970s and 1980s, as part of a consortium with the state oil company, Petroecuador. When Texaco pulled out in the 1990s, it agreed to $40-million worth of environmental remediation. Chevron, which acquired Texaco in 2001, argues that this agreement means it is Petroecuador that should cover the costs of any cleanup.

On Tuesday, Chevron seized on comments made by Mr. Lenczner last week that the Ecuadoreans in the region affected by the oil waste had suffered health problems and that oil had contaminated groundwater, insisting that scientific evidence showed those claims were false. Mr. Lenczner, and a spokeswoman for the plaintiffs, say the Ecuadorean court found otherwise in its $18.3-billion ruling.

The company has also pointed to e-mails it has entered into U.S. courts referring to U.S. law firms parting ways with the plaintiffs' U.S. lawyers, citing "ethical" concerns. A Chevron spokesman, Kent Robertson, said Tuesday that it is Chevron's fraud allegations in U.S. courts that have prompted the plaintiffs to seek to enforce their judgment in Ontario: "The fraud is precisely why they are in Canada."

The plaintiffs say they are free to try to enforce their judgment in any country where Chevron has assets. Mr. Lenczner says none of Chevron's allegations change the situation on the ground, which he saw first-hand on a trip to the Lago Agrio region of Ecuador.

The trip, he said, and the open pits of oil waste that he saw, convinced him that something needed to be done to help the people there.

"It influenced my decision a lot. I just saw the devastation … and I've seen the plight of these people," he said. "… Forget the noise about lawsuits and distraction and internal memos and everything else, the fact remains that this is a mess." 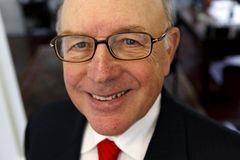 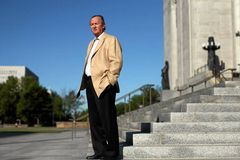 Billions of dollars in taxes hang in balance at top court
May 29, 2012