Conrad Black has been tried, convicted, jailed and released. But two of his former Toronto lawyers are still facing fallout from the collapse of his Hollinger media empire.

For more than two years, two lawyers from Torys LLP, minor players in the Hollinger drama, have been before a Law Society of Upper Canada professional disciplinary panel, accused of acting in a conflict-of-interest during corporate deals over a decade ago.

The pair, Darren Sukonick and Beth DeMerchant, are accused of breaking the profession's rules by acting both for Hollinger International Inc., and for Mr. Black and certain Hollinger directors and executives when the group received $80-million in controversial "non-compete payments" in the sales of Hollinger's Canadian newspaper empire in 2000.

The law society's allegations centre on advice the lawyers allegedly gave about the need to disclose those payments. Lawyers for Ms. DeMerchant, who has since retired from the firm, and Mr. Sukonick have argued they acted properly and according to the rules.

The hearing, which followed a law society investigation that began almost seven years ago and has since hung over the pair's careers, is just one of several complex, high-profile disputes as the country's legal profession continues to grapple with the thorny issue of conflicts of interest for lawyers.

Cassels Brock & Blackwell LLP is facing allegations in a lawsuit that it was wrong to act for both a group of General Motors car dealers and for the Canadian government, which was allegedly pressuring GM to reduce its dealer network.

And the Supreme Court of Canada has agreed to hear an appeal by Canadian National Railway Co. of a decision that allowed Saskatchewan law firm McKercher LLP to launch a class action against CN, despite having also acted for the railway on other cases. Lawyers say the case may give the court a chance to clarify the issue.

For the past several years, the profession's leaders have been arguing over the rules that should govern conflicts.

The Federation of Law Societies of Canada, the umbrella group of the provincial entities that regulate lawyers, and the Canadian Bar Association, which represents the profession, were long at loggerheads over the issue.

After a landmark 2002 Supreme Court of Canada decision, R v. Neil, appeared to dramatically rewrite the rules on conflicts, the law societies moved toward a strict new conflicts rule. The proposed rule, based on the Neil decision, would have disallowed a law firm from acting for a client whose legal interests clashed with any of its other current clients, even if the two matters at issue were completely unrelated.

Many in the profession feared this was impractical, said Scott Jolliffe, the chairman and chief executive officer of Gowling Lafleur Henderson LLP, who chaired a Canadian Bar Association task force set up to tackle the issue.

He said the Neil decision, and another subsequent decision that saw the Supreme Court split on the conflict question, created confusion in the profession and problems for large law firms with offices across the country, where conflicts could easily arise between clients.

"Both lawyers and clients were no longer able to understand what the state of affairs were in dealing with conflicts, … " Mr. Jolliffe said in an interview. "Clients found, after the Neil case, that their long-standing law firms, who know their business and their affairs, were being conflicted out. … It became as much a concern on the part of clients as it did lawyers."

The two sides agreed last year on a compromise model rule, which defines a conflict of interest as "the existence of a substantial risk" that a lawyer's work for a client would be "materially and adversely" affected by a lawyer's duties to another past or current client. A lawyer can stay on the file, however, if he or she discloses the potential conflict, and clients agree. Law societies are now adopting their own versions of this model rule.

Adam Dodek, an associate professor of law with the University of Ottawa, argues the Torys case shows that the Law Society of Upper Canada needs to make even more sweeping changes, and include law firms, not just individual lawyers, under its jurisdiction, as he said B.C. and Nova Scotia have started to do: "Individual lawyers don't make decisions as to whether to accept a particular client or not. There are [law] firm policies regarding that."

Meanwhile, the fight over what Mr. Black's lawyers allegedly did or should have done is expected to continue before the Law Society of Upper Canada for months, with no decision until at least next year.

In his recent biography, A Matter of Principle, Mr. Black offers a parenthetical and backhanded defence of Mr. Sukonick and Ms. DeMerchant.

"I was never overly impressed with their imagination, and some of their advice was incorrect, but I don't think they were unethical or negligent," he writes. "The singling out of them, as well as the Law Society's rather banal allegations, seems to me to be shabby and tokenistic placation of opinion by the Toronto legal establishment, at the expense of two relatively defenseless scapegoats." 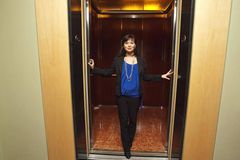 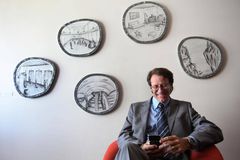 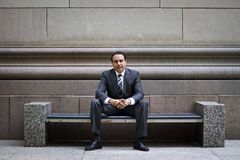 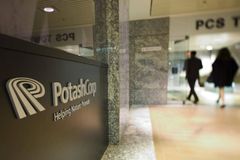 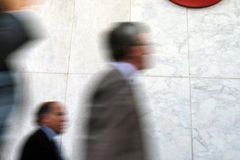 The risky business of investing in lawsuits
June 26, 2012 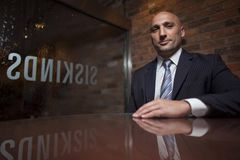 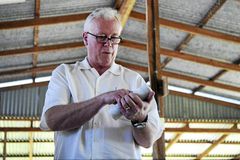