In the next few years, there may be a new junior associate, called Ross, working at a Bay Street law firm. He will handle legal research on big cases, and the senior partners are really going to like him: He is quiet, works orders-of-magnitude faster than any other lawyer on Earth and has a steel-trap mind. He even won a TV quiz show a few years ago.

This new associate, however, is lousy company at the law firm's cocktail events. That's because he is a computer program.

Ross is the brainchild of a group of University of Toronto students given access to Watson, the artificially intelligent computer system developed by International Business Machines Corp. that made headlines with its victory on the TV quiz show Jeopardy! in 2011. Instead of feeding Watson a diet of general knowledge, they trained its powers on a body of Ontario corporate law decisions and statutes.

"Basically, what we built is a the best legal researcher available," explains Ross co-founder Andrew Arruda, 25, a University of Saskatchewan law graduate who is articling at Toronto law firm Azevedo & Nelson. "It's able to do what it would take lawyers hours to do in seconds."

The idea of using artificial intelligence to transform the practice of law has attracted a lot of attention in recent years. Some U.S. legal startups and researchers have been using computer analysis of databases of past cases to predict outcomes of future ones. And specialized, artificially intelligent software can now "learn" as it combs though millions of e-mails to find relevant information before high-stakes litigation.

Since the success on Jeopardy!, IBM has been putting Watson's ability to sift through billions of pages of data in seconds to use in other areas. A medical application processes mountains of medical research for doctors helping cancer patients, even offering recommended treatments. A Guelph, Ont.-based outfit, LifeLearn Inc., has developed a similar app for veterinarians. In one experiment, Watson was used as a robot corporate director, listening in on a mock board meeting and offering recommendations on what to do. Efforts to bring Watson and what is known as "cognitive computing" to the legal world, while under way, are not yet as advanced.

But Ross, and other similar efforts being spearheaded by IBM, may help change that. This year, IBM offered 10 top universities – U of T is the only one outside the United States – access to its Watson system remotely, using cloud computing. U of T held a competition, selecting Ross as the winner to face teams from the other nine schools in New York in January.

At stake is $100,000 in seed money and continued access to Watson. All five of U of T's student teams competed with different legal applications for Watson: One, called Divorcesay, was an online app to help you split with your spouse. Ross won, based not only on its use of the technology but on its business plan.

Here's how Ross's creators say it works: You ask it a legal question, and it spits out an answer, citing a legal case, providing some relevant readings and a percentage number indicating how confident Ross is he got it right. If a new case that might be relevant to your question comes into the database, Ross knows right away and alerts you on your smartphone, perhaps as you are heading to court.

"When we are short of time, we just say it is Siri for lawyers," says Ross team software engineer Jimoh Ovbiagele, 21, referring to the Apple iPhone's talking concierge program. He adds that "Watson is a lot smarter than Siri."

Mr. Ovbiagele, who is also lead engineer at a tech consulting firm and has previously worked on predictive text technology and self-driving cars, says the goal is not to replace lawyers, but to help them do better work. He compares the concept to "centaur" chess tournaments, where human players are allowed to consult chess computers on their moves. These so-called "centaurs" tend to beat both computers or humans acting alone.

Rick Power, IBM's Watson business leader for Canada, said the impetus for IBM's project involving the universities was to start to build up an "ecosystem" of developers familiar with Watson and finding new ways to use the technology.

Watson, which is physically the size of three pizza boxes, is available through IBM's cloud computing system without needing to be physically present. And next year, Mr. Power said, the program that spawned Ross is set to be expanded to involve 100 universities: "We feel that Watson is really the dawn of an era of cognitive computing."

Daniel Katz, an associate professor of law at Michigan State University and a recognized expert on the emerging use of artificial intelligence in law, recently co-authored an article for the American Bar Association's website that calls Watson "the most significant technology ever to come to law" and predicts that within a few years, first-year law students could have a version of Watson at their desks.

New technologies are already eroding the number of entry-level legal jobs where grunt work like legal research and reviewing documents is done, Prof. Katz said in an interview. And while young lawyers might be threatened, Prof. Katz said they are also more likely to embrace new gadgets than their grey-haired senior partners: "The next 25 years in a lot of fields are all about labour being augmented in some form by technology."

Even Stephen Hawking fears the rise of machines
December 2, 2014 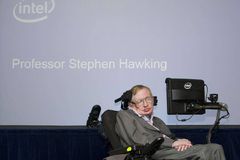 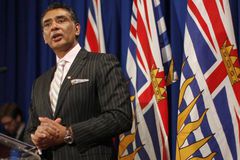