It is only a matter of time, lawyers say, before a Canadian courtroom plays host to a procedure known as "hot-tubbing." Despite the name, it does not involve installing Jacuzzis to relax witnesses.

"Hot-tubbing," common practice in Australian courts, is also known by the less colourful label "concurrent evidence." It means that expert witnesses in a complex, technical trial - such as a patent dispute about pharmaceuticals, for example - can testify in court together on a panel, rather than one-by-one in the witness box.

This allows lawyers and the judge to question the experts in each other's presence. It also allows the experts to directly challenge each other's evidence. Ideally, a judge with only a layman's knowledge of complex technical matters can more easily pinpoint the key issues in a case.

Some lawyers remain lukewarm to hot-tubbing, which is clearly a departure from the more adversarial tradition of Canadian courtrooms. But it is clearly bubbling here.

It long been standard practice at administrative boards or quasi-judicial tribunals, such as the National Energy Board and the Ontario Municipal Board. But it is not believed to have been used in a full-blown Canadian court of law.

That could change soon. New rules that came into effect last year for the Federal Court aimed at speeding up lengthy and complex intellectual property trials now allow judges to force lawyers to serve up their experts in a hot tub.

Changes last year to Ontario's rules of civil procedure, meant to speed up the justice system and reduce its spiralling costs, now allow for pretrial hot-tub-like meetings between opposing sides' experts to hash out the key issues of debate. Quebec courts allow for similar conferences.

Bryan Finlay, a Toronto lawyer and the head of WeirFoulds LLP's litigation department, said the procedure could be a benefit in complex litigation bogged down by conflicting experts.

"When you have two or three or four or five experts, what's the best way of synthesizing their evidence to really boil down and identify really what separates the experts? So let's, you know, put them all in a 'tub,' in a courtroom," said Mr. Finlay, who included hot-tubbing in a recent paper on new litigation tools.

Courts have become more skeptical of the ever-increasing number of expert witnesses paraded into trials, Mr. Finlay said. That skepticism only increased after the inquiry into disgraced Ontario pathologist Charles Smith, whose faulty autopsies of children sent several people to jail after they were falsely accused of killing them.

"That highlighted the concern that the courts have now, and have had for some time, with so-called experts and the proper use of them," Mr. Finlay said. "I think what we see is a sea change. I think the court is becoming much more strict in the use and the qualification of experts, and how best to use them."

Judith Robinson, a litigator with Ogilvy Renault LLP in Montreal who often appears before the Federal Court, said a new attitude toward experts is already in effect.

In a recent trial over a patent on a helicopter part, the judge was more aggressive in intervening in the courtroom and questioning expert witnesses, Ms. Robinson said, even without a formal hot tub.

"Your judge who doesn't necessarily or almost always doesn't have a background in that particular technology has to absorb and try and distinguish where the experts differ, and who's right," she said. "And I think there has been a recognition that that's virtually impossible."

She said did not object to helping judges absorb very complex information in cases and find the heart of a debate. But she said she believes judges had those powers already, without hot tubs.

And she said wouldn't volunteer to try one out in a trial: "Unless I come under pressure from a judge, I am not sure why I would go there."

John O'Sullivan, a litigator at WeirFoulds LLP, said the hot-tubbing idea comes as courts seek to ensure that expert witnesses are not merely advocates for one side in the litigation: "The courts are really trying to emphasize the importance of experts not being just paid talking heads but people who are assisting the court arriving at the truth of the case."

It is judges who seem to like the hot-tub idea the most. Prominent voices from the bench in Canada have been praising the idea. Mr. Finlay cites a 2009 Federal Court decision on a pharmaceutical patent battle between Eli Lilly & Co. and Toronto-based generic giant Apotex Inc., by Madam Justice Johanne Gauthier, in which she wrote that "the use of hot-tubbing would have been particularly useful."

Mr. Justice Ian Binnie of the Supreme Court of Canada wrote in a recent paper that "'duelling experts' may make bad teachers" and argued that courts should look to new ways of doing things, such as hot-tubbing or out-of-court seminars with expert witnesses to help judges understand scientific or complex financial issues at stake in a trial.

Hot tubs, Judge Binnie wrote, might keep expert witnesses on their best behaviour: "The theory is that experts testifying in the presence of one another are likely to be more measured and complete in their pronouncements, knowing that exaggeration or errors will be pounced upon instantly by a learned colleague, as opposed to being argued about days later, perhaps by unlearned opposing counsel."

Mr. Finlay, a veteran litigator familiar with hot tubs at administrative tribunals, acknowledged that not all lawyers are thrilled with the prospect. Some say more outspoken experts might unfairly dominate a hot-tub panel. Other say they will need to spend more time preparing witnesses for a back-and-forth with the opposing side. And if the experts end up in a vehement debate, it is easy to argue that court time could be wasted, not saved.

"I think it cuts against the grain of our traditional approach," Mr. Finlay said. "To lose control of one's expert can be a nerve-wracking experience, or can appear to be, for a lawyer." 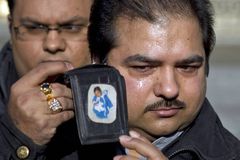 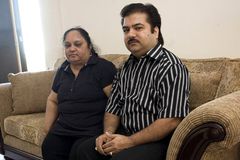 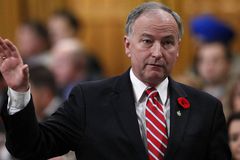